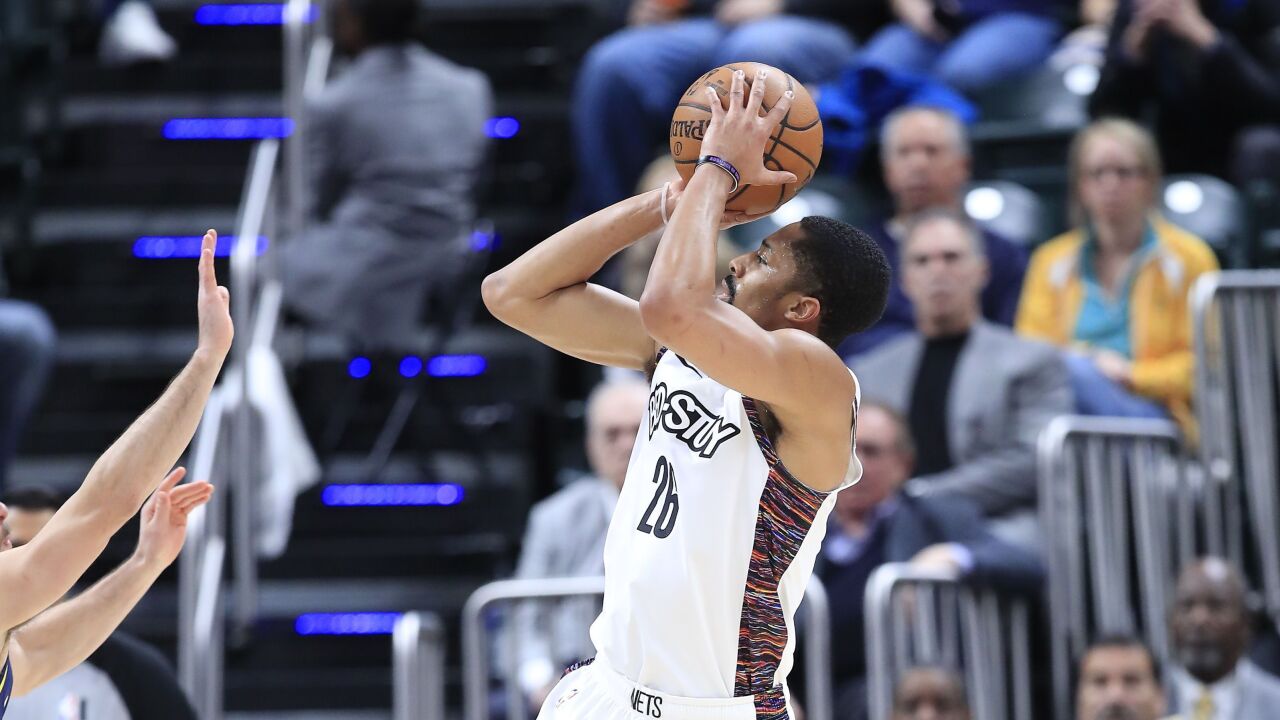 Andy Lyons/Getty Images
INDIANAPOLIS, INDIANA - FEBRUARY 10: Spencer Dinwiddie #26 of the Brooklyn Nets shoots the ball in the 106-105 win against the Indiana Pacers at Bankers Life Fieldhouse on February 10, 2020 in Indianapolis, Indiana. NOTE TO USER: User expressly acknowledges and agrees that, by downloading and or using this photograph, User is consenting to the terms and conditions of the Getty Images License Agreement. (Photo by Andy Lyons/Getty Images)

Spencer Dinwiddie made a 21-foot jumper with 5 seconds left to give the Brooklyn Nets a 106-105 victory over the Indiana Pacers.

Dinwiddie finished with 21 points. The lead changed hands three times in the final 27 seconds but Malcolm Brogdon's 3-pointer at the buzzer came up short and the Pacers lost their sixth in a row.

Brooklyn has won two straight at Indianapolis for the first time since 2012-13.

Domantas Sabonis led the Pacers with 23 points, 10 rebounds and 11 assists. It was his fourth triple-double this season.