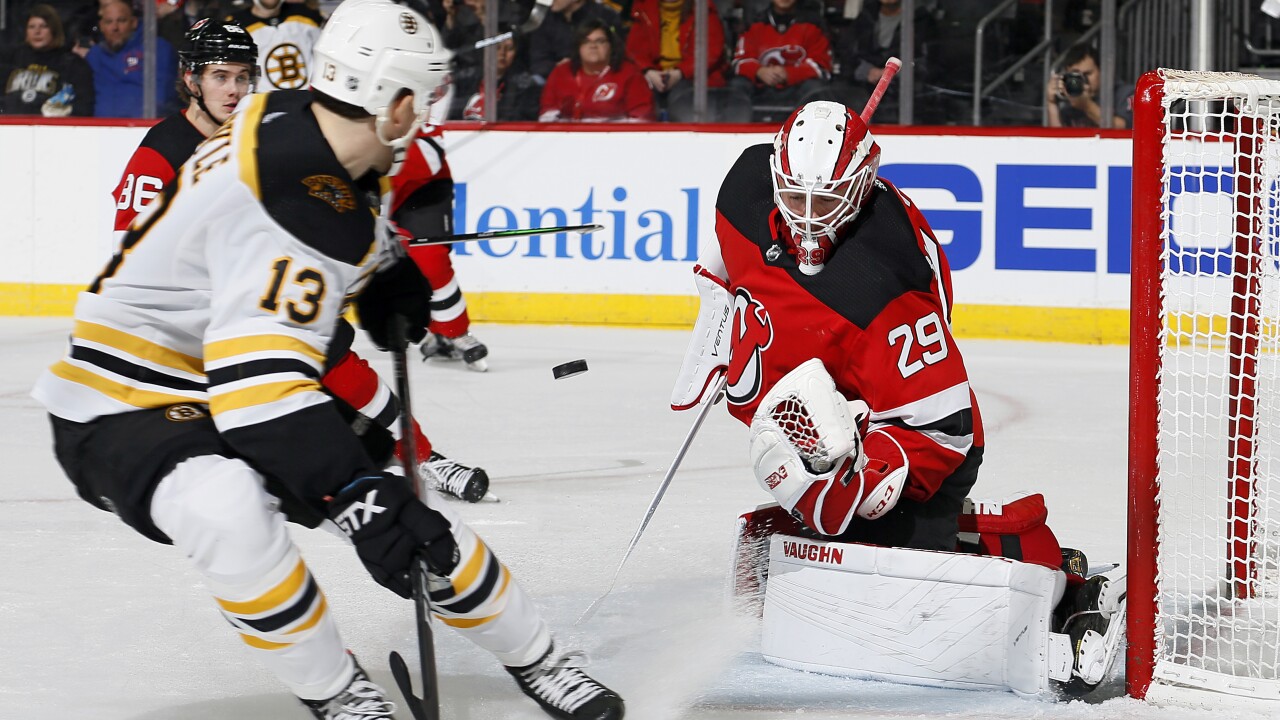 Damon Severson scored in the sixth round of the shootout to give the New Jersey Devils a 3-2 victory over the Boston Bruins.

After the first eight shooters were stopped, Jack Hughes for New Jersey and Chris Wagner of Boston both scored to set the stage for Severson.

Blake Coleman and Jesper Bratt scored for the Devils in regulation and Blackwood stopped 28 shots as New Jersey earned its second straight win.