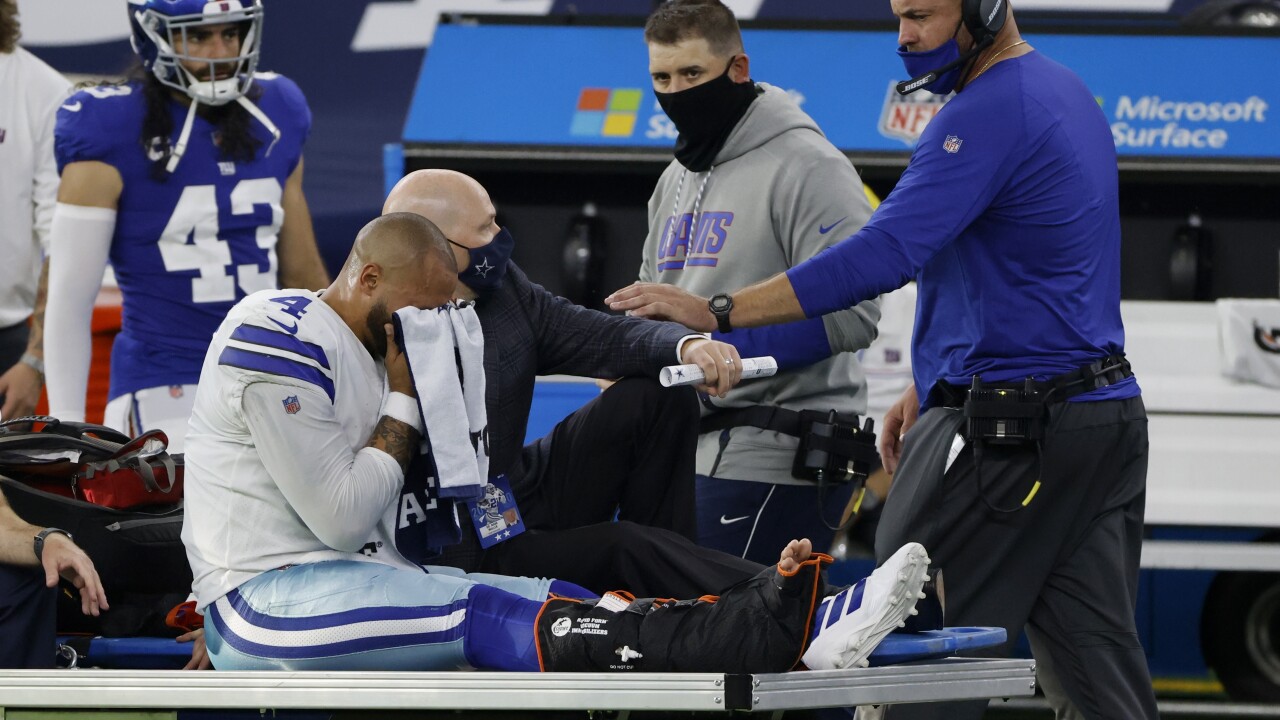 Ron Jenkins/AP
An emotional Dallas Cowboys quarterback Dak Prescott, wipes his face with a towel as he is carted off the field after suffering an unknown right lower leg injury in the second half of an NFL football game against the New York Giants in Arlington, Texas, Sunday, Oct. 11, 2020. The Giants' Nate Ebner (43) and staff look on. (AP Photo/Ron Jenkins)

ARLINGTON, Texas — Dak Prescott sustained a gruesome ankle injury not long after his first career touchdown catch before backup Andy Dalton led a drive to a field goal on the final play, and the Dallas Cowboys beat the winless New York Giants 37-34.

Michael Gallup made two spectacular sideline catches on throws from Dalton, the second a 38-yarder to the New York 16.

Greg Zuerlein followed with his second game-ending kick of the season, from 34 yards.

The Cowboys ran the clock down to 3 seconds, and Greg Zuerlein had his second game-ending kick of the season, from 34 yards.

The team said Prescott has a fracture dislocation, and surgery is scheduled.