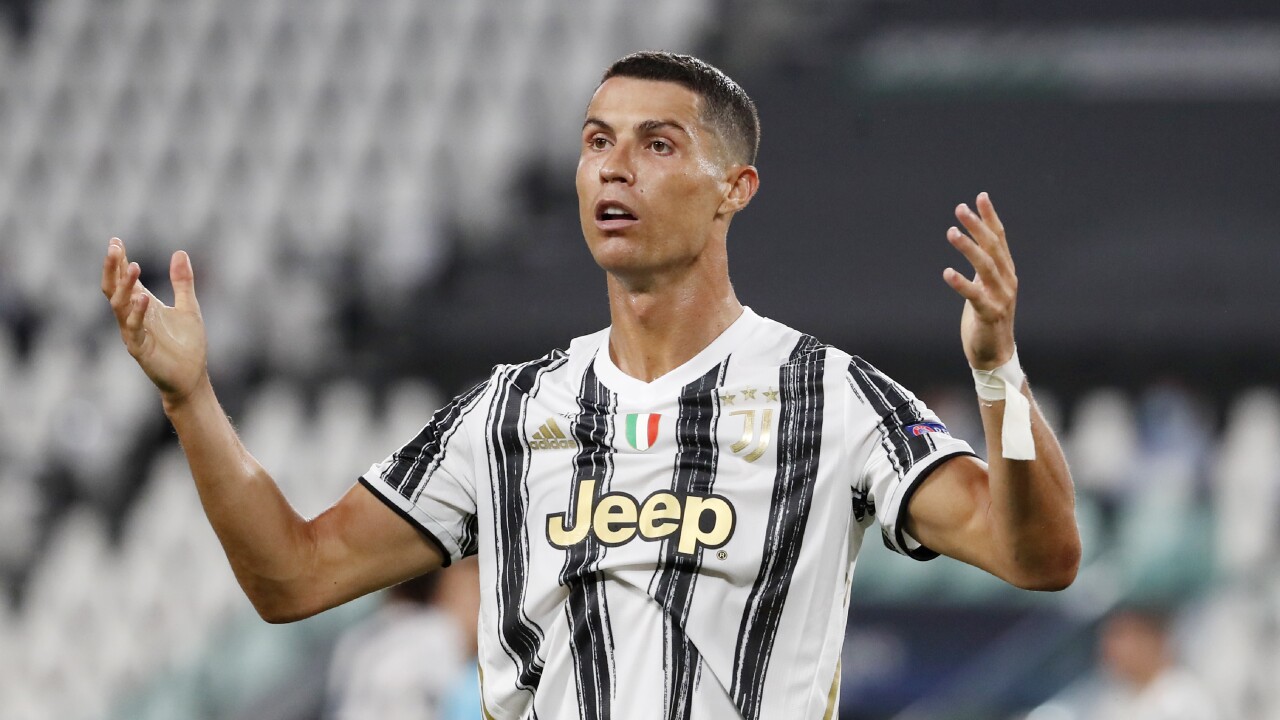 (Copyright 2020 The Associated Press. All rights reserved. This material may not be published, broadcast, rewritten or redistributed.)
Antonio Calanni/AP
Juventus' Cristiano Ronaldo gestures during the Champions League round of 16 second leg soccer match between Juventus and Lyon at the Allianz stadium in Turin, Italy, Friday, Aug. 7, 2020.

The federation says Ronaldo is doing well and has no symptoms.

He has been dropped from the country's Nations League match against Sweden on Wednesday.

The federation says Ronaldo’s result prompted another round of tests for the rest of the Portugal squad.

It says everyone else tested negative.