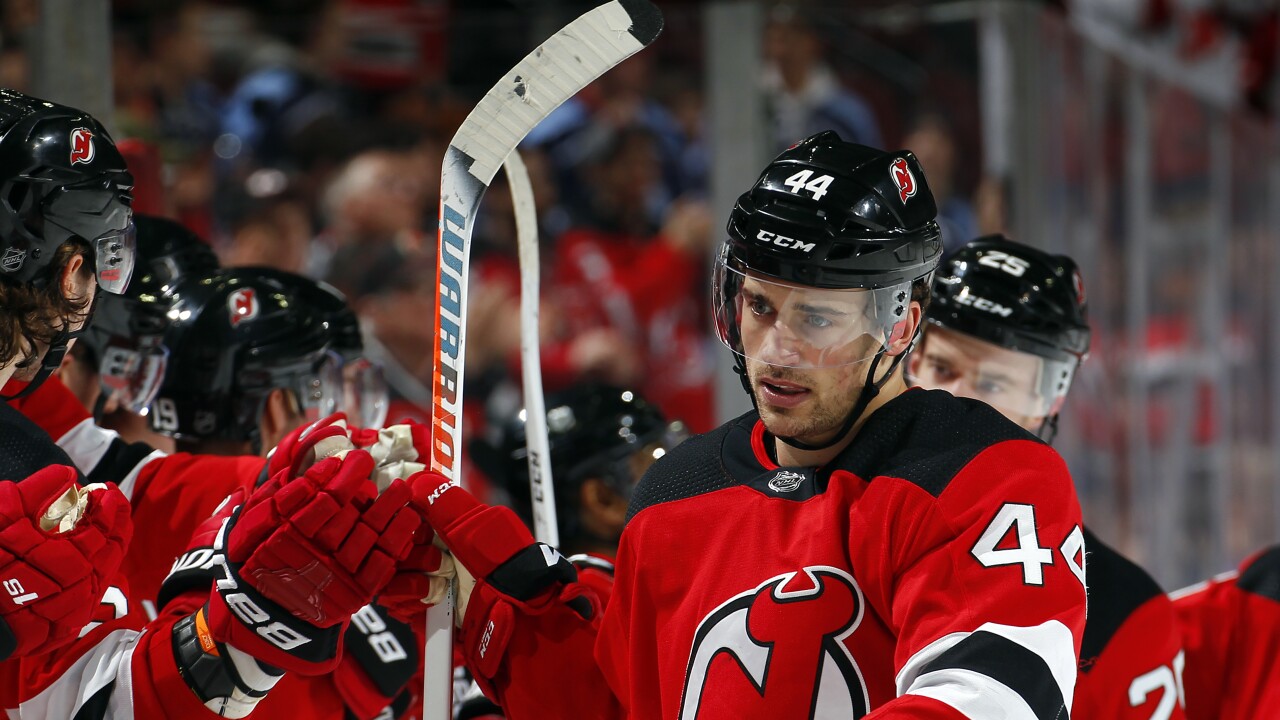 The Devils chased Philadelphia goaltender Brian Elliott from the game early in the third period.