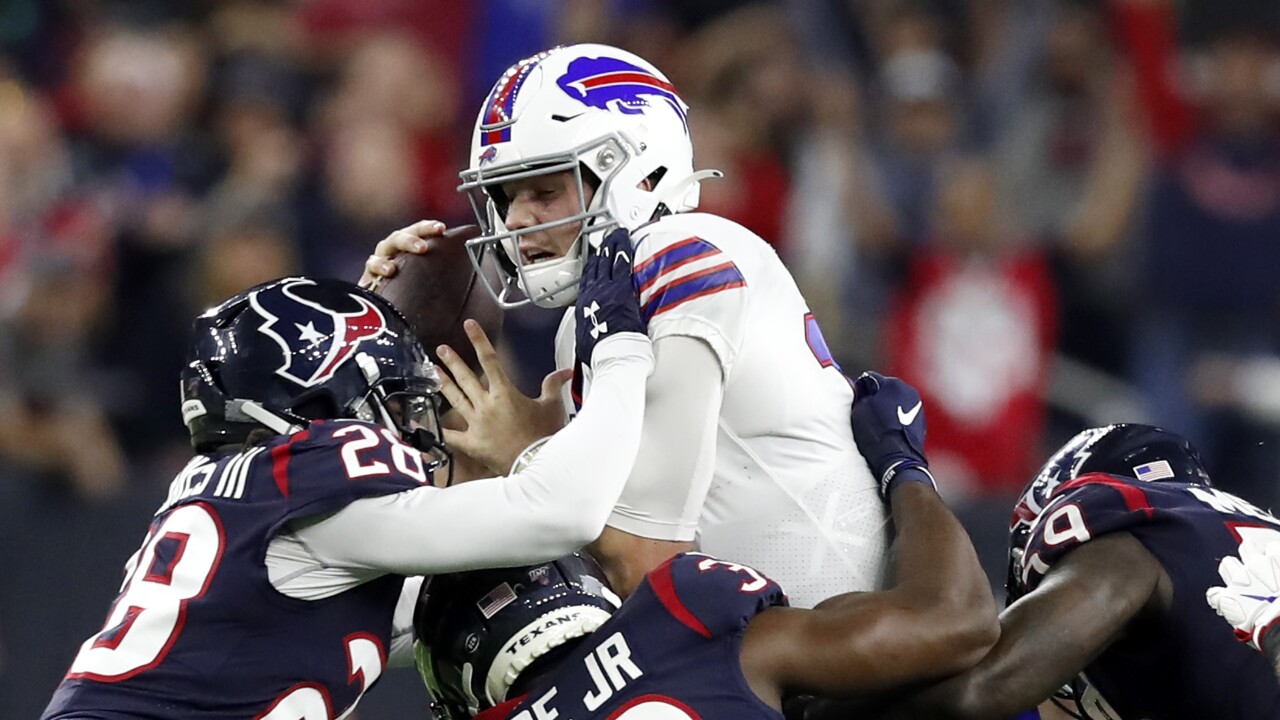 HOUSTON — The Buffalo Bills, the only New York team in the NFL playoffs, were this close.

Deshaun Watson spun out of a would-be sack and coolly completed a pass that set up the winning field goal in overtime for the Houston Texans, who rallied from a double-digit second-half deficit for a 22-19 victory over the Bills in the first round of the playoffs Saturday.

Both teams had to punt on their first possessions of overtime. On Houston’s next drive, Watson evaded a sack by wriggling away from one defender and bouncing off another before rolling out to find Taiwan Jones for a 34-yard reception to set up first-and-goal. Ka'imi Fairbairn then kicked a 28-yard field goal to lift Houston to the victory.

The Bills continue their playoff win drought; the last time they won a playoff game was Dec. 30, 1995.

Copyright 2020 Scripps Media, Inc. The Associated Press contributed to this report. All rights reserved. This material may not be published, broadcast, rewritten, or redistributed.