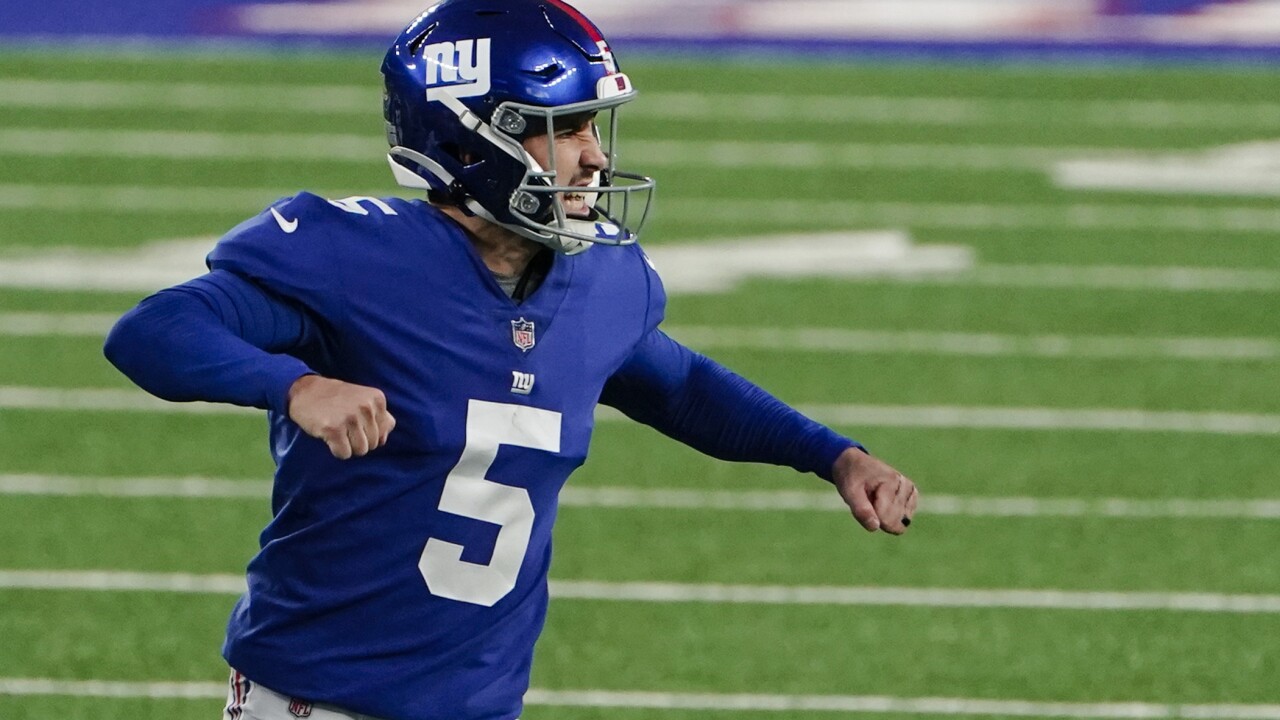 EAST RUTHERFORD, N.J. — The New York Giants announced Tuesday morning that another of their players had tested positive for COVID-19.

The team wrote on Twitter that they were notified Monday night that the unidentified player had tested positive and was "immediately self-isolated" as contact tracing was initiated.

The player was later identified as kicker Graham Gano, who was added to the team's COVID-19 list.

Two staff members who were close contacts of the player were identified and informed to stay home Tuesday.

Giants Statement (1/2): Last night, we were notified that a player tested positive for COVID-19. The player was immediately self-isolated, and the contact tracing process was initiated. Two close contacts, both staff members, were identified and were informed to remain home today

"We are working closely with the NFL's Chief Medical Officer regarding next protocol steps," the Giants wrote in the tweets.

In October, offensive guard Will Hernandez tested positive for COVID-19 and was moved to the team's COVID reserve list and missed two games.

Hernandez was activated again on Nov. 10.