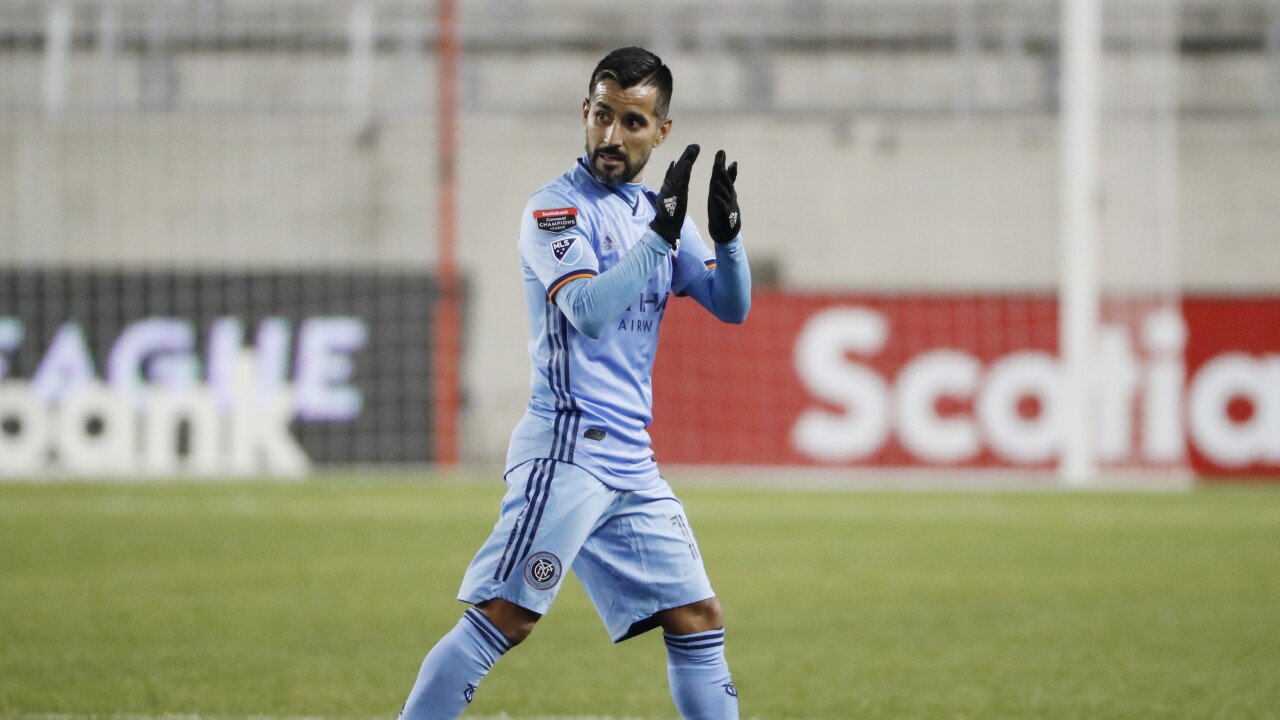 Kathy Willens/AP
New York City FC midfielder Maximiliano Moralez appaluds his teammates as he leaves the field for a substitution during the second half against San Carlos in the second leg of a CONCACAF Champions League soccer match Wednesday, Feb. 26, 2020, in Harrison, N.J. (AP Photo/Kathy Willens)

TORONTO — Nigerian rookie Ifunanyachi Achara scored in the 81st minute in his MLS debut to give Toronto FC a 1-0 victory over New York City FC on Saturday.

Alejandro Pozuelo swept the ball wide to Richie Laryea, whose cross deflected off defender Ronald Mataritta to the far corner of the goal for Achara to head it in.

Toronto (1-0-1) had a goal by Achara and potential penalty waved off by video review in the first half.