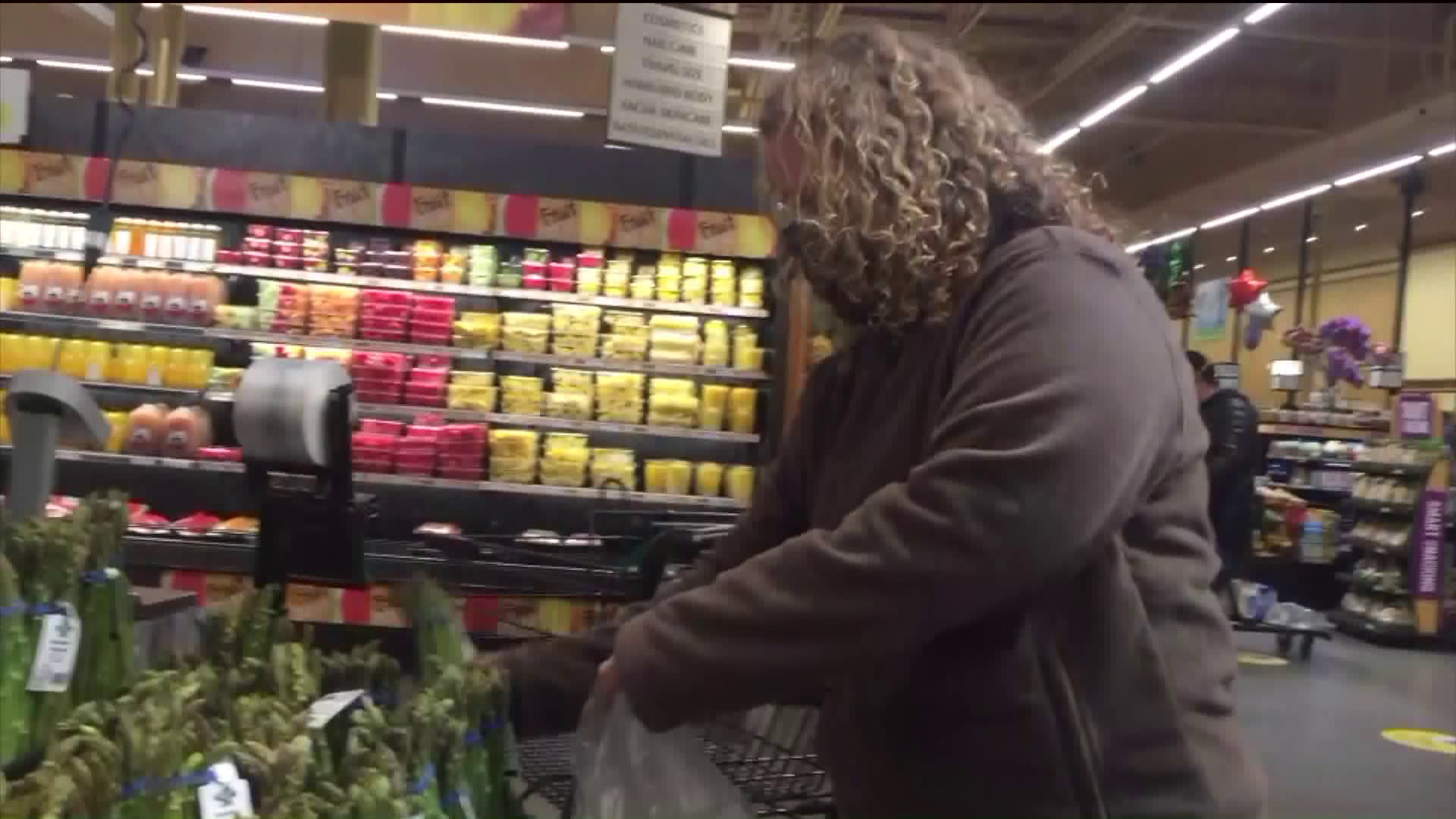 It’s a new coronavirus-inspired career born out of necessity.

NEW JERSEY — Christen McAuliffe’s days have lately been starting earlier and ending later, with a dizzying number of runs to the grocery store in between.

“Every day I’m getting like four and five new people who want to use my services, McAuliffe, who’s a personal shopper in northern New Jersey, said.

It’s a new coronavirus-inspired career born out of necessity.

“Six months ago, I was working a beach bar down in Lauderdale by the sea in Florida,” she said. “Living my best life and COVID hit: all of a sudden, I got a phone call one say and said ‘guess what, we’re closed. You don’t have a job.’”

That was almost two months ago.

“I thought I’d ride the wave of unemployment and that never came,” she said.

So McAuliffe returned to Bergen County, New Jersey, where she grew up, flat broke.

“I’m in survival mode,” she said. “I just can’t sit there and not make any money. I like to work.”

Rather than sit back and count her tears, she made lemonade out of lemons and started buying them, among other items, for her customers.

McAuliffe charges either a flat fee or a percentage of your total grocery bill for her shopping services – and the business of ‘Christen the Grocery Get’r’ - is booming.

“I shop for them. I pay for it up front and then when I deliver to their steps, we never have to see each other,” she said. “They could either leave me cash, or Venmo, or PayPal or Zelle.”

For satisfied customer Darius Pemberton of Hackensack, New Jersey, McAuliffe’s own struggles – and her refusal to let coronavirus win – led to an innovative way to save others time – and worry.

“She’s been excellent. I was able to shop online, as I normally would, sent a quick text to Christen with the items in there,” Pemberton said. “It was seamless. She left the items on my doorstep. Christen always has the gloves and the mask on. If items weren’t there – she texts me. And she delivered the items, right at my doorstep.”

Sociologist and economist Dr. Randall Bell said the economic transformation that Christen experienced signals the drastic evolution our economy is experiencing as a whole.

“People are thinking outside of the traditional careers that they have, and maybe going back to the careers they had in a prior life, and that’s where they’re finding success,” Dr. Bell said. “Anytime you’re dropped into some hot water, you see what you’re made out of, and people – obviously, in my mind, will come out stronger than they were before.”

So where does that leave Christen the grocery getter?

Christen grew up in northern New Jersey, but she considers herself a Floridian. She now has a big decision to make. She’s back home – with a business that’s booming.

“I’m swamped,” McAuliffe exclaimed, “I’m happy about it. Yes, this is a very good problem for me.”

It means for at least right now, a return to Florida is not on the shopping list.