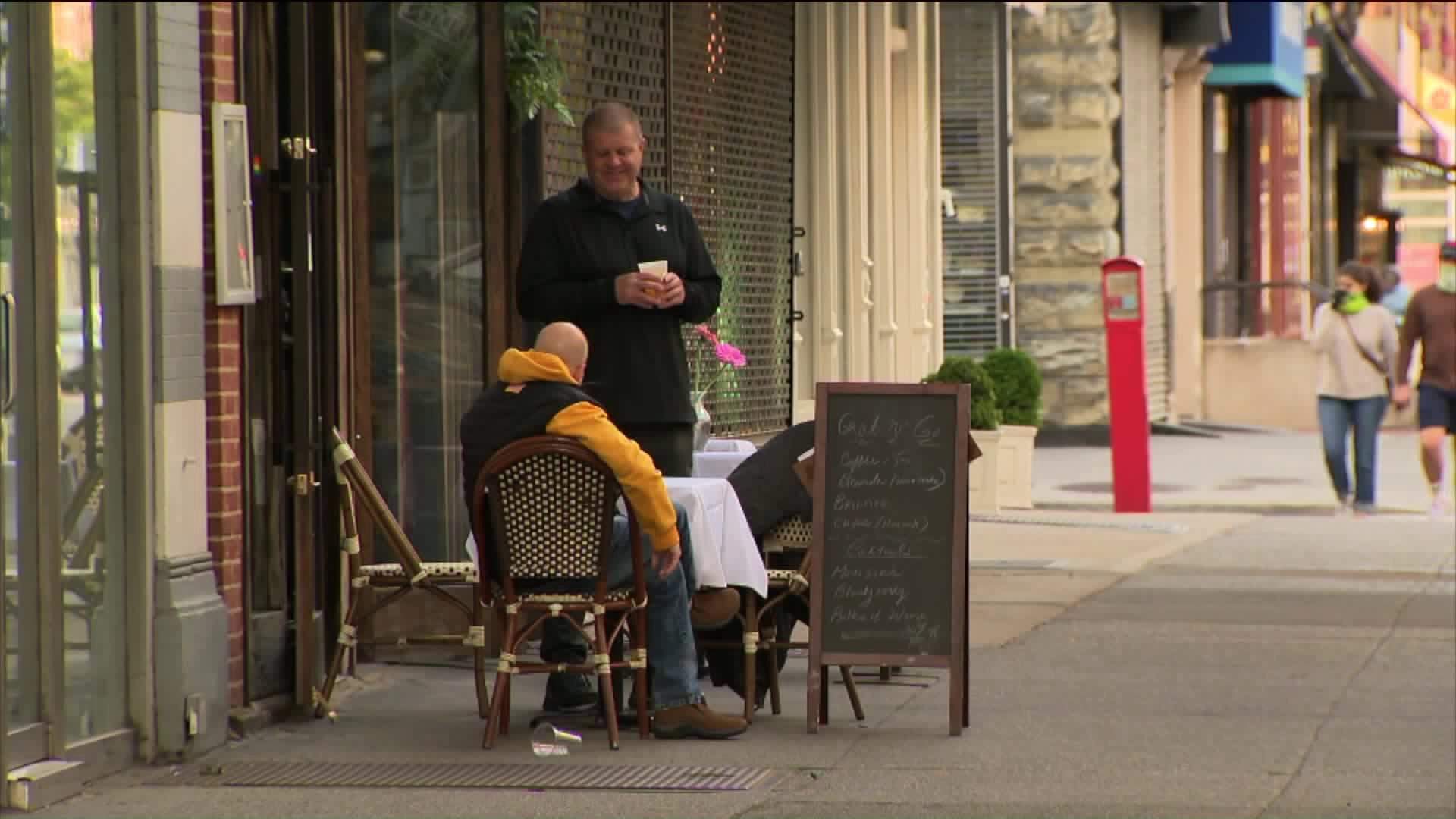 Some restaurateurs and advocates say opening up sidewalks and closing streets could help the city recover financially. 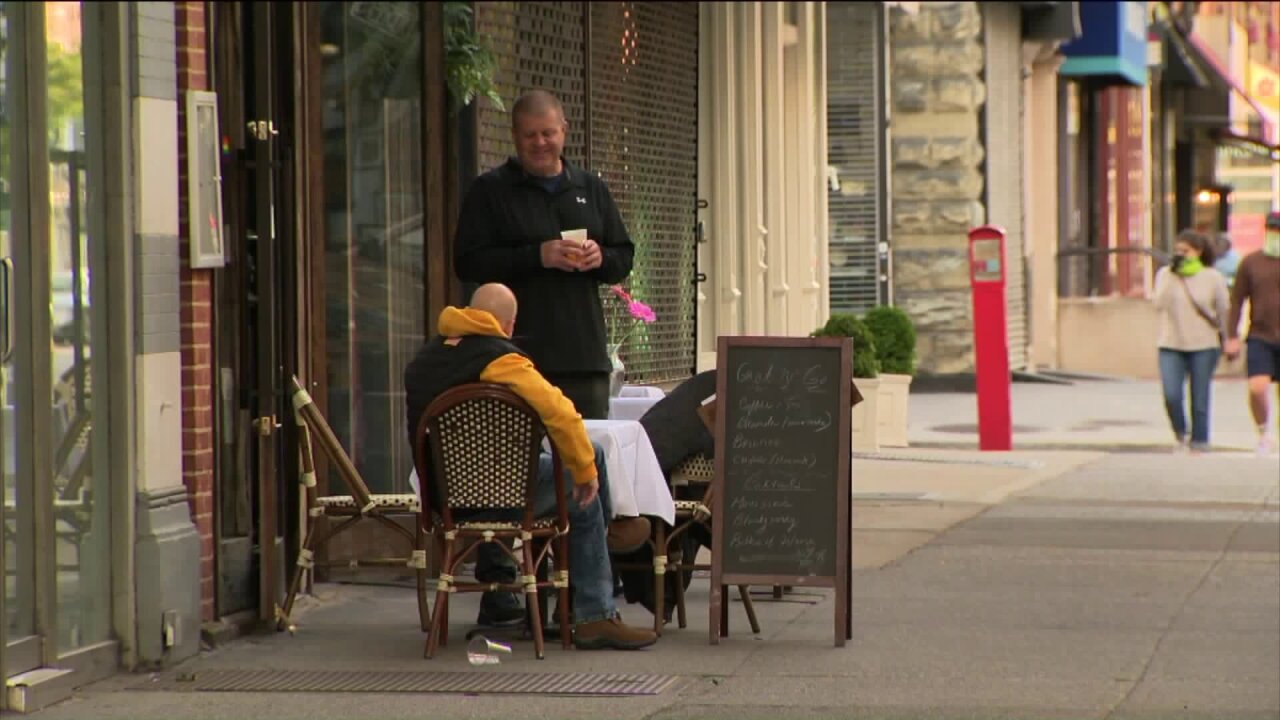 NEW YORK CITY — The restaurants and bars of New York City are a big part of the streetscape in nearly every neighborhood.

But in the wake of a near-citywide shutdown, these eateries have suffered financially.

How can the city help when the restaurant industry is finally allowed to reopen?

One solution is gaining more and more traction: opening up sidewalks and streets for outdoor dining.

Melba’s has been serving up comfort food in the heart of Harlem for 15 years. Like all restaurants, it’s been hit hard by the pandemic.

“We had to furlough two thirds of our employees,” said owner Melba Wilson. “As a lifelong Harlem resident, that was one of the hardest thing I’ve ever had to do.”

Her restaurant has become world famous, but she remains home grown. On the day PIX11 met up with her, like so many days since the coronavirus outbreak, Wilson was giving back to her community, putting together meals to donate to front-line workers and first responders.

“When a restaurant is affected, an entire community, an entire neighborhood is affected,” said Wilson. “It’s not just a place that serves food, it’s also a social outlet. We employ people from the community and outside the community, they are our extended family members who have no income to feed their own families.”

Under Gov. Andrew Cuomo’s plan, restaurants can reopen in phase 3.

Our region hasn’t met the 7 point criteria to even start phase 1.

Bars and restaurants will likely have to reopen with reduced occupancy and social distancing requirements inside.

How will restaurants be able to maintain that 6 feet between customers? If they're going to survive, many business owners feel they’ll need to generate sales outside. Traditionally, that’s been difficult to do in this city.

“To be able to serve outside is definitely a lengthy and expensive process,” said Wilson.

The City Council has already voted to waive sidewalk permit fees. Now, there are growing calls to ease restrictions as well.

“It all depends on how much space of the sidewalk you are taking up — it can be from a few thousand dollars all the way upwards,” said Andrew Rigie, executive director of the alliance. “I just co-authored an op-ed with City Council Speaker Corey Johnson in support of opening up our streets in our public spaces to help support local restaurants.”

Rigie adds when you talk about New York's recovery, you can’t do it without the industry.

“Restaurants are the economic engine of the City of New York. There are more than 25,000 eating and drinking establishments that employ more than 300,000 New Yorkers,” said Rigie. “The city is not going to get back to an economic recovery unless our restaurant industry is at the core of that recovery.”

The Open Space Street concept calls for extending use beyond the sidewalks and onto the streets.

Wilson is all for it, and has been a part of the talks.

“I have been working with David Rockwell and the Rockwell Group on this phenomenal idea of doing an open street plan which will be safe, healthy, advantageous to restaurants but also more importantly, to our guests,” said Wilson.

Matt Carmody is a transportation engineer at engineering and city planning firm AKRF.

“It’s called open space street, pedestrians and cyclists will be able to use the space that’s normally for cars, that way restaurants and other commerce can occupy the sidewalk,” said Carmody. “It’s also important to make sure it’s not a main emergency vehicle route to make sure it doesn’t affect the response times of the NYPD and FDNY.”

The areas best suited for this plan are the existing pedestrian plazas and those areas with narrow streets that don’t have a lot of traffic to begin with.

Additionally, if a restaurant is on a larger street, it would be helpful if the street bordered a park.

“On a larger street like an avenue, you wouldn’t be able to close the entire avenue to vehicular traffic,” said Carmody. “You could take one or two lanes - just a parking lane or the parking lane and the traveling lane next to it.”

Taking away a parking lane or closing part or all of a street to traffic would understandably upset some people, but advocates said it can be done safely and done temporarily, just until businesses get back on their feet.

“The restaurant industry is the fabric of our economy and the social and economic development of our neighborhood lives,” said Wilson.

Wilson added that a restaurant’s profit margin is very slim. It will be difficult to survive at only 50% capacity while maintaining social distance inside. Moving some business out onto the street will go along way.

PIX11 reached out to City Hall. The de Blasio administration said they are considering all options, including expanding al fresco, or outdoor, dining.

Right now, it still remains to be seen if the rules will be relaxed.