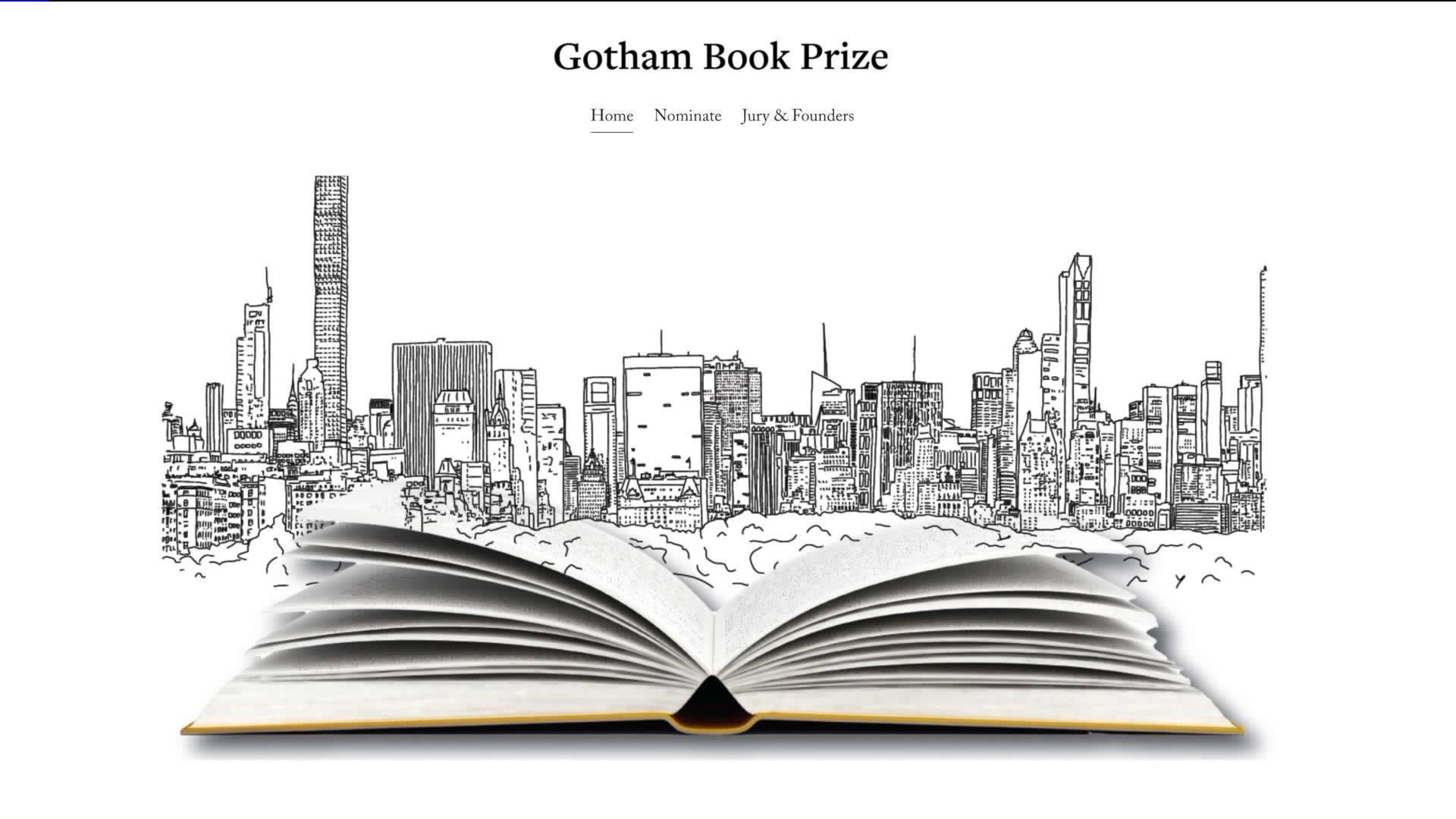 The $50,000 prize will go a long way towards helping a member of the writing community.

NEW YORK CITY — The Gotham Book Prize has long been an idea of philanthropists Bradley Tusk and Howard Wolfson.

The two friends had prior lives as political strategists working for Michael Bloomberg's campaigns and mayoral administration. Tusk was also communications director for Sen. Chuck Schumer, and Wolfson for Hillary Clinton during her 2008 presidential run. But their friendship is also deeply rooted in their shared love of books.

"He said 'You know, there’s no real book prize focused just on New York,' which is seems almost surprising because you would think being the literary capital of the world, there would be" said Tusk. "We've been saying how it’d be fun to have something recognize the best New York book each year."

Then, the coronavirus outbreak happened.

"When the pandemic hit and all the subsequent problems New York City has been dealing with, it went from being a nice idea to something we felt would be really worthwhile," said Tusk.

It’s estimated there are tens of thousands of writers living in New York City. With many classified as freelancers, they likely had difficulty applying for unemployment compensation when the city shut down.

The $50,000 dollar prize will go a long way towards helping a member of the writing community.

The panel of judges who will choose the winner is an impressive group of New Yorkers from all industries, including novelist Patricia Park.

“As a novelist and as a reader, I’m drawn to stories that celebrate our city, our struggles and our resilience," said Park. "I personally write about minorities within minorities so I gravitate towards those untold stories of my particular community, the Korean-American community in New York."

Park is no stranger to writing about New York. The novelist is the author of “Re Jane," a modern day retelling of the Charlotte Bronte classic “Jane Eyre.” Her novel is set in the outer boroughs.

"Similarly, when I’m reading, I love to get a glimpse, an insider's glimpse into a community that I have never known," said Park. "I’m looking forward to this prize being a way to honor writers that are writing those untold stories."

To be eligible to enter the $50,000 Gotham Book Prize, the body of work has to be published in the year 2020. It can be fiction or non-fiction. The book has to be about or be set in New York City. The deadline is November 1st.
You can nominate an author or nominate yourself by clicking here.

"The city is almost a character in and of itself," said Tusk. "In many ways the [winning] book is an ode to New York. Here’s this kind of magical place where incredible things can happen and you walk away from the book saying, 'That’s a special place, that’s an amazing place, I want to be there.'"

"What's so great about our city is that there is not one New York story," adds Park. “There’s so many versions of the city that we’ve come to live in and work in and breathe in, so I’m looking forward to the entries and what comes about.”

There’s also hope that with more books written about New York, it will maintain a draw for visitors and help the city in its long-term COVID-19 recovery.

"We all know that New York City is in for a rough couple of years ahead," said Tusk. "We thought, hey, what if a couple of great writers choose to set their books in New York because they might want to win this prize, and that reaches some really amazing people all over the world and that kind of helps keep that mystique alive while the city is suffering through hard times."

The winner will be announced in March.

Tusk and Wolfson plan on awarding a winner every year. The goal is to encourage and to honor writing about our city.