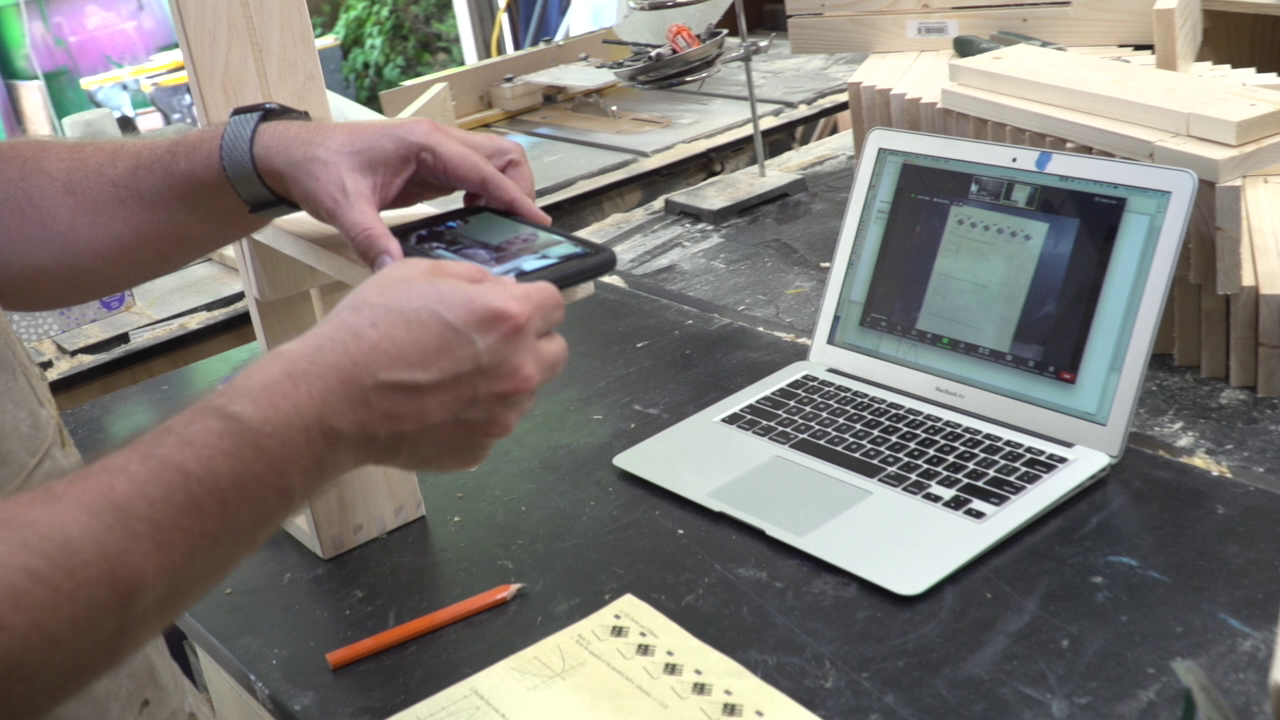 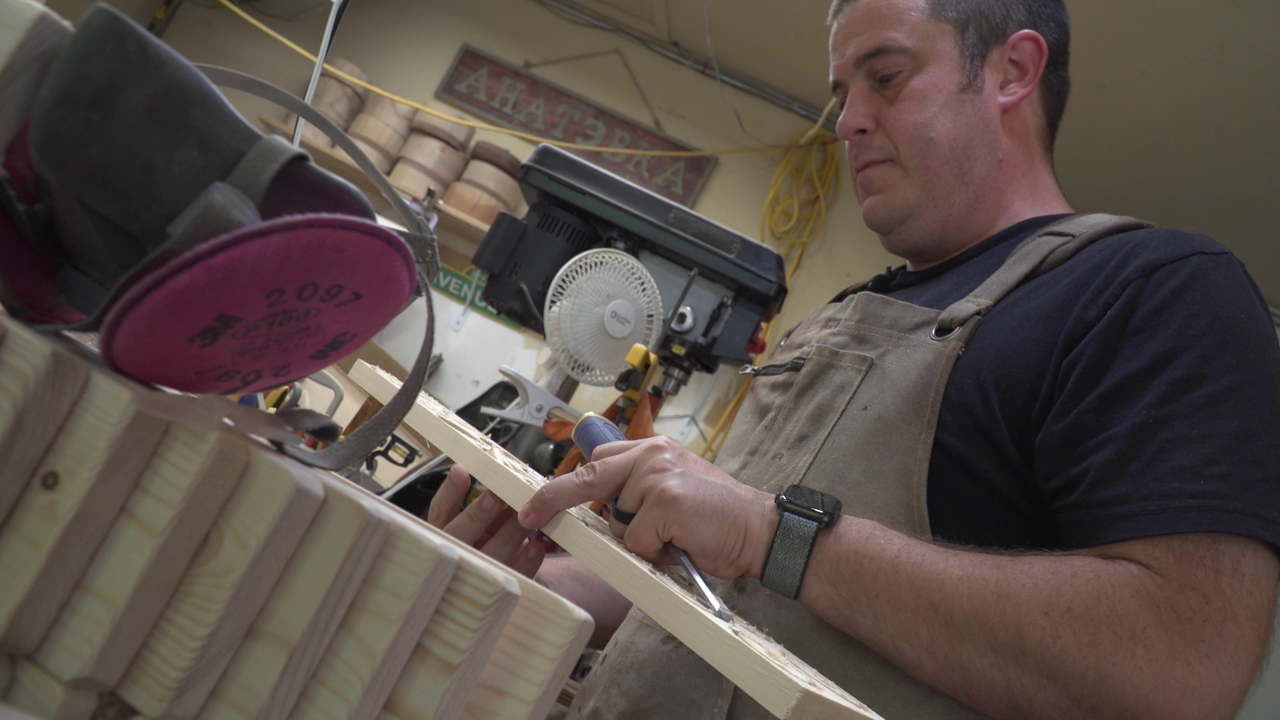 BUFFALO GROVE, Ill. – Millions of teachers are headed back to the classroom. But for many of them, it’s all remote. That means trying to teach through a screen.

One teacher needed a way for his students to see what he was writing while still allowing them to see him teach. So, he came up with an innovative solution with a couple of pieces of wood and some imagination.

With a miter saw, drill press and belt sander at the ready, Bob Pinta converted his home’s garage into a bustling workshop.

The high school math and computer science teacher is solving an online teaching problem one contraption at a time.

“I would be teaching, I could use my pen and share the screen, but no matter how good of a stylus you get, writing on the iPad is not the same as write it on paper,” said Pinta.

Pinta found that his students could either see what he was writing or him, but not both. So, he designed a phone stand that could act as a virtual overhead projector.

“I would join the zoom on my phone pointing the phone down at the table and I would have the students pin my hand so that it was the big one,” he explained.

He says the height adjustable stand allows for a much more interactive lesson.

“So, they would be able to follow along as I went, and they could see both my face and the paper as I zoom.”

His wife posted a video to see if other teachers might be interested in one. It quickly racked up tens of thousands of views with orders pouring in from all over.

“We have shipped across the United States.”

Each weekend, they sit in the driveway for teachers wishing to pick one up in person. At $30 plus shipping, Pinta says he wanted to keep the contraption, which doesn’t have an official name, affordable.

With more than 200 completed and another 160 in production, Pinta has proven if necessity is the mother of invention, then ingenuity is likely the father.