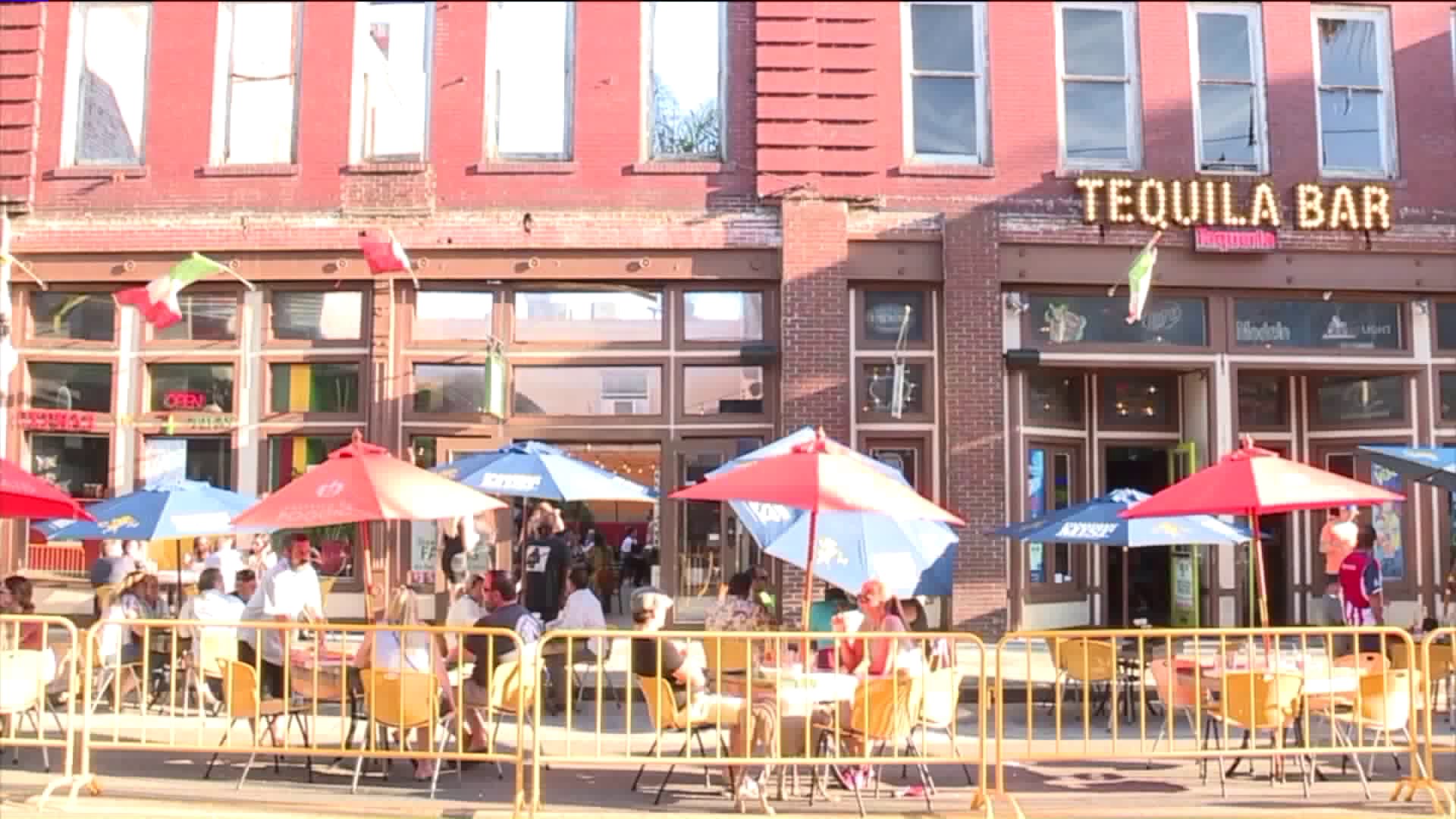 As the weather warms up Hoboken restaurants may have a new way to safely serve customers – in the middle of the street. Mayor Ravi Bhalla said he's considering reopening select areas to create outdoor space for restaurants and retailers in the New Jersey city.

HOBOKEN, N.J. — Hoboken was one of the first cities to impose curfews and close schools when the COVID-19 outbreak began, setting the tone for how other towns and cities responded.

Weeks later, Mayor Ravi Bhalla has considered a new approach for restarting the economy and he’s taking a cue from Tampa, Florida.

As the weather warms up, Hoboken restaurants may have a new way to safely serve customers — in the middle of the street.

Restaurants must space tables six feet apart outside and can fill up to 25% occupancy inside.

Back in Hoboken, the warmer weather is also prompting Mayor Bhalla to reopen a dozen parks on Friday — including the popular Pier A Park — citing a downward trend in new cases, as well as the mental health benefits of being outdoors.

He’s asking residents to use parks in the late afternoon or early morning or evening to reduce overcrowding.

Several spots will remain off limits, including playgrounds, athletic fields, restrooms and gazebos.

Residents will also need to continue social distancing and wearing a face cover.