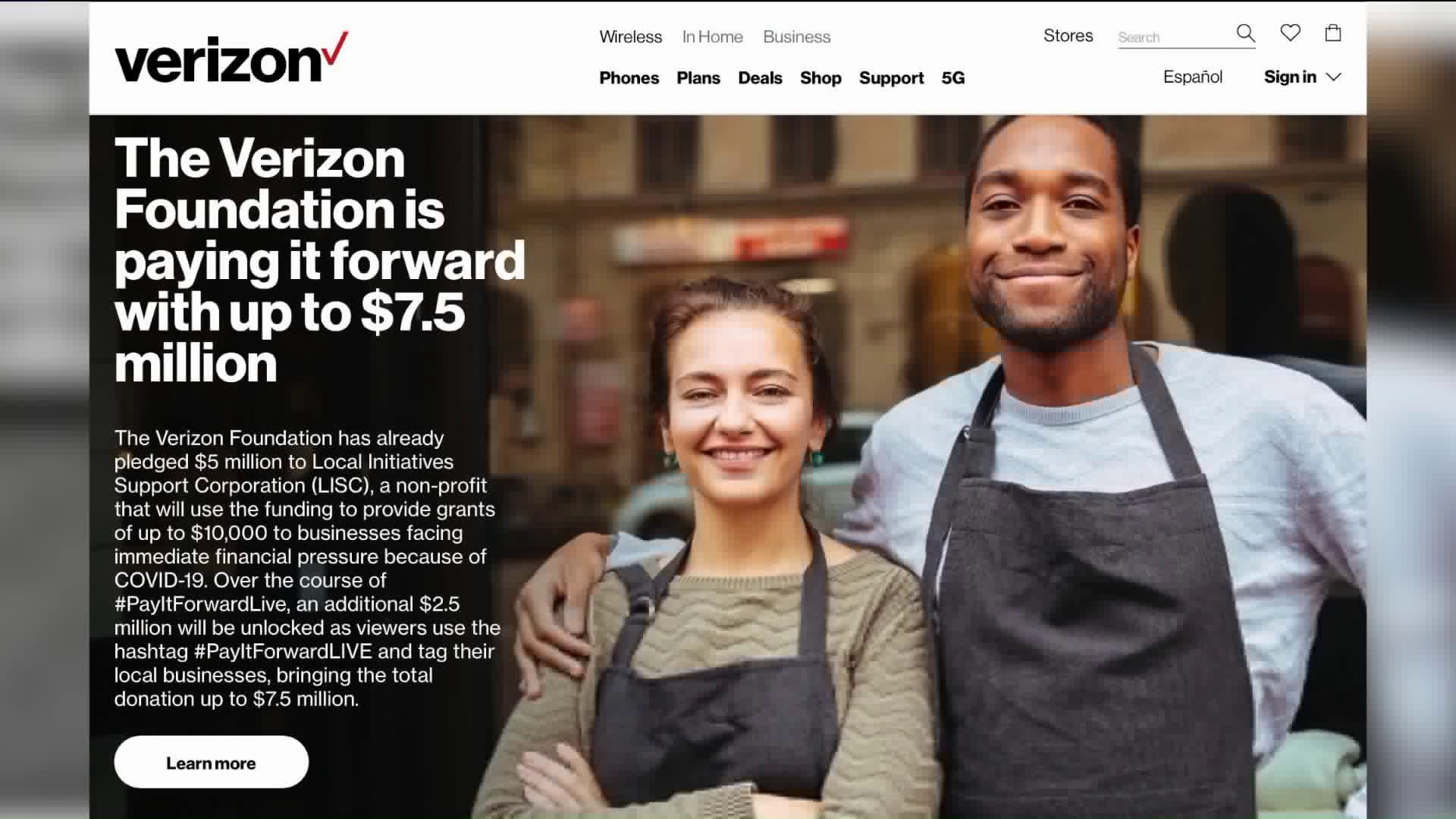 “I have lots of expenses. I have rent,” Santos said. “I had a really big deal that was supposed to be implemented this summer to get into 100 Macy's backstage stores and that's been put on hold.”

Katie Davis, manager of Social Impact Strategies for Verizon told PIX11 News “it was really important to us that we are directing these grants to small businesses that may not have as much access to more traditional forms of capital.”

Aroma’s Boutique Bakery, owned by two sisters in Harlem, also benefited from a $10,000 grant from Verizon.

“We had 100% of our events and weddings canceled in March and April,” said bakery co-owner Jo-Ann Barett.

Verizon Pay it Forward will offer another round of funding, applications open later this week.

Facebook committed to offering cash and advertising grants for up to 30,000 small businesses.

The New Jersey Economic Development Authority has a grant program for small businesses and a zero-interest loan for mid-size companies.