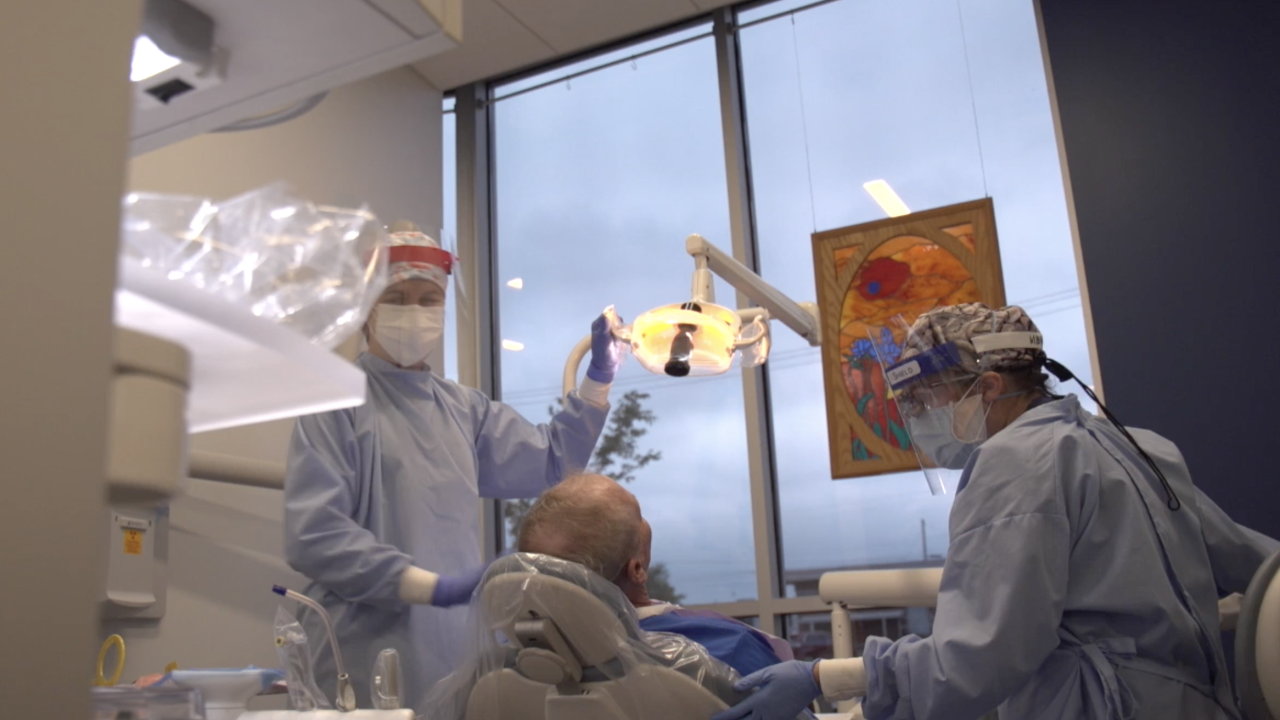 As millions of Americans have suddenly found themselves out of work due to the economic fallout from the novel coronavirus, many are also losing their health and dental insurance, creating what some doctors are calling a public health crisis.

At Interfaith Dental in Nashville, Tennessee, patients Anna Eubanks waits patiently to have a new set of dentures fitted. The 68-year-old woman is one of an estimated 37 million people in the United States who does not have dental insurance.

"You think about it a lot, and just hope nothing ever goes wrong," she said while sitting in an exam chair with her mask on.

Without insurance, a routine trip to the dentist would likely cost Eubanks hundreds of dollars, which is money she doesn't have. That is why she and her husband have turned to this non-profit dental clinic for help.

Dr. Rhonda Switzer-Nadasi oversees Interfaith Dental, which is largely made up of dentists who volunteer their time so that people like Eubanks can get dental care at little or no cost. It’s a need more critical now than ever.

"There’s new groups of people that they were making it before and were right on that edge and are now struggling," Dr. Switzer-Nadasi explained.

Since February, an estimated 12 million Americans have lost their healthcare coverage. Most lost their insurance when they lost their job.

"We are seeing a big increased need where people are suffering from job loss, where they may have had three jobs and they’re now down to one, or one down to none," she added.

Nationwide, there's also a backlog for dental care. In this office alone, they were canceling 1,000 appointments a month during the shutdown. It’s something that worries Dr. Switzer-Nadasi during COVID-19, since most dentists are also checking a patient’s overall health. She's also seeing more patients put off emergency dental care because they're worried about cost.

"People that come see us don’t just need a check-up and cleaning,” she explained. “Most of the time, they’ve reached the end of their rope and what they need is critical.”

But for now, this clinic and others like it across the country are doing their best to help whoever they can and preserve as many smiles as possible.