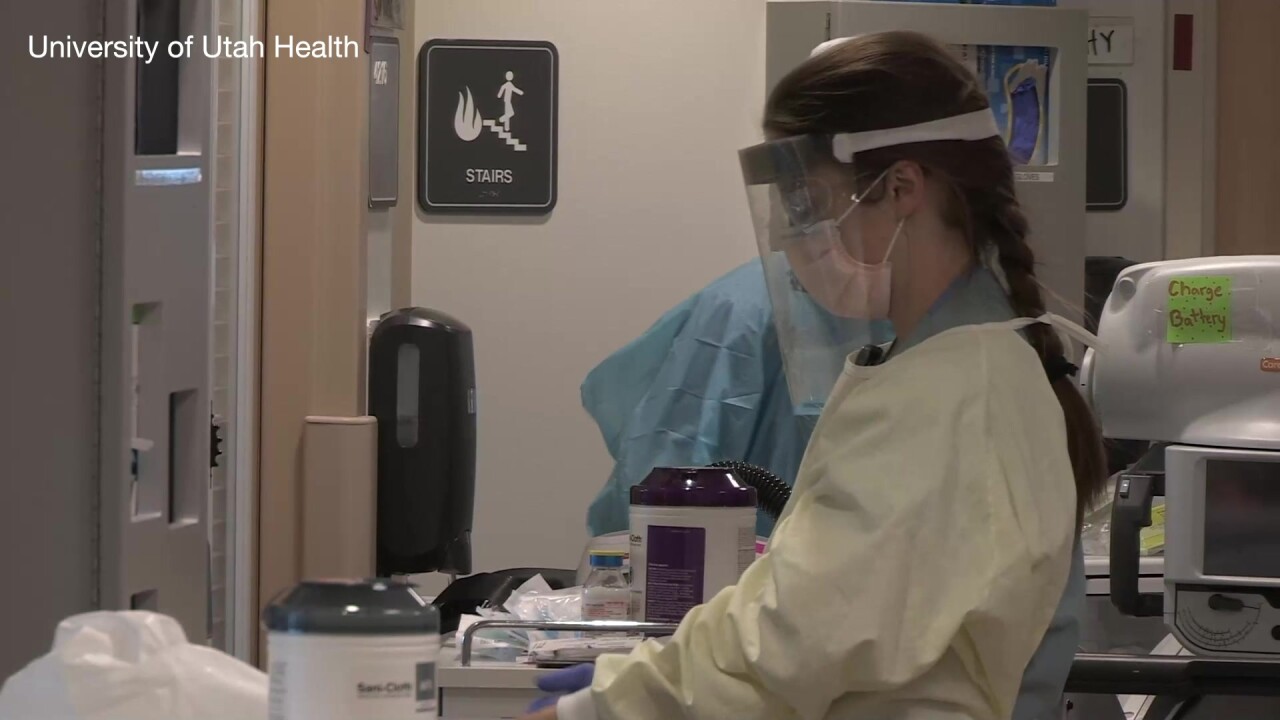 MURRAY, Utah – Dr. Todd Vento has spent most of his professional life preparing for the worst-case scenario.

“I still have a lot of connections because of things I’ve done in the past,” said Dr. Vento while sitting in the lobby of Intermountain Medical Center in Murray, Utah.

He is an infectious disease specialist who previously worked for the Department of Defense, managing the Ebola outbreak in West Africa.

He’s since been recruited to fight on the COVID-19 front lines.

“When you prepare and constantly live in that world of preparing for a true threat, you do expect that this could happen,” Vento said.

In video provided by Intermountain Healthcare and University of Utah Health, you can see states in the Mountain West are reaching a critical tipping point.

The talk of moving to a crisis level of care is imminent.

One example, the Utah Hospital Association is reporting double the numbers of COVID-19 patients in hospitals from two weeks ago, and five times the number of patients from two months ago.

So, what happens at hospitals when numbers surge? The process of load leveling happens first.

“(Load leveling is) balancing out where the patients are so you don’t have one facility that might have 110% of capacity, while another facility is at 70%,” Vento said.

A patient management system called “Care Traffic Control” covers seven westerns states. Like other systems in the country, it tells first responders where they can take patients.

Finally, there are crisis levels of care.

“The concept of the term, crisis standards of care really gets down to a similar concept used in combat and the military,” Vento said. “I know that may sound harsh, but it’s really about the triage process.”

That means doctors will be forced to make tough decisions about who gets care and what that will look like.

As many states smash records of COVID-19 cases, health care workers are being stretched thin and asking for help.

“It’s up to us to allow all our livelihoods to continue,” Vento said.