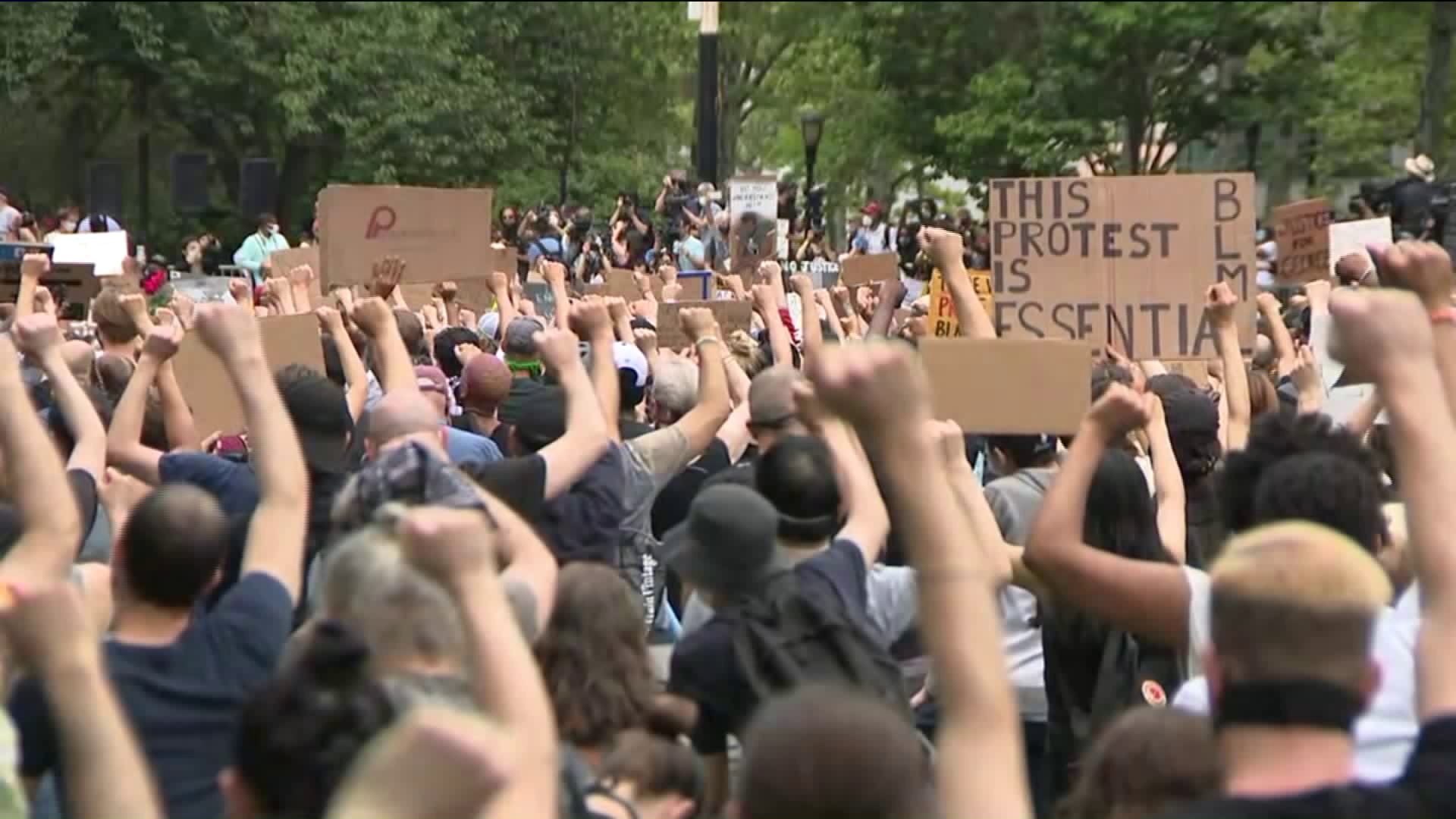 New Yorkers gathered Thursday for a memorial service for George Floyd, whose death last week at the hands of Minneapolis police has prompted ongoing global protests against police brutality. 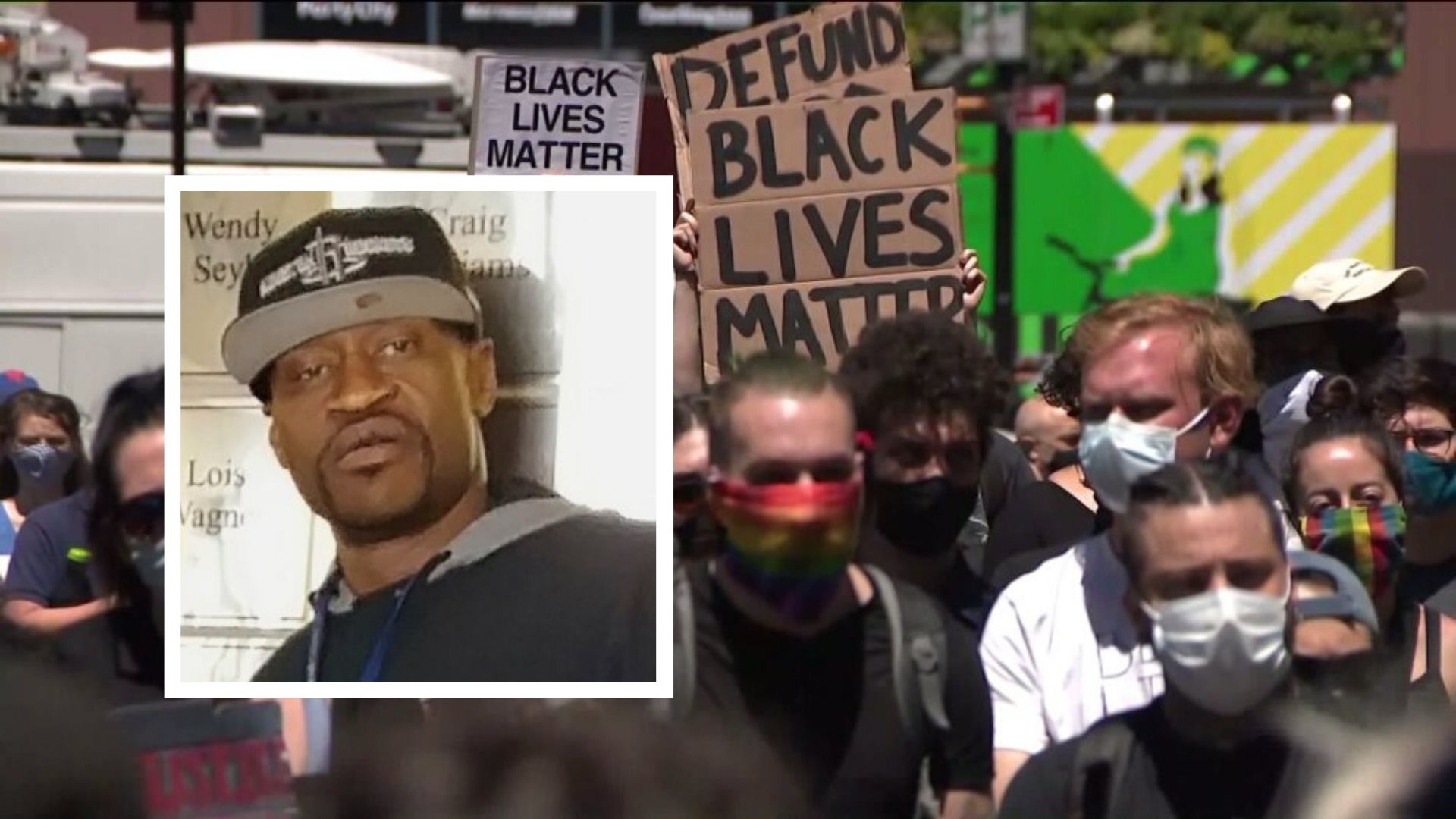 The memorial service in Cadman Plaza began in the afternoon around same time as Floyd's memorial and funeral service in Minneapolis.

Terrence Floyd, brother of George Floyd, stood in front of the crowd, wearing a shirt with "RIP" on it.

"At the end of the day, my brother's gone, but the Floyd name still lives on," he said.

Terrence Floyd said he was proud of the protests, but not proud of destruction happening connected with some of the demonstrations.

"My brother wasn't about that. The Floyds is a God-fearing family," he said.

Mayor Bill de Blasio and First Lady Chirlane McCray attended the service. Despite pleas from Rev. Kevin McCall for respect from everyone in attendance, their names were booed. De Blasio has been criticized for the city's handling of protests.

The crowd continued to boo and chant over de Blasio as he spoke.

Politics again became a point of focus when NYC Comptroller Scott Stringer made an impassioned plea to reduce NYPD funding — one of many demands made by local protesters in recent days.

“The numbers say we spend $6 billion on policing. We don't spend anywhere near that on our community-based organizations,” Stringer said.

De Blasio has been urged in recent weeks to further reduce the NYPD budget, which currently faces a .4% decrease, while other organizations could see much larger cuts.

The following speaker, Kevin Livingston, founder of the non-profit 100 Suits For 100 Men, swiftly asked those in attendance to “say his name.”

"Make one thing clear. We’re not here for anything else but George Floyd. So anybody who has political speeches, keep them to the side, because this is about the family. I want to make that very clear," Livingston said. "This is about supporting the family. I’ve never seen nobody go to a funeral and talk about an agenda and about the budget."

Attorney General Letitia James directed some of her comments to Terrence Floyd.

"The cries for justice are being heard all across this nation," she said. "Change is coming."

Public Advocate Jumaane Williams attended the service with his mother, noting she had taught him how to handle encounters with police.

Williams shamed officials in what's "supposed to be the progressive beacon of the country" for not doing enough for justice.

After the memorial service, a march across from the Brooklyn Bridge to Foley Square is scheduled.

During a meeting at the House of the Lord Church Wednesday, NYPD Commissioner Dermot Shea, Rev. McCall and local community activists came together to express their solidarity with the Floyd family.

All four police officers involved in the death of 46-year-old George Floyd in Minneapolis are now facing charges.

Ellison also announced that former officers Tou Thao, J. Alexander Kueng and Thomas Lane are being charged with aiding and abetting second-degree murder for their role in Floyd's death.

Floyd died in police custody on Memorial Day. Bystander video shows one police officer, Chauvin, kneeling on Floyd's neck for more than eight minutes. Additional video shows that officers Keung and Lane also put their body weight on Floyd during the arrest. Officer Thao stood by with his back turned during the arrest.

In addition to their charges, all four officers have also been fired from the Minneapolis Police Department.