Teen charged with murder in fatal stabbing of Barnard student, another questioned: sources 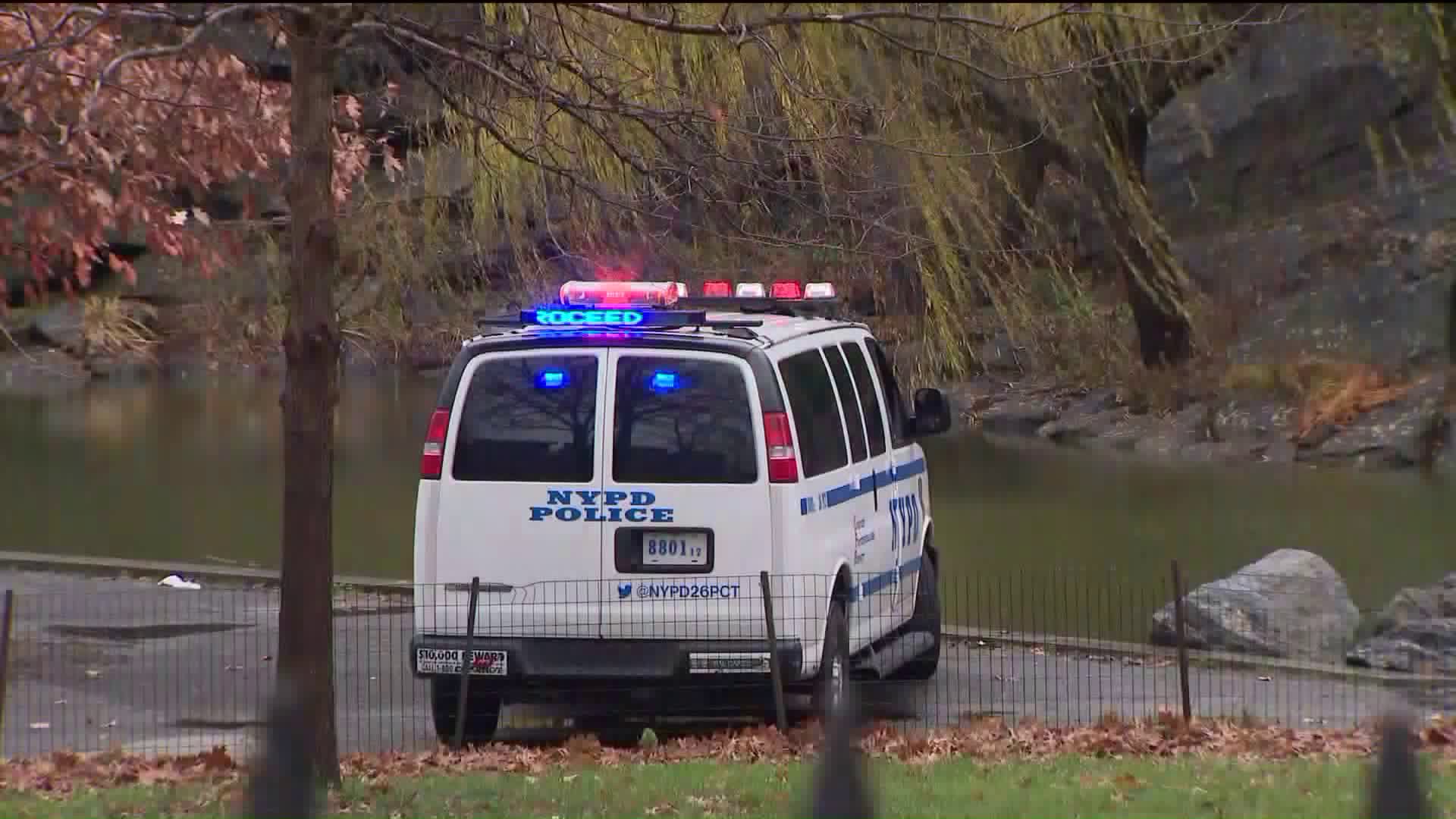 Rob Hoell reports on the latest in the search for answers in the death of Barnard student Tessa Majors. 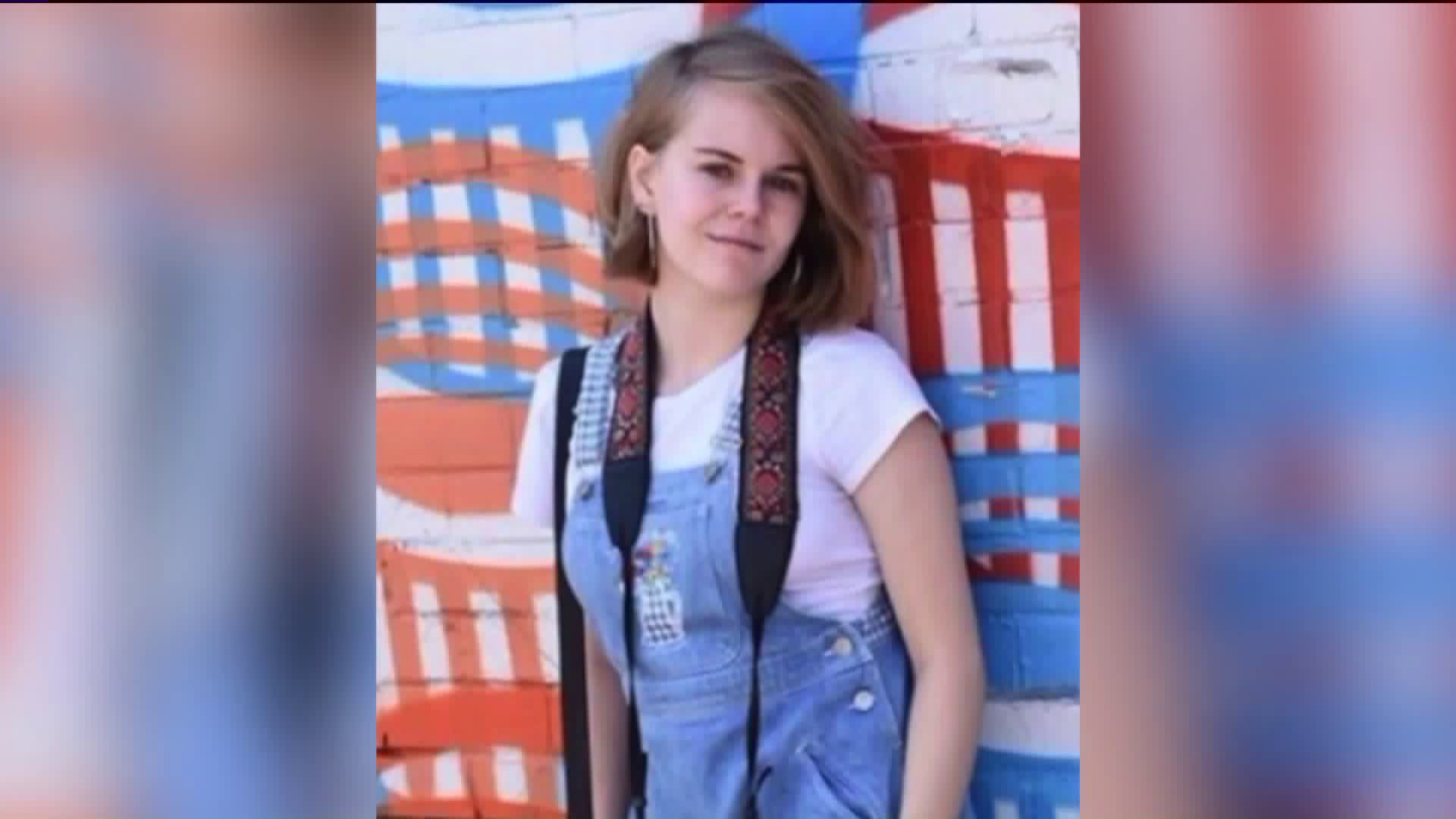 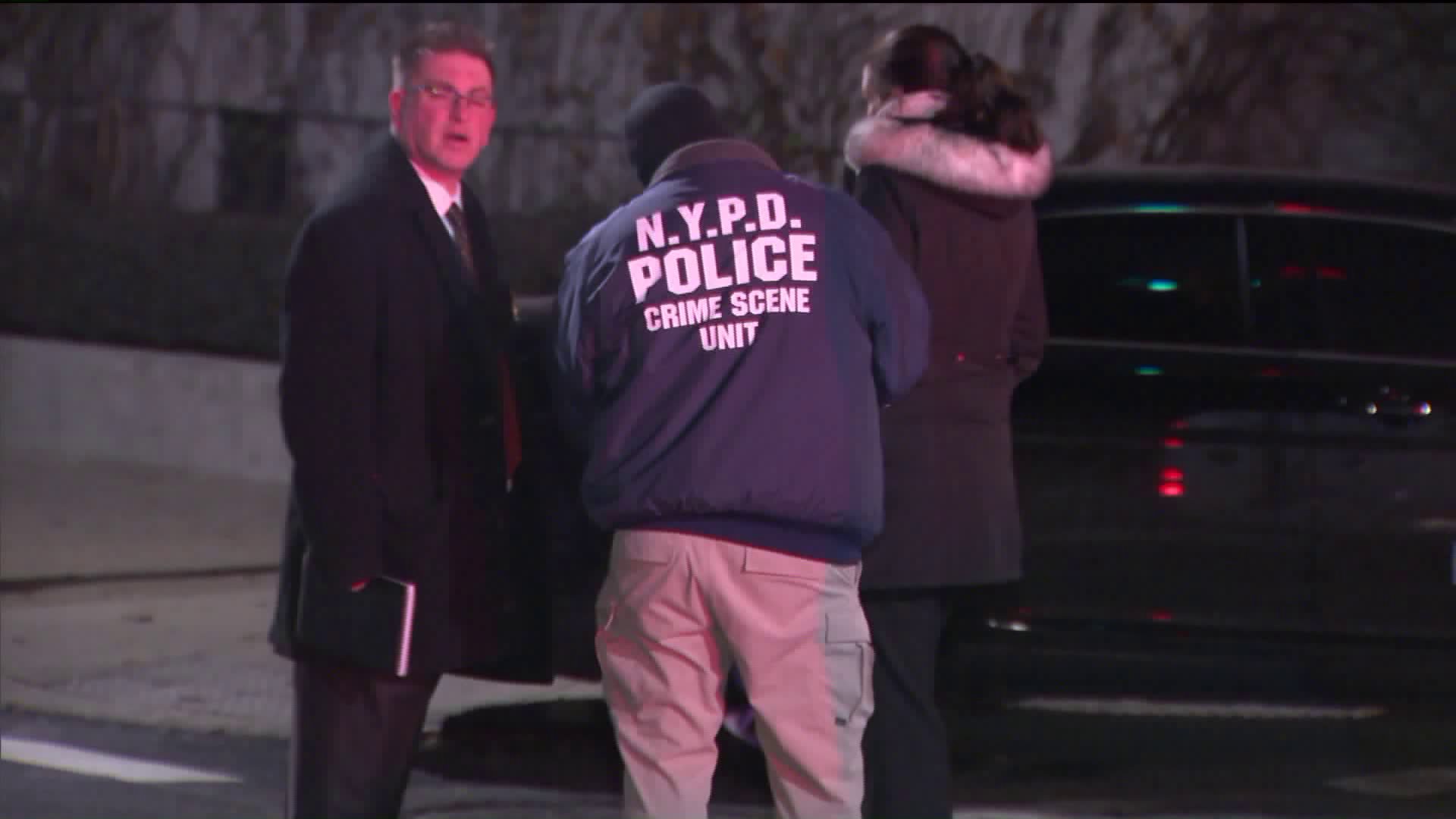 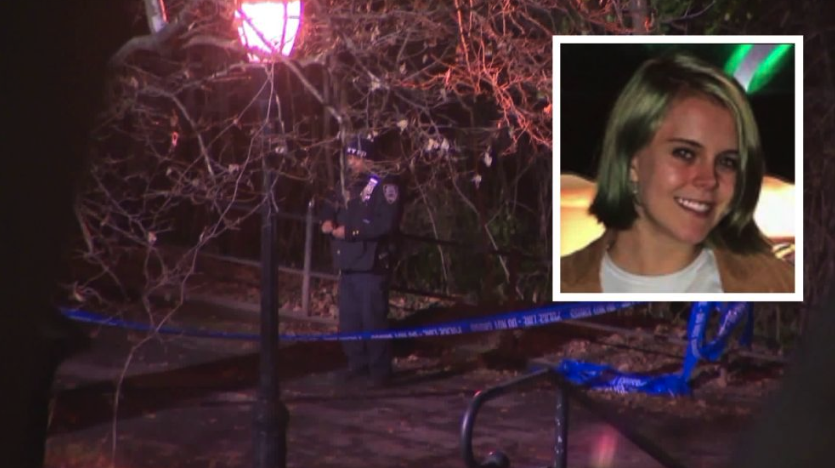 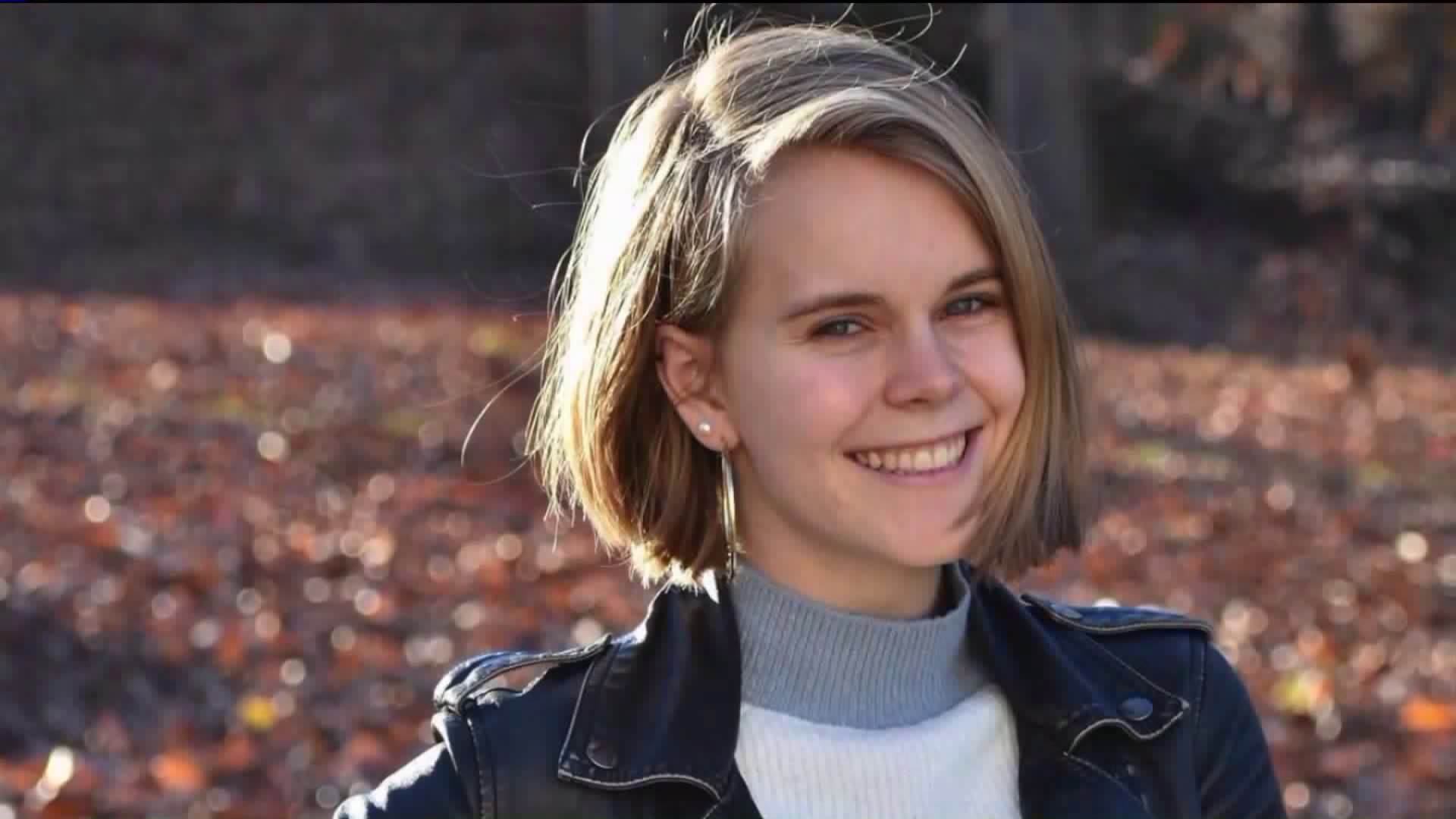 MORNINGSIDE HEIGHTS, Manhattan — **Update: Police confirmed on Dec. 19 that only subject has been charged with murder. The second teen was questioned and released without being charged, though police would not say why. This story has been updated to reflect this change.

A 13-year-old has been charged with murder in connection with the fatal stabbing of Barnard College first year student Tessa Majors, according to law enforcement sources. A second juvenile, said to be a 14-year-old, was being questioned by police, PIX11 learned.

The 13-year-old — who was arraigned earlier this evening in family court — have been charged with murder, and robbery and weapons possession counts, sources said.

Majors, 18, had been walking Wednesday evening through Morningside Park at 116th Street and Morningside Drive, just blocks from Barnard's campus, when she encountered the suspects. She was then stabbed multiple times at the bottom of the staircase at the 116th Street park entrance, police said.

She then climbed back up the stairs, where she reached a university guard post. The guard saw her and called authorities.

Majors was pronounced dead at the hospital.

The Barnard campus is part of the larger Columbia University campus, whose border extends to the edge of the park.

"We are devastated by the senseless loss of our beautiful and talented Tess," the Majors family said in a statement. "We are thankful for the incredible outpouring of love and support we have received from across the country. We would also like to express our appreciation for the efforts of the men and women of the NYPD, who continue to work diligently on this case."

The suspect was found with a knife and allegedly admitted to involvement in the attempted robbery and stabbing, a source told CNN Friday. The teen also mentioned two other suspects, and an investigation with respect to them is ongoing, the source said.

Police observed the suspect Thursday in the lobby of a building near the Manhattan neighborhood where the stabbing happened Wednesday, the source told CNN. He was wearing clothes matching the description of the outfit associated with the Barnard student's killing, and was picked up on suspicion of criminal trespass.

The suspect was charged with murder, in addition to robbery and weapons charges, a law enforcement source told PIX11 News.

The suspect's name cannot be released because he's a juvenile.

Majors' cell phone was found not far from where she fell, and she did not have a purse or wallet with her, an official said. She died at a hospital soon after, New York Mayor Bill de Blasio said.

Following Majors’ death, safety concerns have been raised by the community.

They are making concrete plans for more streetlights in the park, and to brighten the ones that are there currently, Brewer told PIX11 News. She said that the plans also include adding more surveillance cameras in the park.

More NYPD patrols have been added to the park as well. Police Commissioner Dermot Shea has said that the additional patrols are a long-term change.

Police officials and de Blasio faced questions Thursday about the pattern of crimes in and around the park. The NYPD had identified issues and implemented different strategies to combat the problem, NYPD Chief of Patrol Services Rodney Harrison said. The department also is stepping up patrols in and around the park and at the nearby schools, including Barnard.

"The idea that a college freshman at Barnard was murdered in cold blood is absolutely not only painful to me as a parent, it's terrifying to think that that could happen anywhere," de Blasio said at the news conference.

"It's unbelievable to me that that could happen here, next to one of our great college campuses," he added. "It's an unacceptable reality."

The city has offered Barnard College any help it needs, and it's sending mental health professionals to help students deal with the news, de Blasio said.

"This is an unthinkable tragedy that has shaken us to our core. Please know that we are all grieving together and I am thinking of you as we process this awful news as a community," Barnard College President Sian Leah Beilock said, adding that Barnard's public safety department provides 24/7 escort service for students.

'A personality no one could ever copy'

"Tessa was just beginning her journey at Barnard and in life. We mourn this devastating murder of an extraordinary young woman and member of our community," Beilock said.

People who commented on Majors' Instagram page and spoke to CNN described her as a kind young woman and devoted musician.

"She was one of the sweetest people I know. She had a kind heart," Lydia Pickering told CNN. As kids, she and Majors lived two houses away from one another in Waynesboro, Virginia, Pickering said. Majors was like an older sister, she told CNN.

"I can't even begin to explain the impact she had on me," Pickering said. "She brought joy wherever she went. She had a personality no one could ever copy. She was really just special."

Lexi Phelan, who met Majors this year at Barnard, shared two classes with her.

"Anyone who was lucky enough to meet her would agree that she was a good, kind person," Phelan said. "Her personality put others at ease and she lit up any room she was in with her passion."

Barnard College is an all-women's school in Manhattan with more than 2,600 students. The school's campus stretches from west 116th Street to west 120th Street off Broadway in the Morningside Heights neighborhood.

"The close-knit community at Barnard College is in shock right now," de Blasio said in a tweet. "We've lost a young woman full of potential in a senseless act of violence. I want every student and every member of faculty to know your city will be with you in the days ahead."

Editor's note: This story has been updated to reflect that a 14-year-old suspect was questioned by police, though he was later released, officials later announced.