Tokyo Olympic flame being taken off display, but next stop is unclear 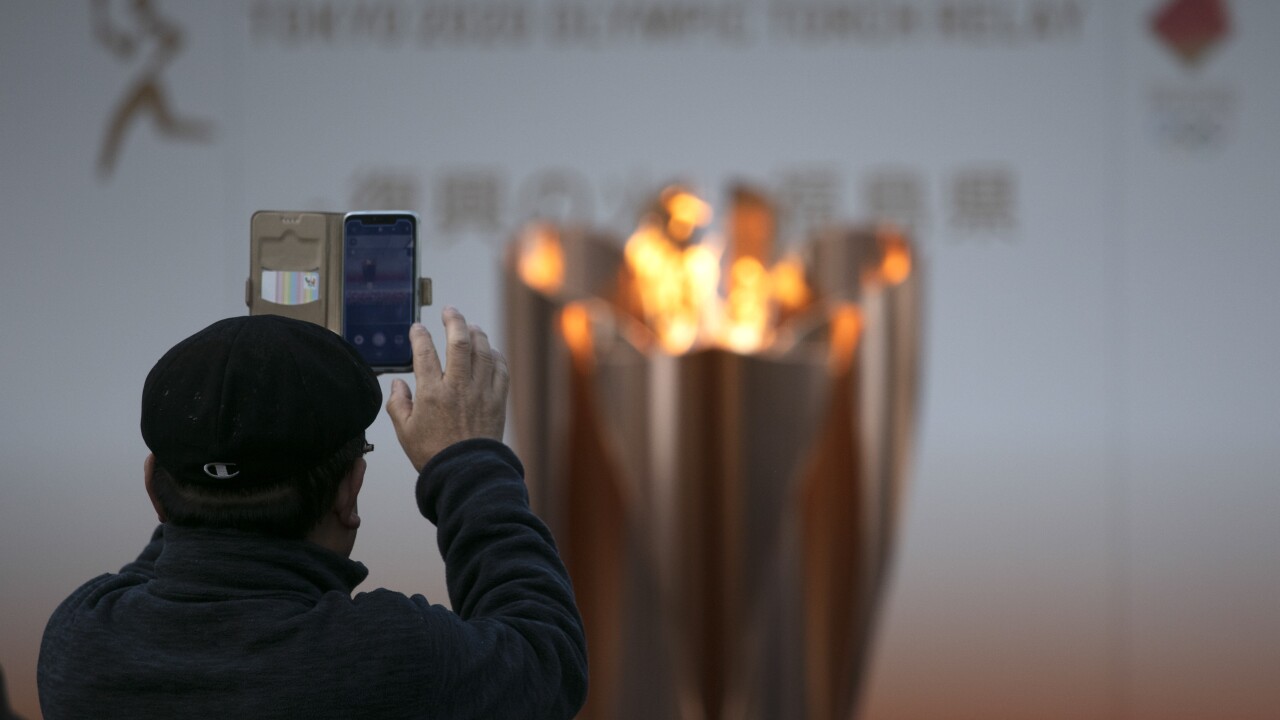 Copyright 2019 The Associated Press. All rights reserved
Jae C. Hong/AP
A man takes pictures of the Olympic Flame during a ceremony in Fukushima City, Japan, Tuesday, March 24, 2020. The Tokyo Olympic torch relay will start Thursday as planned in northeastern Fukushima prefecture, but with no torch, no torchbearers, no public, and little ceremony. (AP Photo/Jae C. Hong)

TOKYO (AP) — The Tokyo Olympic flame has been taken off public display in Japan. And it's not clear when it will reappear again or where.

The flame arrived in Japan from Greece on March 26.

The flame was put on display in the northeastern prefecture of Fukushima after the Tokyo Olympics and the torch relay were postponed until next year.

It was removed after Prime Minister Shinzo Abe issued a state-of-emergency order to combat the coronavirus.

Tokyo organizers are expected to keep the flame for the short-term.

The flame is expected to be used by the International Olympic Committee in 2021 as a symbol of the fight against the pandemic.