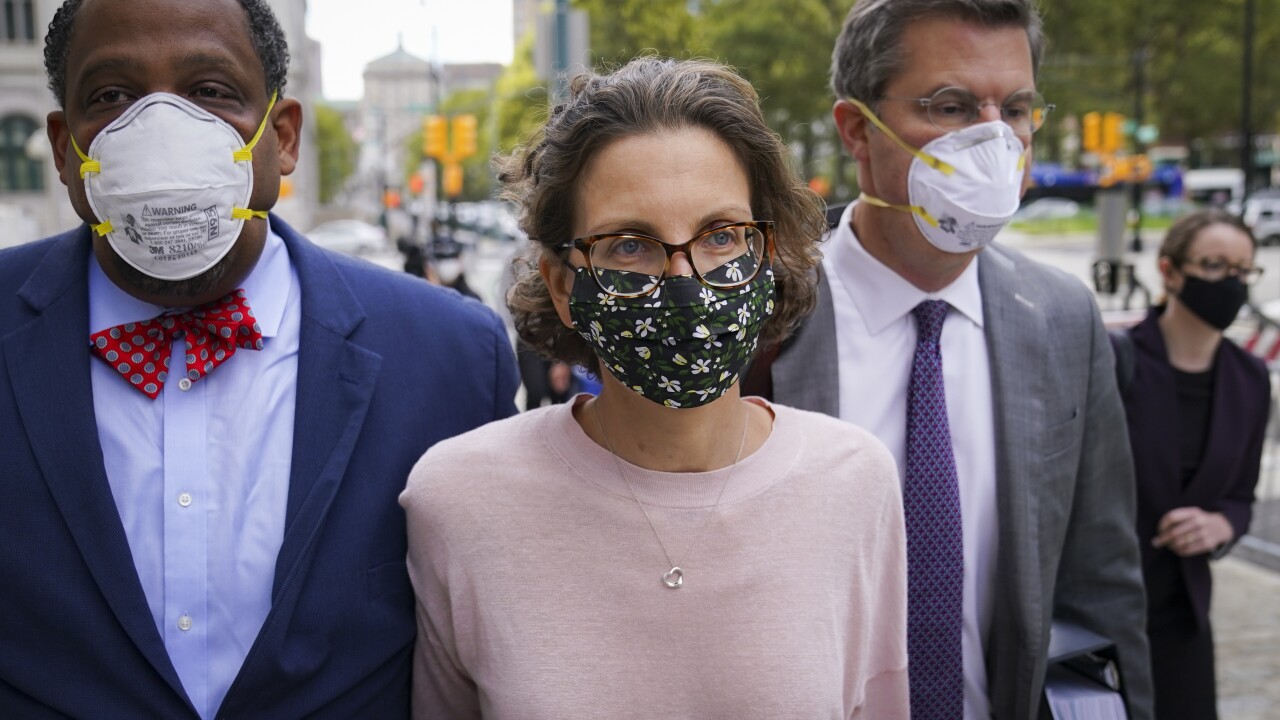 NEW YORK — A wealthy benefactor of the disgraced leader of an upstate New York self-improvement group has been sentenced to more than six years in prison in connection with a federal sex slave case.

Seagram’s liquor fortune heiress Clare Bronfman appeared in federal court Wednesday in Brooklyn, where a judge handed her an 81-month prison sentence. She was immediately taken into custody to begin her sentence.

Bronfman's lawyers wanted her to get only three years of probation, but prosecutors said she deserves five years behind bars for her support of Keith Raniere.

Raniere was convicted of charges last year accusing him of turning some of his followers into sex slaves branded with his initials.

Raniere is known as the leader of the group NXIVM. Prosecutors say the organization operated like a cult, in which members formed a secret sorority comprised of brainwashed female “slaves” who were forced to have sex with Raniere.

Long affiliated with NXIVM, Bronfman reportedly provided millions of dollars to bankroll Raniere and his program of self-improvement classes and paid for lawyers to defend the group against a lawsuit filed by critics.

Last year, Bronfman admitted in a guilty plea that she harbored someone who was living in the U.S. illegally for “labor and services.” She also claimed to have committed credit card fraud on behalf of Raniere.

Bronfman’s lawyers argued that she deserved leniency because she didn’t have direct involvement with the most disturbing allegations in the case, but prosecutors said she deserved severe punishment because Raniere likely couldn’t have gotten away with what he did without her.