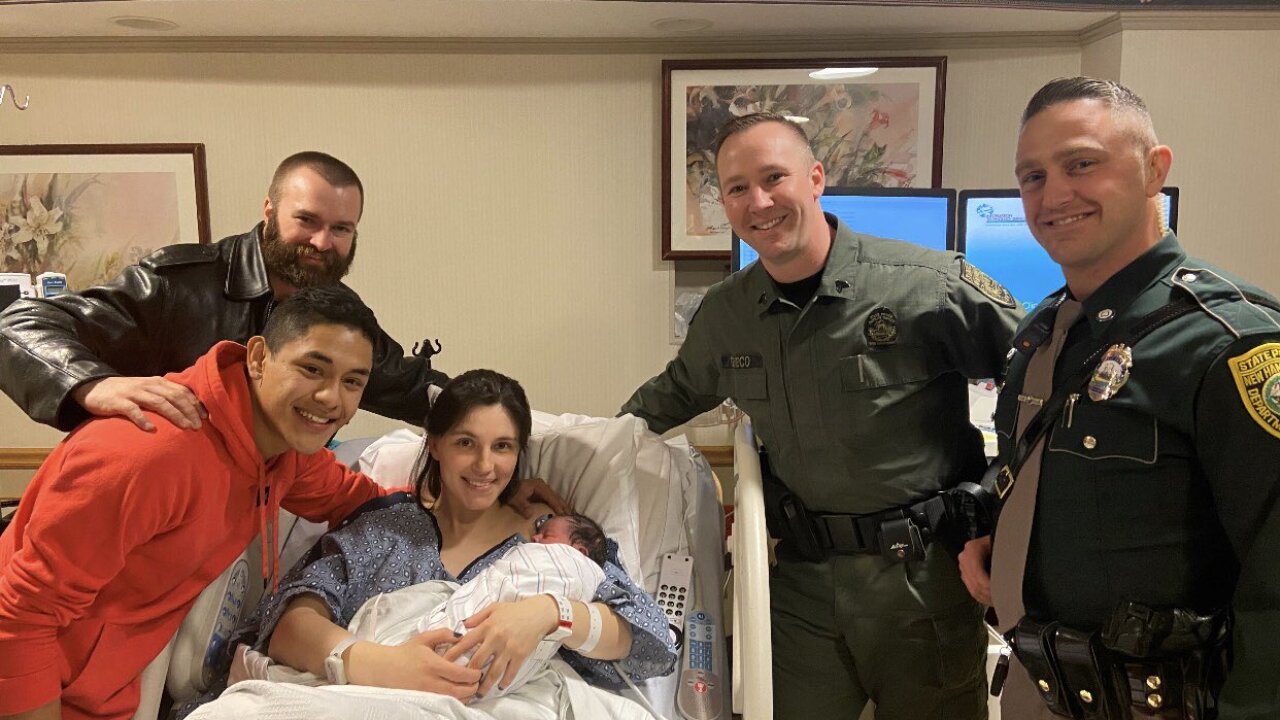 BOSCAWEN, N.H. – A baby in New England made a memorable entrance into the world.

Not only was baby Dominic born on Christmas morning, the New Hampshire State Police says three officers helped deliver him along Interstate 93.

State police say two of their officers and an officer with the Boscawen Police Department assisted with the baby’s birth shortly after midnight on Wednesday.

Sgt. Grieco, Tr. St. Cyr, & Officer Nolan of Boscawen PD delivered Dominic on I-93. All are happy, healthy & overjoyed to be spending Christmas together. 🎁 pic.twitter.com/vAKdFgXvfh

“All are happy, healthy & overjoyed to be spending Christmas together,” wrote state police on Twitter.