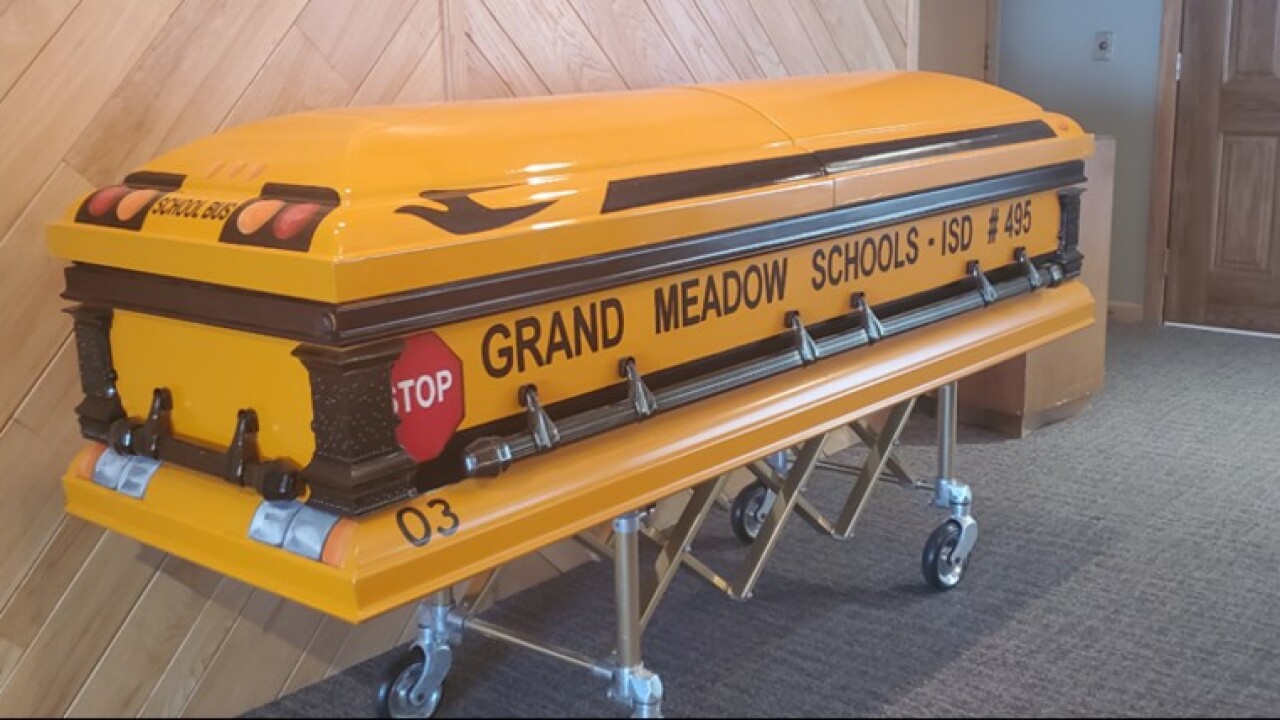 GRAND MEADOW, Minn. – A longtime Minnesota bus driver will be laid to rest in a beautiful way.

Glen Paul Davis, who passed away at the age of 88 on Saturday, will be buried in a custom school bus casket donated by Hindt Funeral Home of Grand Meadow.

According to his obituary, Davis proudly drove a school bus for Grand Meadow Schools for 55 years, from 1949 to 2005. During that time, he drove multiple generations of local families and they lovingly called him “Glennie”

“He would proudly tell you that in all those years he never had an accident,” says Davis’ obituary.

The Post Bulletin reports that before Davis’ death, he said he wanted to be buried in a casket painted like a Grand Meadow bus, in lieu of photos and mementos.

Jim Hindt, the owner of the funeral home, made Davis’ wish a reality and presented the yellow casket to Davis a few years ago.

"Oh, I loved it," Davis said five years ago in a Post Bulletin article.

Hindt told the newspaper that he wanted to see the project come to fruition, because he saw it as a gift of gratitude to Davis and his family, who had been kind and comforting when Hindt’s daughter was diagnosed with cancer several years ago.

Along with driving a bus, Davis was a lifelong farmer. With his three brothers, he farmed more than 1,100 acres, milked around 60 cows and raised numerous chickens over the years, his obituary says.

Davis is set to be laid to rest Friday morning.