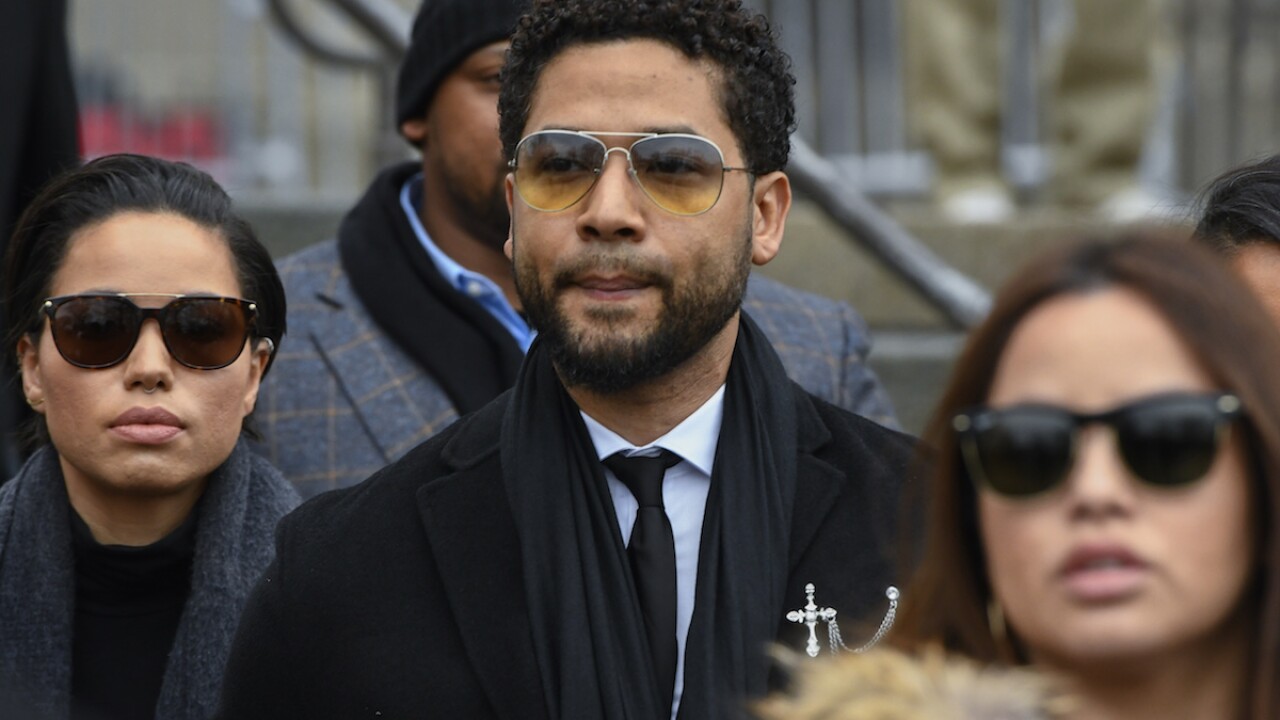 Copyright 2020 The Associated Press. All Rights Reserved.
Matt Marton/AP
FILE - In this Feb. 24, 2020 file photo, former "Empire" actor Jussie Smollett leaves the Leighton Criminal Courthouse in Chicago, after an initial court appearance on a new set of charges alleging that he lied to police about being targeted in a racist and homophobic attack in downtown Chicago early last year. A Cook County judge on Friday, June 12, 2020 shot down Smollett's effort have the criminal charges against him dropped, telling the actor that the new charges against him do not violate his right against double jeopardy. (AP Photo/Matt Marton File)

CHICAGO (AP) — A Cook County judge has shot down actor Jussie Smollett's attempt to have the criminal charges against him dropped.

In a ruling issued Friday, Judge James Linn rejected the argument made by the actor's attorneys that the new charges filed after the original charges were dropped violates Smollett's right against double jeopardy.

Linn found that double jeopardy does not apply because Smollett has never been criminally punished.

In January 2019, Smollett told Chicago police that he was the victim of an anti-gay and racist attack but he was charged after police concluded that he allegedly staged the attack himself.