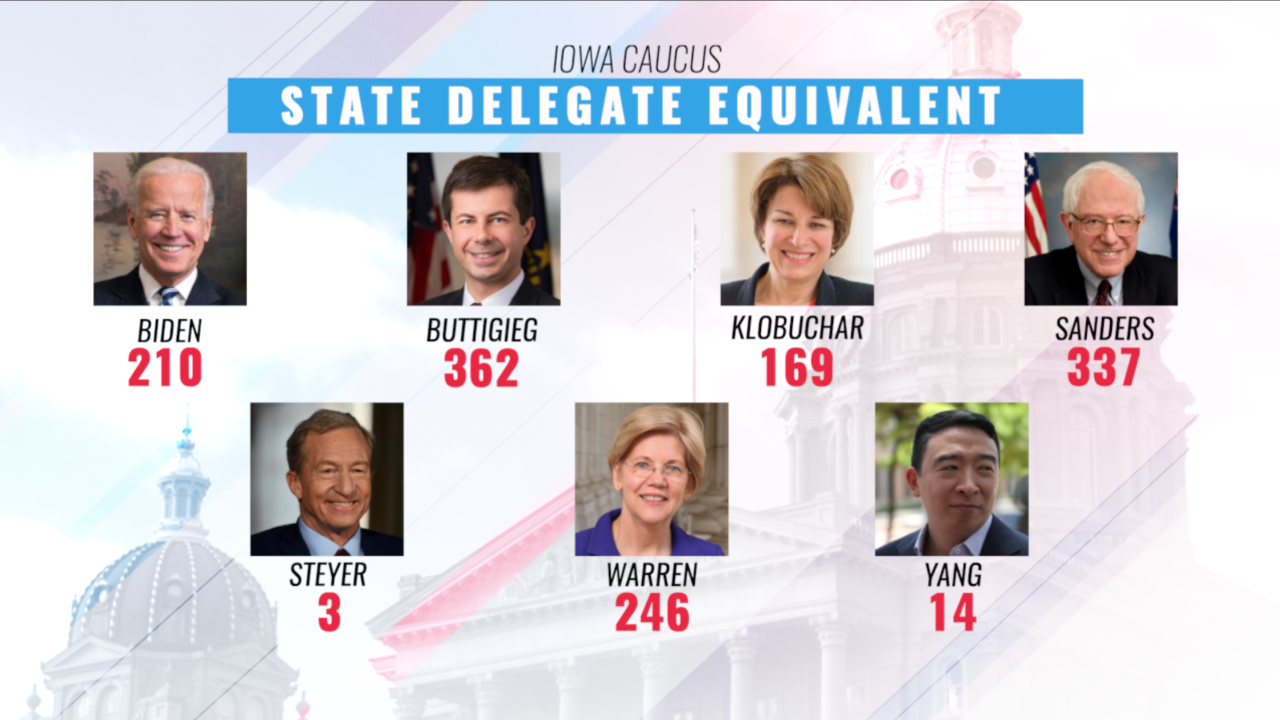 The Iowa Democratic Party (IDP) has released some of the results from Monday’s caucuses. 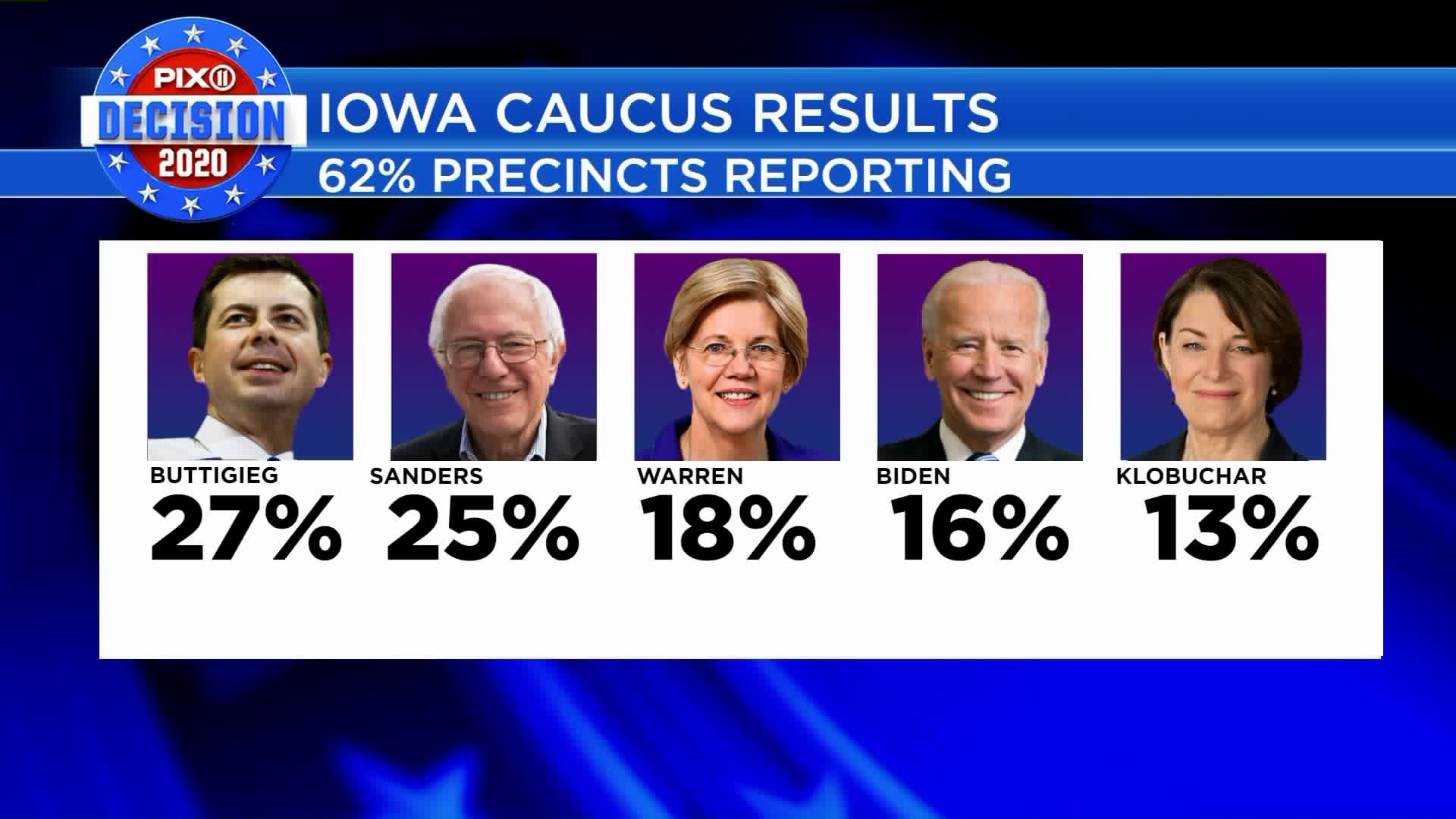 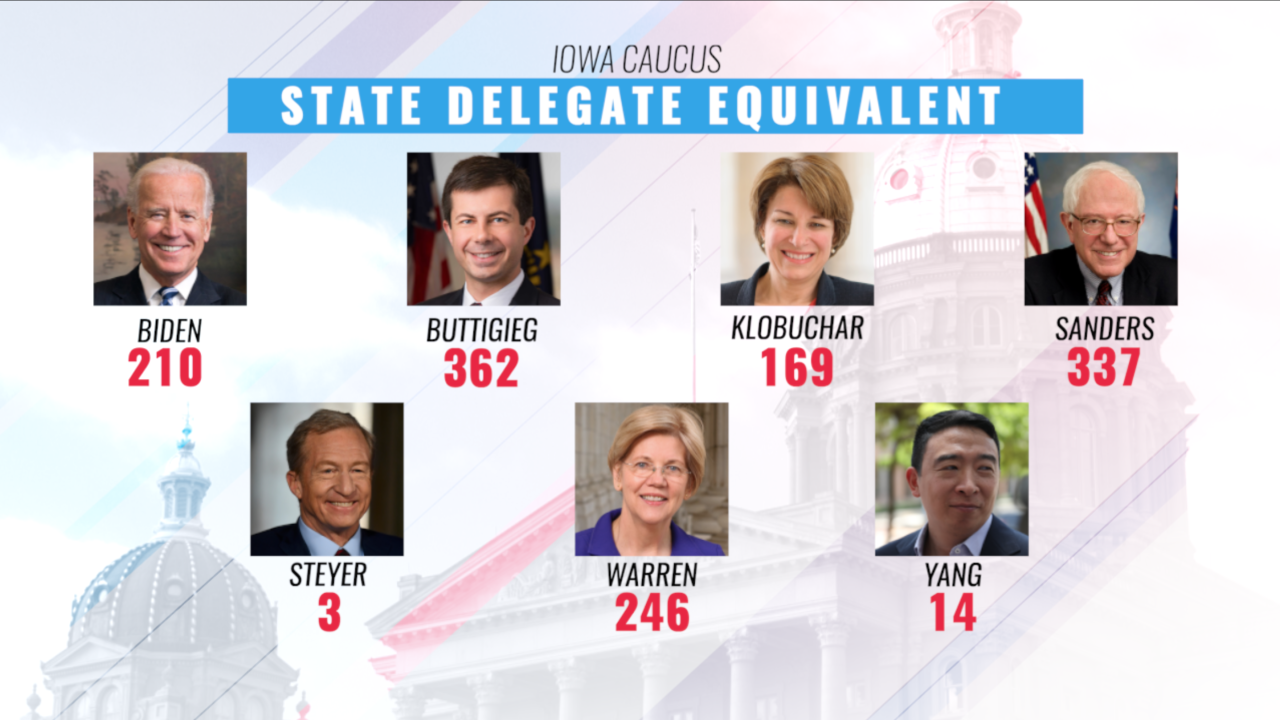 IOWA — The Iowa Democratic Party (IDP) has released some of the results from Monday’s caucuses.

The results show Pete Buttigieg leading the pack of presidential candidates among state delegates, but is trailing Bernie Sanders in the popular vote. However, that doesn’t necessarily mean Buttigieg will end up claiming the most delegates from the state, because not all of the results have been released.

The caucus results were expected to be released Monday night, but the smartphone app used to record the voting data malfunctioned because of a “coding issue,” according to IDP Chair Troy Price.

“As precinct caucus results started coming in, the IDP ran them through an accuracy and quality check. It became clear that there were inconsistencies with the reports,” said Price in a statement.

Price says the issue has been fixed and that the app’s reporting issue didn’t impact the ability of precinct chairs to report data accurately. He added that that there’s no indication that the party’s system was the target of a cyber-attack.

Forty-one national delegates were up for grabs in Monday's primary, which will be split among qualifying candidates.