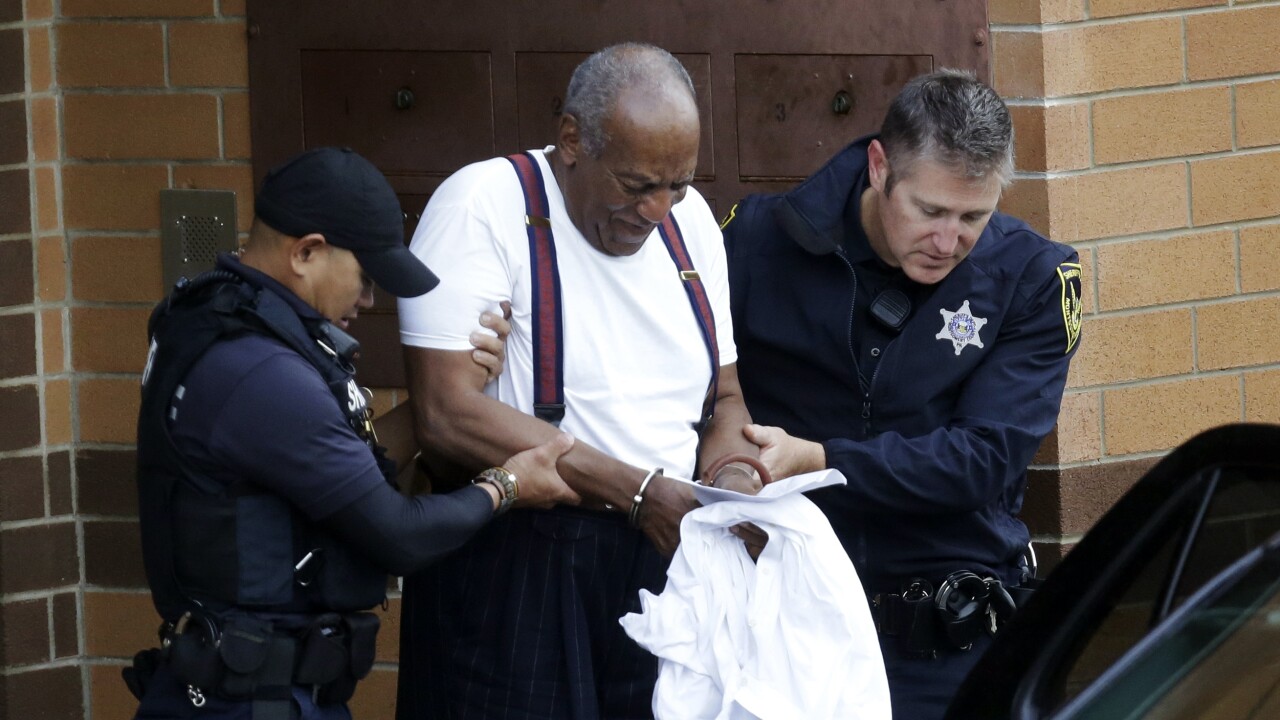 Copyright 2018The Associated Press. All rights reserved
Jacqueline Larma/AP
Bill Cosby is escorted out of the Montgomery County Correctional Facility in Eagleville, Pa., on Sept. 25, 2018, following his sentencing to a three-to-10-year prison sentence for sexual assault. (AP Photo/Jacqueline Larma)

PHILADELPHIA (AP) — Bill Cosby's lawyers are arguing in a new appeals filing that it was “fundamentally unfair” to let prosecutors use Cosby's damaging deposition from a sex accuser's lawsuit against him at trial.

The filing made Tuesday largely focuses on what Cosby believes was a binding promise from a district attorney that he wouldn't be charged in the case. A spokeswoman for the Montgomery County district attorney's office isn't commenting but says prosecutors will file a response within a month.

The 83-year-old Cosby is serving a three- to 10-year prison term for three counts of felony sex assault.