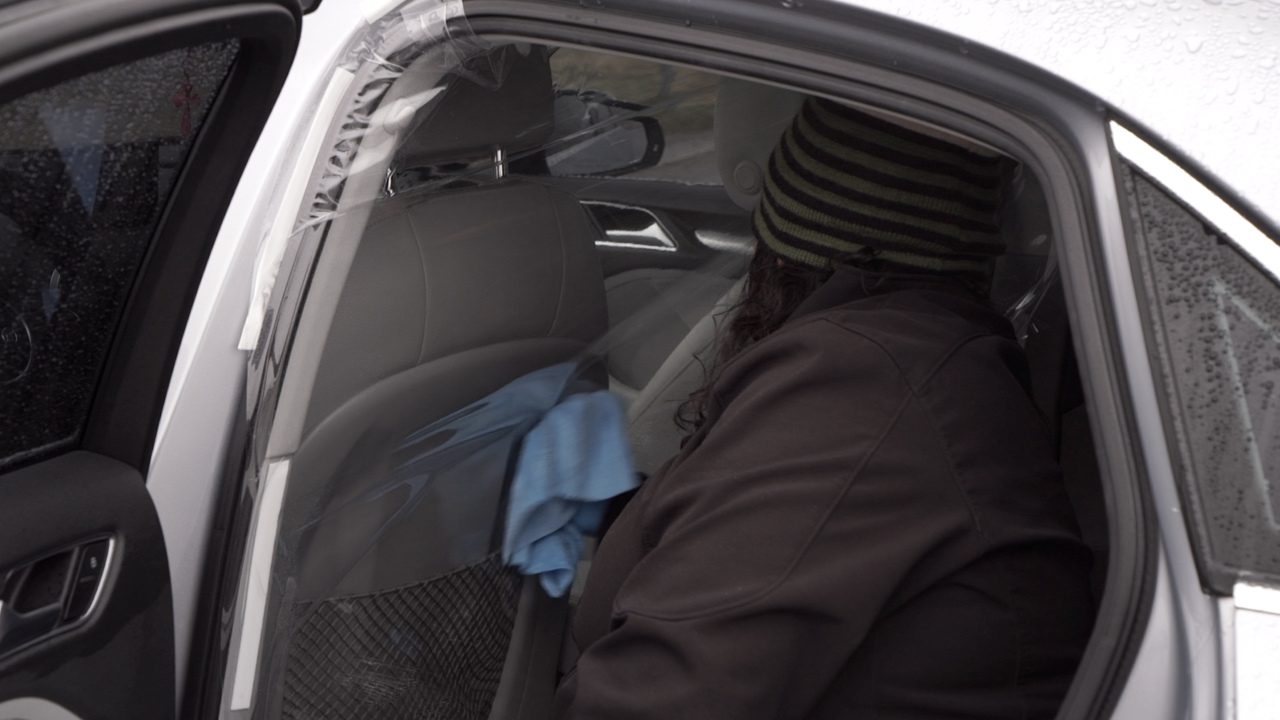 As most Americans are under a stay-at-home order, rideshare drivers are taking extra precaution to stay safe. Rideshare apps are warning users to travel only if you must, in order to help “flatten the curve” and slow the number of COVID-19 cases.

“Ridership is probably down a good 60, 70, 80 percent depending on the times of day,” said Ron Booth, a rideshare driver.

But some people still have places they must go, and essential workers still need to get to their jobs.

“There’s healthcare workers, grocery store workers, and others that I depend on, we all depend on, day to day, and somebody's gotta get those people to and from work,” Booth said.

Booth and some of his fellow rideshare drivers find it their duty to continue on. He has found a way to keep himself healthy and keep his passengers safe, too.

“They seem to be very appreciative of the fact that I’ve got the sneeze guard,” Booth said, referring to the plastic sheet between the front and back seats of his car. “99.9 percent of passengers understand that it’s for the protection of the driver and the passengers and appreciate the effort."

It adds a layer of protection in this time of social distancing. Booth’s not alone; pictures of this makeshift barrier have surfaced across the U.S. and beyond.

“Not just a shield, but literally down to the ground and make sure that it’s taped. I know it’s not 100 proof,” Castaneda said.

Her setup is similar.

“At first, I think people are shocked but then, when I tell them the story about why I started putting plastic in the car, they’re like, 'OK, good. This is great,'” she said.

Is this effective? We asked Michelle Barron, the medical director of infection prevention at UCHealth University of Colorado Hospital.

"I think a lot of it is, again, having a physical barrier is actually not such a bad thing," Dr. Barron explained. "If it covers your head and sort of limits what you’re able to cough out and it lands on the plastic instead, it certainly helps significantly.”

However, she warns other measures need to be taken as well.

“You don’t want to underestimate the power of your hands,” Dr. Barron said.

She also recommends having hand sanitizer and wipes available to keep the environment clean.

The plastic guard is more than just a physical barrier, Dr. Barron said. It also serves a psychological purpose for the drivers.

“I think it makes them feel like they’re doing something, which I think right now plays into our psyche of this need to control things that we have no control over,” she said.

“The greatest benefit of the sneeze guard really is a psychological benefit,” Booth said.

“Even people like me that have compromised immune systems, we can still make a difference and we can still help each other. We just need to be a lot more careful on how we do it at this point,” Castaneda said.