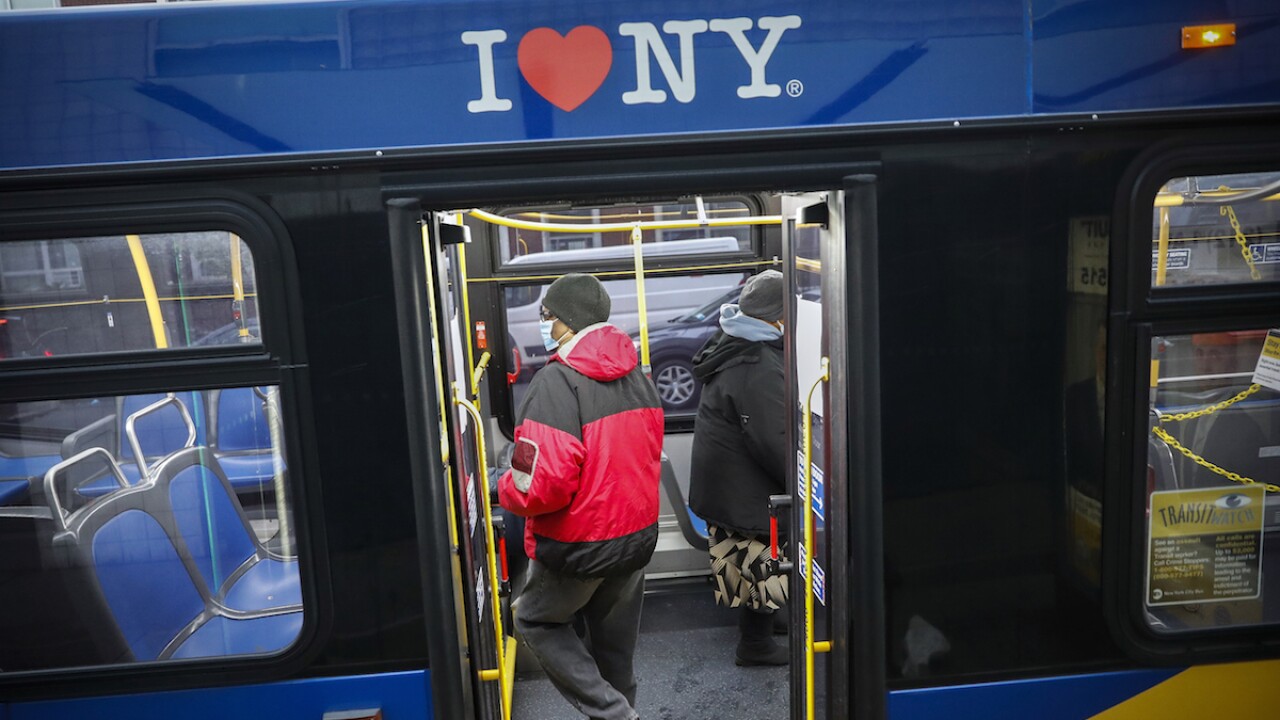 Copyright 2020 The Associated Press. All rights reserved.
John Minchillo/AP
Customers wear personal protective equipment as they board an MTA bus as it operates without fees, Friday, April 24, 2020, in the Bronx borough of New York. (AP Photo/John Minchillo)

The state on Friday reported 422 deaths as of the day before.

That's the fewest since March 31, when it recorded 391 deaths.

More than 16,000 people have died in the state from the outbreak.