Medicare data: Black people likelier to be hospitalized for COVID-19 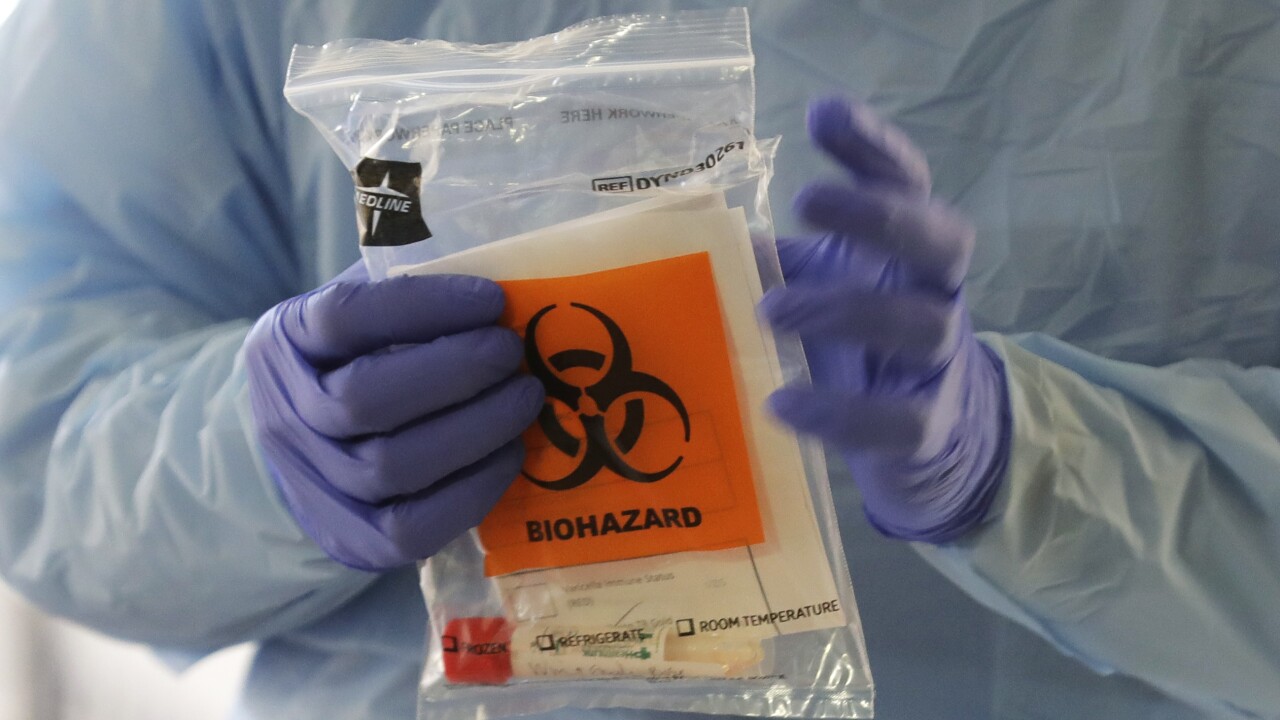 Copyright 2020 The Associated Press. All rights reserved.
Ted S. Warren/AP
A nurse at a drive up COVID-19 coronavirus testing station, set up by the University of Washington Medical Center, holds a bag containing a swab used to take a sample from the nose of a person in their car, Friday, March 13, 2020, in Seattle. UW Medicine is conducting drive-thru testing in a hospital parking garage and has screened hundreds of staff members, faculty and trainees for the COVID-19 coronavirus. U.S. hospitals are setting up triage tents, calling doctors out of retirement, guarding their supplies of face masks and making plans to cancel elective surgery as they brace for an expected onslaught of coronavirus patients. (AP Photo/Ted S. Warren)

Black people were nearly four times more likely than white people to be hospitalized with COVID-19 among people with Medicare, the government said Monday.

The analysis from the federal Centers for Medicare and Medicaid Services also found that having advanced kidney disease was an even more severe risk indicator for hospitalization than race, ethnicity, or being poor.

“It reconfirms long-standing issues around disparities and vulnerable populations,” said Medicare administrator Seema Verma, adding that “race and ethnicity are far from the only story.″

Medicare’s analysis confirms what The Associated Press and other media organizations have previously reported about African Americans and Latinos bearing the brunt of the pandemic, while adding new details.

The group covered by Medicare is considered the most vulnerable to the coronavirus. Most of its 60 million enrollees are age 65 and older. Also covered are younger people who qualify because of disabilities.

From Jan. 1-May 16, more than 325,000 Medicare recipients were diagnosed with COVID-19, and nearly 110,000 were hospitalized, according to the analysis of claims data. Medicare spent $1.9 billion for hospital care, an average of about $23,000 per case for people enrolled in the traditional fee-for-service part of the program.

The analysis found that:

— The rate for Hispanics was 258 per 100,000, or about twice the rate of whites. Asians were about one-and-a-half times more likely than whites to be hospitalized for COVID-19.

— Low-income Medicare recipients who are also covered by their state Medicaid programs had a hospitalization rate that was slightly higher than the rate for African Americans.

— There were fewer COVID-19 cases and hospitalizations among Medicare recipients in rural areas, when compared to cities and suburbs.

But all in all, having advanced kidney disease was by far the biggest risk factor, the study found. People whose kidneys have stopped working to the point where they can’t live without dialysis or a transplant had a hospitalization rate of 1,341 per 100,000, or nearly three times higher than the rates for low-income beneficiaries and African-Americans.

Verma said this may reflect the fact that people with advanced kidney disease generally also suffer from other medical problems that worsen COVID-19 outcomes, such as diabetes. Patients typically have to travel to a special facility to get dialysis, and the treatment can bring them together with others who may have been exposed.

Medical problems such as high blood pressure and heart conditions also tend to be more prevalent among Blacks and Latinos, increasing their risks for severe coronavirus infections.

Taken together, the Medicare data call for a greater focus on social conditions that contribute to poor health, Verma said, as well as continuing to expand coordinated care for patients trying to cope with several chronic conditions at a time.

The Medicare data released Monday lack complete information about deaths, since they only record those who passed away in a hospital.