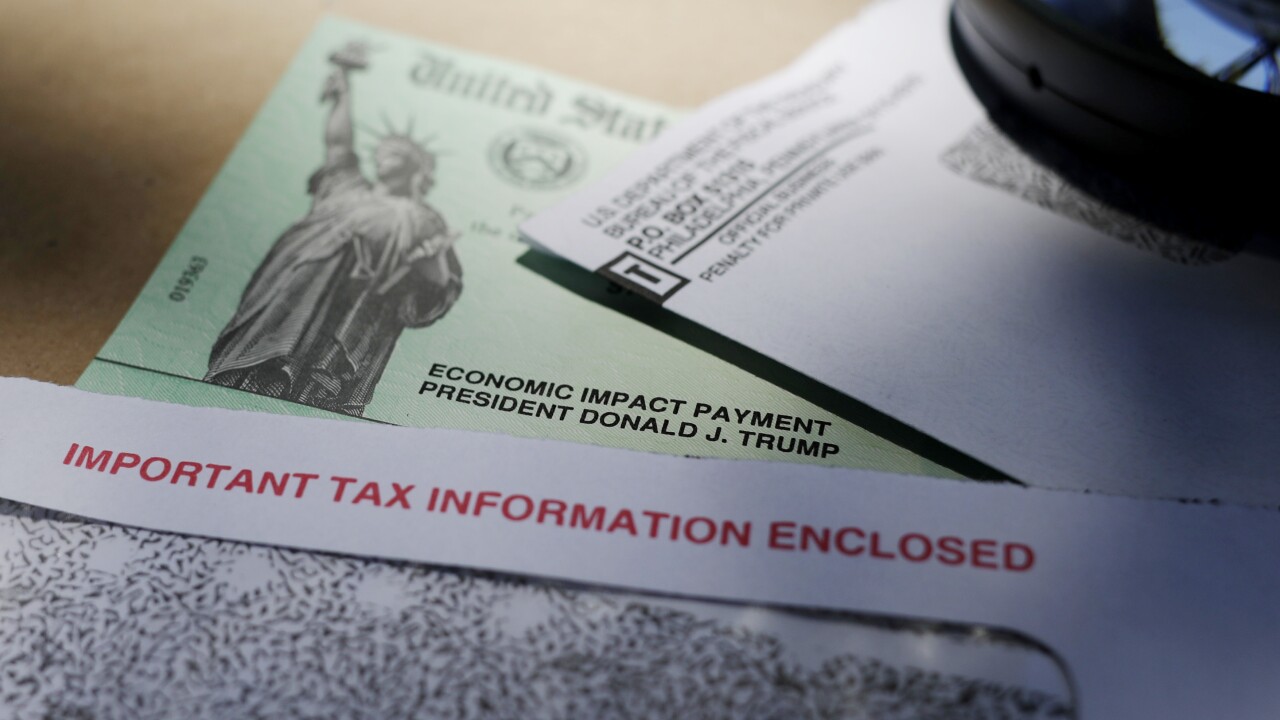 Copyright 2020 The Associated Press. All rights reserved.
Eric Gay/AP
In this April 23, 2020, file photo, President Donald Trump&#39;s name is seen on a stimulus check issued by the IRS to help combat the adverse economic effects of the COVID-19 outbreak, in San Antonio. (AP Photo/Eric Gay, File)

The IRS announced this week it has extended the deadline for those who did not file a tax return the last two years to request a $1,200 stimulus check. The deadline, which was previously slated for October 15, will now be on November 21.

The economic stimulus checks, which millions of Americans received during the spring and early summer, is for most American adults earning less than $75,000 a year. The IRS paid the checks out to those who either file an annual tax return or receive government benefits. American adults who are not considered a dependent, such as young adults living at home, and do not file a tax return are required to submit a form to the IRS. The form is available on the IRS’ website.

"We took this step to provide more time for those who have not yet received a payment to register to get their money, including those in low-income and underserved communities," said IRS Commissioner Chuck Rettig. "The IRS is deeply involved in processing and programming that overlaps filing seasons. Any further extension beyond November would adversely impact our work on the 2020 and 2021 filing seasons. The Non-Filers portal has been available since the spring and has been used successfully by many millions of Americans."

As a reminder, here is who is eligible for a stimulus check: