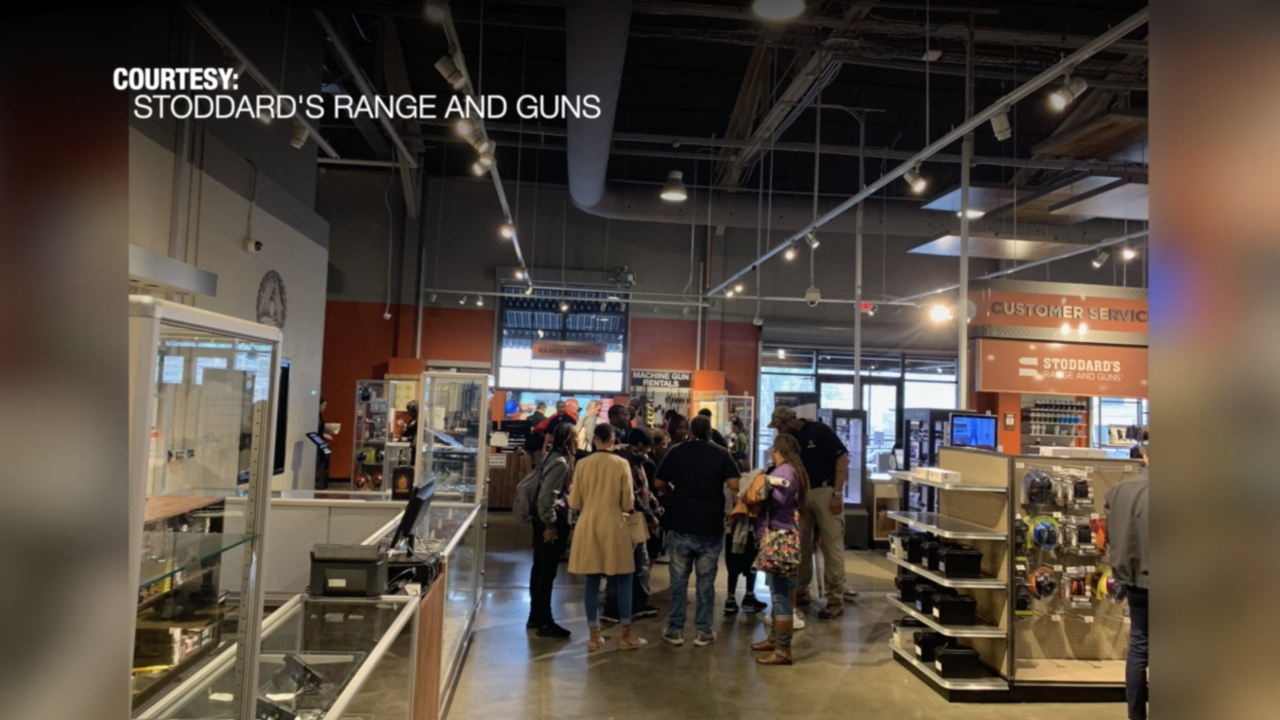 “I think a lot of people were panicking and they rushed out to go get guns,” said Edgar Antillon, owner Guns for Everyone.

Antillon says his shop is the largest handgun training company in the state of Colorado. Right now, he’s practically sold out of ammunition, magazines and even most of his guns.

“Last week we probably had close to 500 guns sold,” he said. “That is an insane amount for us on the retail side.”

Antillon says the increase in sales is putting a major strain on the buying process.

“In the state of Colorado, usually you go in, fill out your application and within 15 minutes you go home with your gun,” he said. “Right now, it’s taking up to a week for us to get an answer.”

Across the country, guns shops are seeing more sales with first-time buyers making up most of their clientele which is causing some concern.

“We have a wave of people that are somewhat uneducated and buying it out of fear,” said Alex Shkop, owner of Guns and Range Training Center in West Palm Beach, Florida.

With more people doing what he describes as “panic buying,” Shkop wants to make sure safety is a priority.

“We are eager to pass the knowledge not just the sale,” he said. “So, we are really hoping people come back for training.”

Small Arms Analytics and Forecasting estimates firearms sales in the US increased more than 85% this March compared to last March.

They believe the reason for the spike in sales is linked to the COVID-19 crisis.

“It makes us very nervous that they’re going home with firearms when they haven’t had a firearm before,” said Ken Baye, co-owner of Stoddard’s Range and Guns in Atlanta.

Baye says it’s hard to hold firearm safety classes when social distancing is a priority and that the lack of education is alarming.

“We’re just always concerned that someone is storing a firearm under a mattress or a place where a child can get to it,” he said. “And when they pick it up, they’re not really sure how it use it.”

To hopefully increase safety, Stoddard’s is offering anyone who buys a gun a 30% discount on upcoming training sessions.

Back in Colorado, Antillon believes firearm training is absolutely crucial for public safety.

For anyone that feels unsafe, Antillon says he will store their guns for them

“I think if we’ve learned anything from history, it’s probably going to get worse before it’s gets any better,” he said.