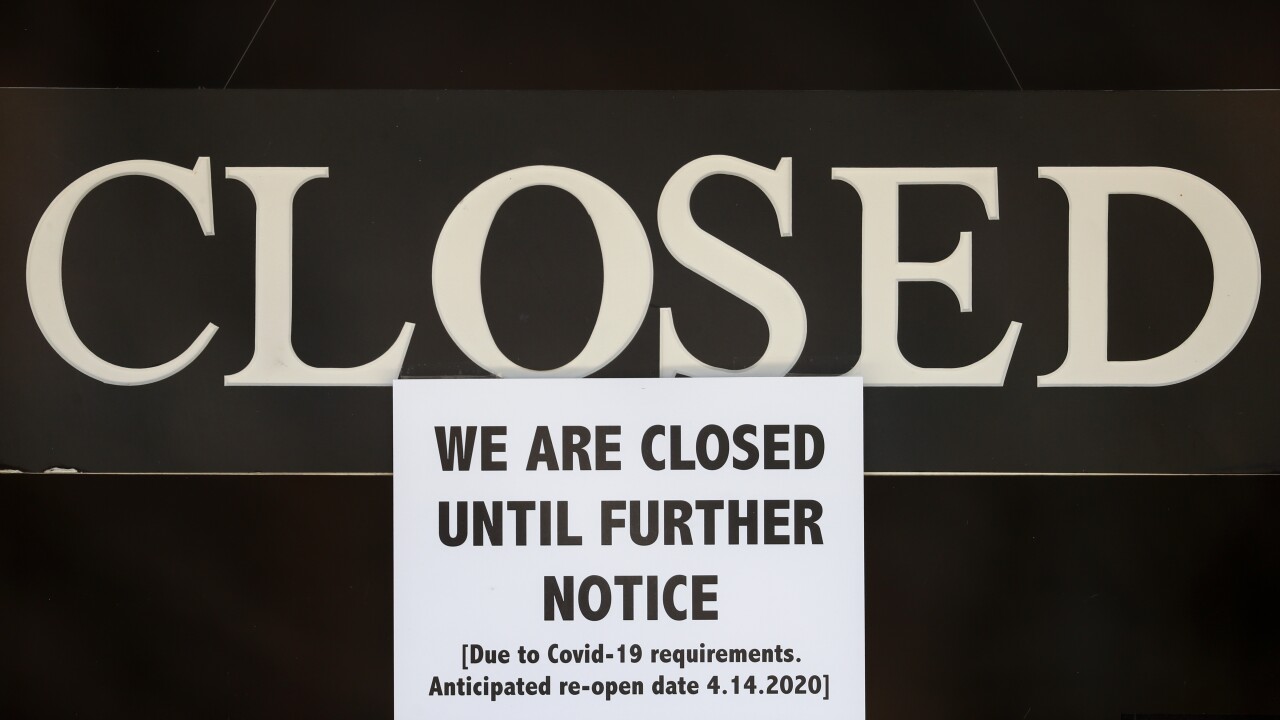 Copyright 2020 The Associated Press. All rights reserved
Paul Sancya/AP
FILE - In this April 2, 2020 file photo, a notice of closure is posted at The Great Frame Up in Grosse Pointe Woods, Mich. The government has reached its $349 billion lending limit for its Paycheck Protection Program that is sending relief money to the nation’s small businesses. (AP Photo/Paul Sancya, File)

The Department of Labor reported Thursday that 1.5 million Americans filed initial claims for unemployment during the week ending June 6, bringing a three-month total to about 43 million.

Thursday's report marked the tenth straight week of declining unemployment numbers, as every state has begun the process of lifting coronavirus-related lockdowns.

The report also comes a week after the U.S. Bureau of Labor Statistics said the U.S. unemployment rate actually fell a full percentage point — an encouraging sign for the economy.

Prior to the pandemic, the record high for weekly unemployment claims came in 2006, when 665,000 people filed for unemployment. The Department of Labor has been tracking the statistics since 1967.

Economists often use weekly unemployment claims as a reliable tool when predicting unemployment. However, some surveys indicate that weekly initial claims may be underestimating the amount of those unemployed.

At least one survey from the Economic Policy Institute found that millions of Americans gave up trying to seek benefits or didn't even attempt to due to states' overwhelmed and antiquated unemployment systems.

Despite the staggering unemployment figures, the stock market has been on a steady rise since reaching a four-year low in March. Markets have been buoyed by stimulus from both the Federal Reserve and Congress, as well as encouraging reports from health experts regarding the potential development of a COVID-19 vaccine.