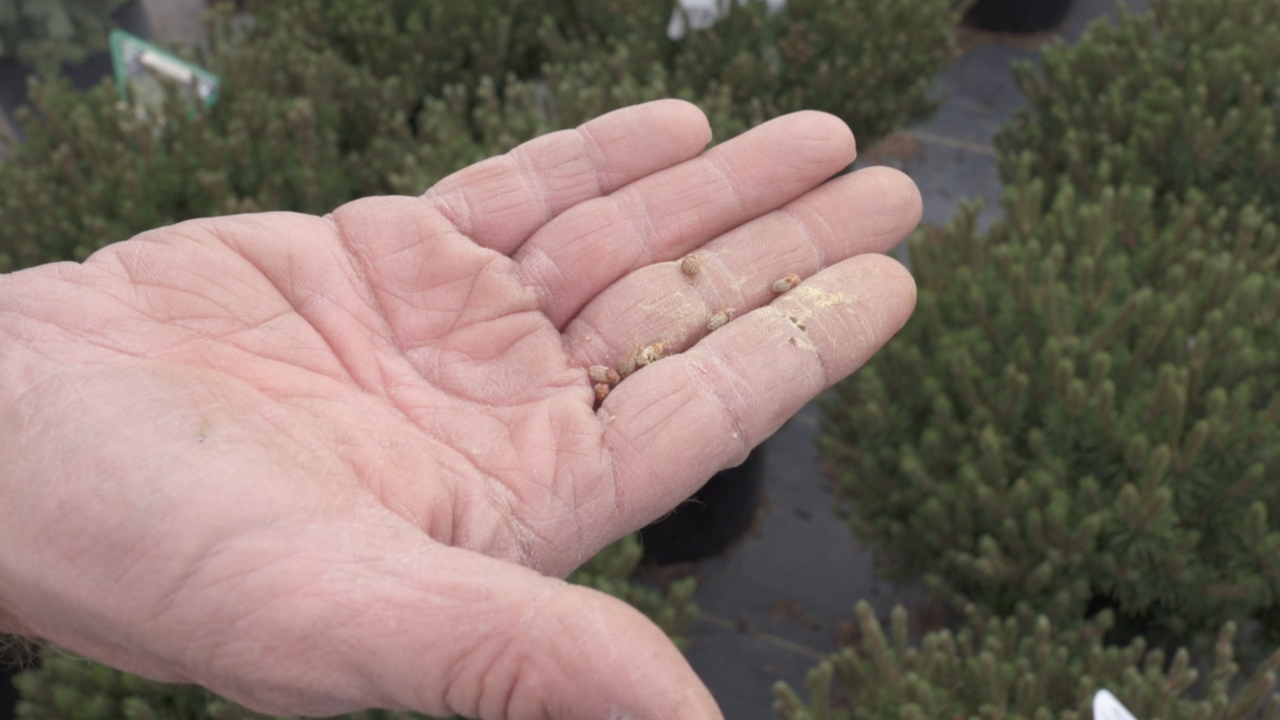 Keith Williamson is the inventory Control Manager at Little Valley Wholesale Nursery in Brighton, Colorado. He says there is a distinct difference between a male and a female tree.

A study by horticulturalist and allergy researchist Thomas Leo Ogren proves the sex of shrubs and trees is significant because it’s having an impact on seasonal allergies.

For decades, Ogren has researched the allergy-potential of all the commonly used horticultural plants. His studies have confirmed male trees are being favored over female trees which is making allergies worse – a process otherwise known as botanical sexism.

“They do that because the female trees will drop seed pods, or seeds, or flowers or maybe a fruit of some sort on the sidewalks, and they want to have clean, tidy sidewalks. That’s what’s driving this whole thing."

On the other hand, males produce the pollen to fertilize the female’s seeds. As more male trees are planted, pollen counts increase, and as a result, more and more people are experiencing severe allergies. Dr. Clifford Bassett, the medical director of Allergy and Asthma Care of New York, says Ogren’s study is exciting because it can help people to know what to plant to help their allergies.

“Tom Ogren has provided a guideline: the opal scale. He rates plants from one to 10 in terms of their allergy potential,” Dr. Bassett said.

“There are ordinances actually that will prevent landscapers or people from planting female cottonwoods because they will produce the seeds which are attached to a tiny piece of fluff," Williamson said. "And thus in the spring, about a month or a little less, we’ll start seeing the fluff flying around from wild trees that are in the river bottoms, and so that can be a nuisance.”

However, there are other places across the country – and the world – that have become aware of this phenomenon. Those city ordinances are requiring the opposite.

“There are cities now that are banning male clones. They’re called pollen control ordinances: banning the sale and planting of these trees,” Ogren said.

Places like Berkley, California, Las Vegas, Nevada, Tuscan, Arizona, and Albuquerque, New Mexico. Ogren says a balance between male and female trees is what nature intended. Not only do females not produce pollen, but they actually attract it, taking more pollen out of the air.

“She produces all these little tiny flowers that electrically charged negative, and the pollen has a positive electrical impulse as it tumbles through the air. And so you have positive and negative – mutual attraction it’s called, and the pollen is drawn to those female flowers,” Ogren said.

Therefore, if we want to reduce pollen counts, and lessen the impact of allergies, Ogren says planting female trees and shrubs is the solution.

“Too long people thought pollen and allergies were like the weather that you could complain about it, but there wasn’t anything you could do about it. But really that’s not true,” Ogren said.

He’s asking people who may not have allergies to think of others who are suffering.

“If we don’t nip it in the bud, if we don’t do something about it, we’re going to make the air in our cities unbreathable for people.”