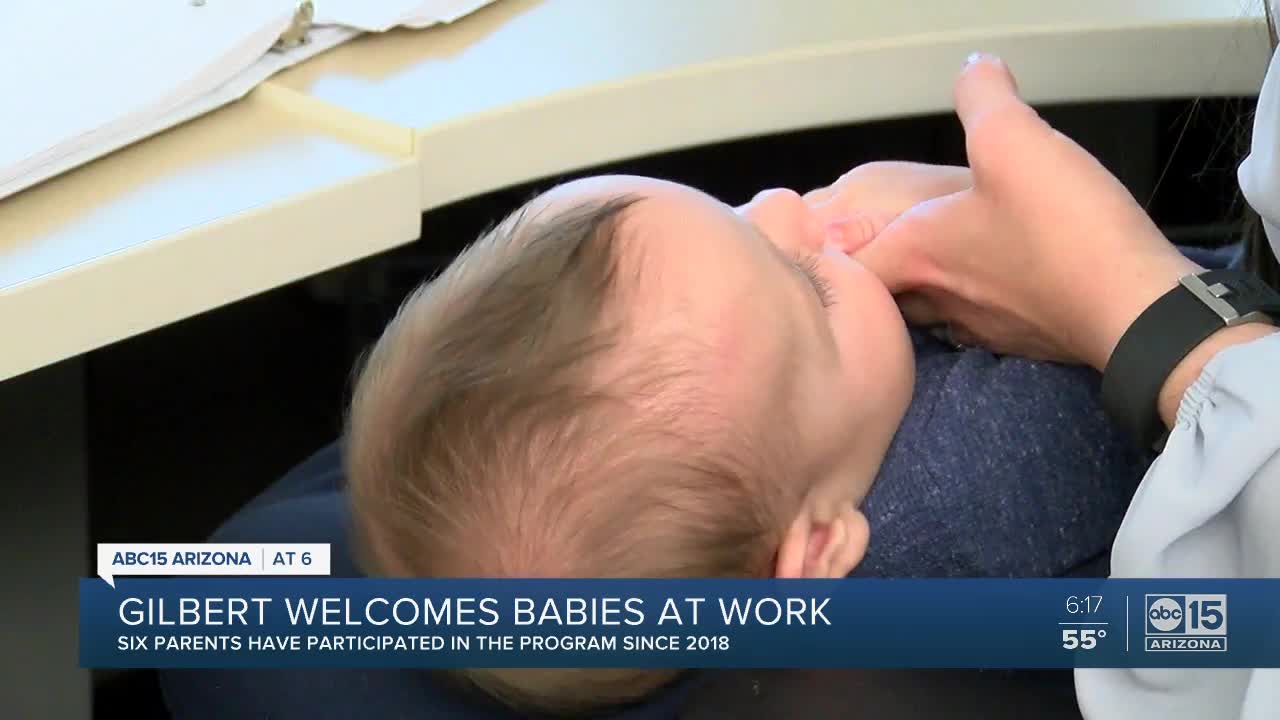 It can be a struggle for new parents to find a balance between life and work but Gilbert is helping employees make the transition. 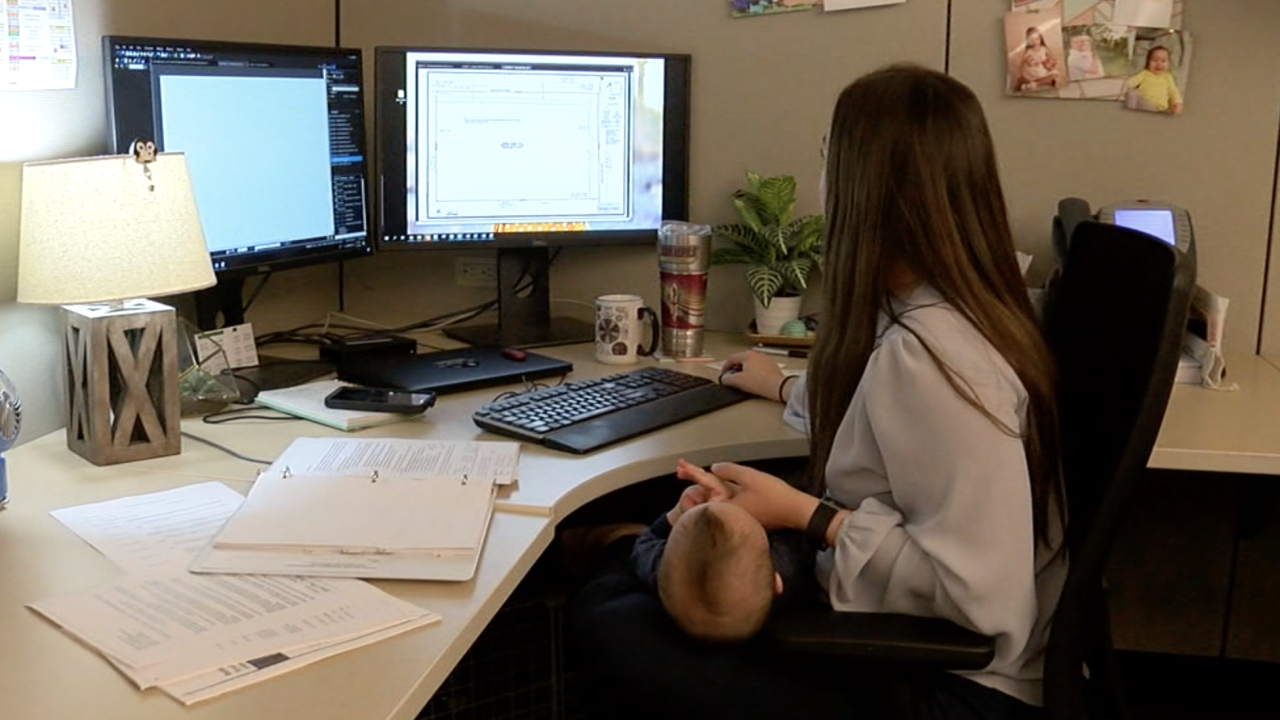 GILBERT, Ariz. -- It can be a struggle for new parents to find a balance between life and work, but the town of Gilbert, Arizona, is helping its employees make the transition.

Their Infant at Work program allows any town employee to work alongside their newborn, from police officers to city planners, like busy mother of three Ashlee MacDonald.

MacDonald says her schedule is hectic but bringing her 5-month-old, Daniel, to work helps.

"I wasn't totally sold on doing it before I had him but I'm really thankful I did. I was nervous the impact it would have on my coworkers but they've all been really receptive", says MacDonald.

The program started in December of 2018. It's modeled after the Arizona Department of Health Service's program that began as a breastfeeding policy in 2000.

"It's a win for mom and dad because they get to have additional bonding time. It's a win for us because we get our employee back and they can focus sooner," said Kristen Drew from Gilbert's human resources.

Over the past year, six parents have participated, including one father, Dan Martin, and his little boy, Nate.

"My wife had him for the first three months with maternity leave so I saw the opportunity to have that one-on-one father-son time with him", said Martin.

The babies might be a bit of a distraction but MacDonald says they're welcomed.

"I have one coworker that calls him the office therapy baby," MacDonald said.

The babies retire when they turn 6 months old. The town is expecting four more tiny new hires over the next six months.

This story was originally published by Chloe Mar at KNXV.