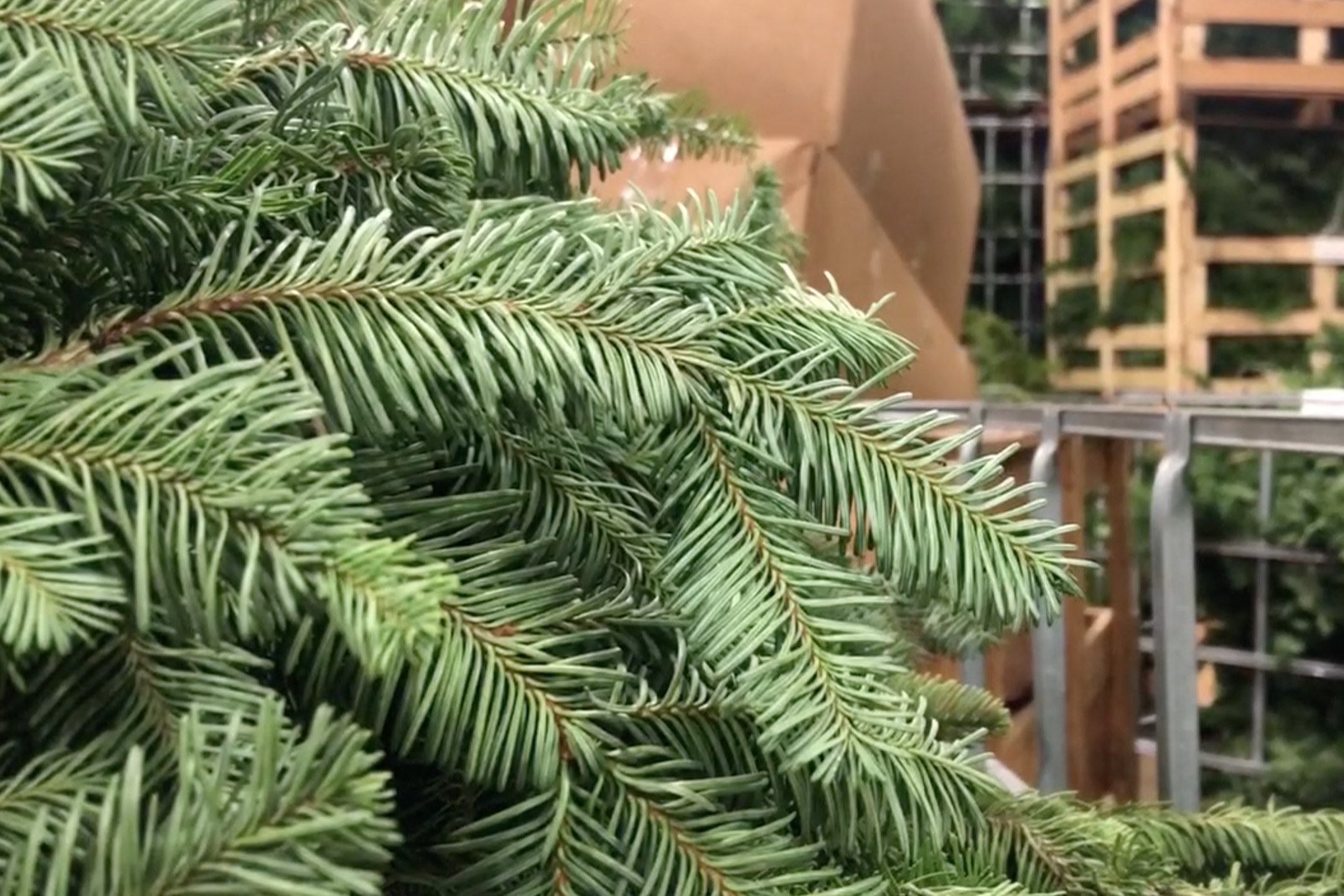 The Cleveland company you've never heard of that helps bring Christmas to homes all over the country.

CLEVELAND — When you think of Cleveland and Christmas, the "Christmas Story" house is surely one of the first things that comes to mind. But there is another local business that sits just two miles away that has quietly brought the holidays to homes all over the country for years.

M&M Wintergreens isn't open to the public and sits in a non-descript brick building that people drive by each day without a second glance. Inside though, sits a literal mountaintop, row after row of cedar, fir, pine, juniper, boxwood and magnolia, shipped here from as far away as the Pacific Northwest, and then shipped back out to places equally as distant.

"I've got customers as far south as Texas and Arizona, up in Minnesota, East Coast, West Coast, pretty much across the whole country we have customers," said Shannon Kuhrt, whose father Mike Boost started the business in 1990 after seeing an opportunity for a wholesale distributor of all things Christmas green.

"We are a wholesale Christmas and winter supplier to retailers, such as garden centers, Christmas tree farms — independent companies like that — landscape designers, people that go out and do holiday decorating for homes," Kuhrt said.

Christmas may still be a month and a half away but this is their busy season as public demand for their product seems to grow greater earlier each year. But Kuhrt is quick to point out, "Mother Nature's not changing her timetable no matter what the consumer marketing is." That's because all of the clippings (and they are only clippings, which encourages future growth — no trees are cut down for their products) can only be harvested after the first hard frost of the year.

"If you harvest it before there's been a hard frost on it you're going to have needles drop. So we work with people and harvesters and producers that will not cut any of the greenery until they've had that frost. So that's why the consumer might be looking for stuff already and getting excited but you don't want to have it too early or it's going to shed," she said.

The first story WEWS did on Wintergreens was in 2008 in the aftermath of the economic collapse. When retailers were preparing for a drop in consumer spending, they were seeing business as usual. That's because with the winter greens, and the smells that are associated with them, bring memories.

"It's tradition, and at Christmas time families want to keep that tradition from one generation to the next. So even if they can't go on the expensive vacations and they have to cut back on that in a down economy, like in 2008, they stay home more, and when they stay home more, they want to make home more special and that's where this stuff comes into play."

The scents in the refrigerated warehouse kept at a constant 36 degrees are overwhelming. But it turns out, they come with health benefits that have created an additional demand for their products from millennials and others drawn to them.

"There's a chemical the trees give off in the forest — especially the evergreen forests — it's called phytoncide and there are studies about that chemical along with biophilia research, which is that we innately are related to nature and are bodies react to that," Kuhrt said. "So in Japan, for example, there's a study where they do forest bathing, where they actually go out and take walks in the woods and unplug, if you will, from all of the technology and indoors.

"There have been studies to show it reduces blood pressure, reduces cortisol, which is a stress hormone. These being cut branches from those same types of trees is what it is still there in the cut materials. So when you have it in your home, not only is it nice to look at, but it also has the health benefits from breathing in that fragrance that everybody loves so much."

That being said Kuhrt admits, "I can't smell it after the first couple of days, I'm kind of immune to it, but I love it or I wouldn't be doing this."

This story was originally published by John Kosich on WEWS.