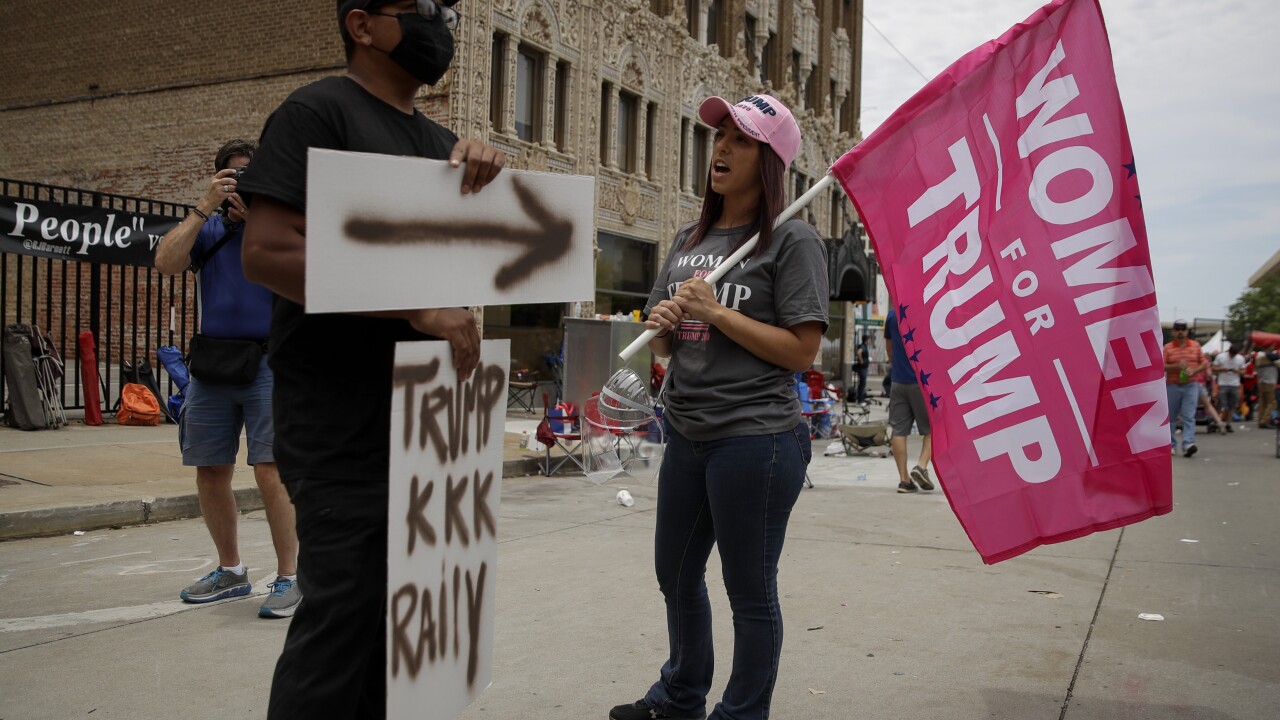 Charlie Riedel/AP
A protester and a supporter of President Donald Trump argue outside the BOK Center in Tulsa, Oklahoma where the president held a campaign rally on June 20, 2020.

TULSA, Okla. — President Donald Trump’s supporters faced off with protesters shouting “Black Lives Matter” in Tulsa Saturday night as the president held his first campaign rally in months amid public health concerns about the coronavirus and fears that the event could lead to violence in the wake of killings of Black people by police.

Activists flooded the city’s downtown streets and briefly blocked traffic at an intersection, but police reported just one arrest as of Saturday afternoon.

Later in the evening, a group of armed men began following the protesters.

When the protesters blocked an intersection, a man wearing a Trump shirt got out of a truck and spattered them with pepper spray.

Police later deployed an irritant gas to try and make the group disperse.