Trump shores up support for newest GOP congressman in NJ 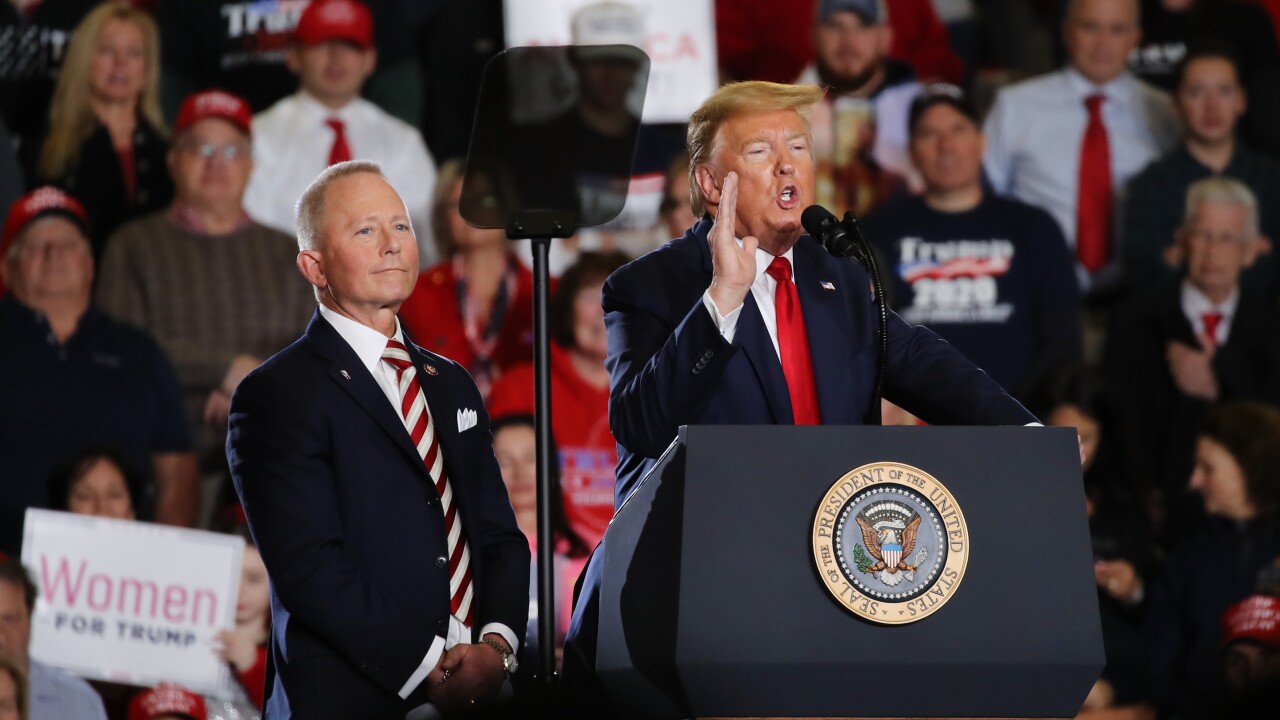 President Donald Trump is capping off a busy day by heaping praise on the newest Republican member of Congress and savaging Democrats he said are engaged in “demented hoaxes” like his impeachment trial.

Trump's rally in Wildwood, New Jersey, on Tuesday came hours after his legal team wrapped up the final day of its opening arguments on the Senate floor.

The president spoke to an enthusiastic audience in support of Rep. Jeff Van Drew, who recently abandoned the Democratic Party after breaking ranks over impeachment.

Trump called Van Drew on stage, saying, “Jeff had the guts to defy the left-wing fanatics in his own party.”