Trump is ‘not king’: Democrats back impeachment at debate 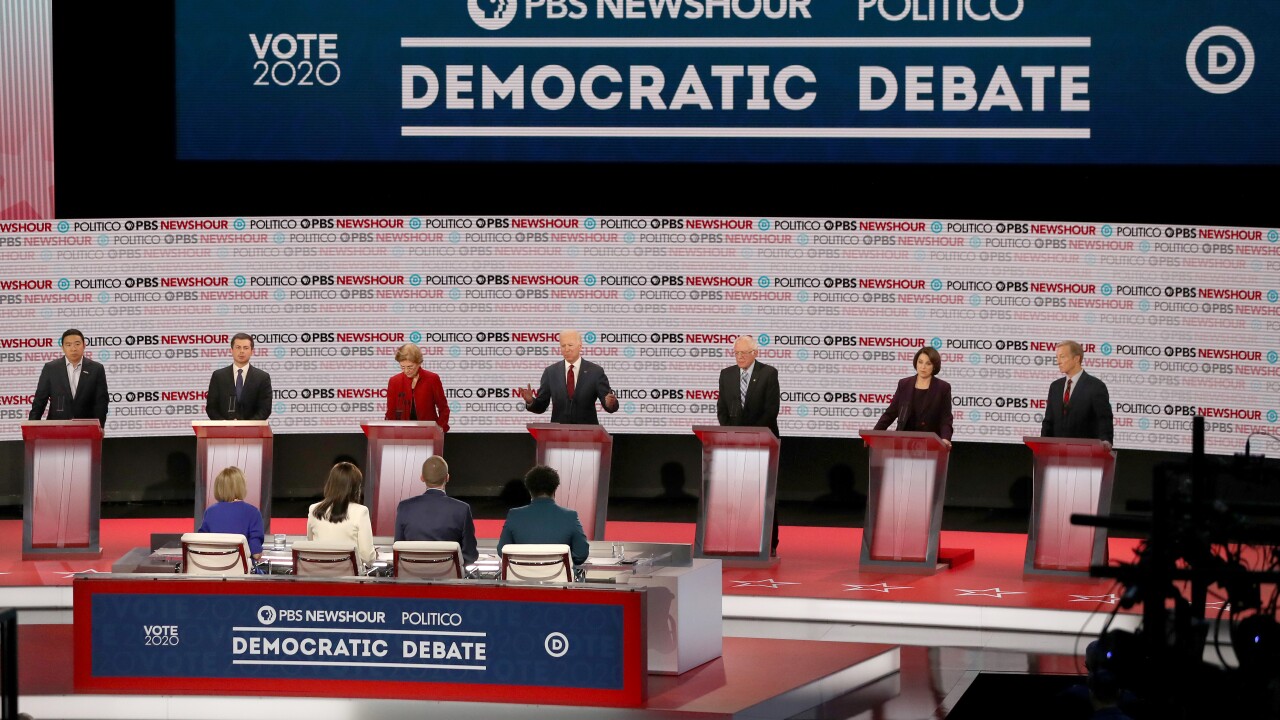 The Democratic Party’s leading presidential contenders argued in favor of President Donald Trump's impeachment as a shrinking field of White House contenders took the debate stage for a sixth and final time in 2019.

Thursday's debate was set in the heart of the holiday season just a day after the House's historic vote to impeach Trump, raising the prospect that it may draw the smallest audience yet. But the stakes were not small in the broader tug-of-war between passionate progressives and pragmatic moderates who are battling over the party's positions on core issues like health care, immigration, education and trade.

Several candidates called for Trump's impeachment in the opening moments of Thursday's debate.

Vermont Sen. Bernie Sanders called the President a "pathological liar" who is "running the most corrupt administration in the modern history of this country."

"We have a President who is a fraud, because during his campaign he told working people one thing and he ended up doing something else," Sanders said. "I believe, and I will personally be doing this in the coming weeks and months, (we should be) making the case that we have a President who has sold out the working families of this country, who wants to cut Social Security, Medicare and Medicaid after he promised he would not do that."

Massachusetts Sen. Elizabeth Warren said she would try to show voters "the impact of corruption."

"This President has made corruption, originally, his argument, that he would drain the swamp. And yet he came to Washington, broke that promise and has done everything he can for the wealthy and the well-connected," Warren said.

Yang said the push to impeach Trump has glossed over the deeper problems facing the country, including the polarization between the parties and the fact that voters are increasingly getting their news from sources that share their views.

"The more we act like Donald Trump is the cause of all our problems, the more Americans lose trust that we can actually see what's going on in our communities and solve those problems," Yang said. "What we have to do is we have to stop being obsessed over impeachment -- which unfortunately strikes many Americans like a ballgame where you know what the score is going to be -- and start actually digging in and solving the problems that got Donald Trump elected in the first place."

Yang added that leaders "have to take every opportunity to present a new, positive vision for the country, a new way forward to help beat him in 2020, because make no mistake, he'll be there at the ballot box for us to defeat.