Tonight is the final Democratic debate before the Iowa caucus. Here's what you need to know 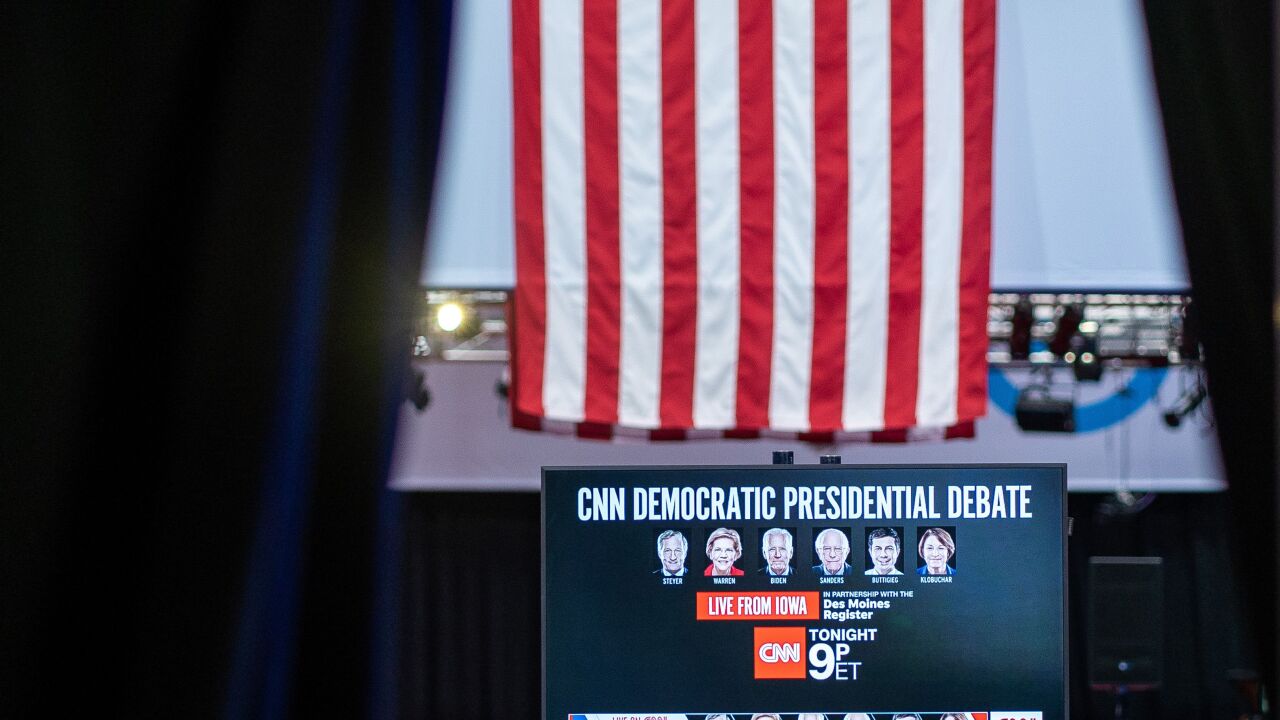 KEREM YUCEL/AFP via Getty Images
Members of the media set up before the start of the seventh Democratic primary debate of the 2020 presidential campaign season co-hosted by CNN and the Des Moines Register at the Drake University campus in Des Moines, Iowa on January 14, 2020. (Photo by Kerem Yucel / AFP) (Photo by KEREM YUCEL/AFP via Getty Images)

New tension between the Democrats' progressive stars threatens to shake up the party's presidential nomination fight in the final debate before primary voting begins.

Rougher shoving and sharper jabs are expected as a tighter field of Democrats takes the stage for Tuesday night's final debate before Iowa's leadoff caucuses.

Just six candidates are gathering in Des Moines: Four men, two women, all white. That's the smallest number yet on a debate stage.

The Democratic field's eroding diversity comes as the party is navigating broader debates over how to reflect and embrace the crucial role minority voters play in choosing a presidential nominee.

Fuel for the fire comes from the fact that it’s the last debate before Iowa’s results, which will give the winner momentum for the primaries to come.

State polling shows the race too close to call. Heading in, there are new signs of tension among all the top-tier candidates, particularly Bernie Sanders and Elizabeth Warren. If ever there has been a time for the six contenders on stage to take the gloves off, this is it.

President Donald Trump is eager to provide political counter-programming in a nearby battleground state. Trump heads to Wisconsin on Tuesday night to rally supporters even as the Democrats take the debate stage in Iowa, which holds its kickoff caucuses in less than three weeks.

Winning back Wisconsin is a key part of the Democrats' 2020 strategy. It's one of the reasons the party chose Milwaukee to host its national convention in July. Trump won the state by fewer than 23,000 votes in 2016.