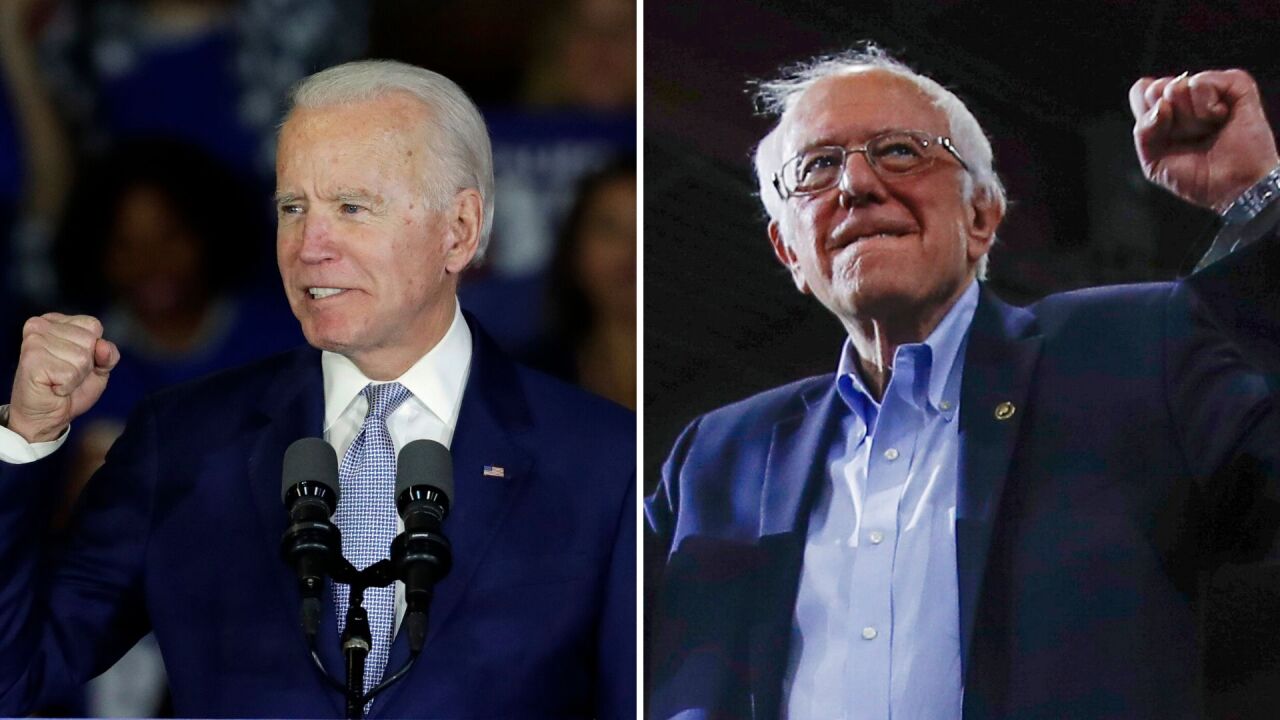 DEARBORN, Mich. — The Democratic presidential primary is down to two major candidates, and it shows.

Former Vice President Joe Biden and Vermont Sen. Bernie Sanders are spending their first weekend as their party's last top White House contenders sharpening their attacks against one another.

Each is trying to demonstrate that he's the best choice before six more states vote on Tuesday.

It reflects the new contours of a race that once featured more than 20 Democrats.

This state of play could endure for months as Biden and Sanders wage a protracted battle for the right to face President Donald Trump in November.