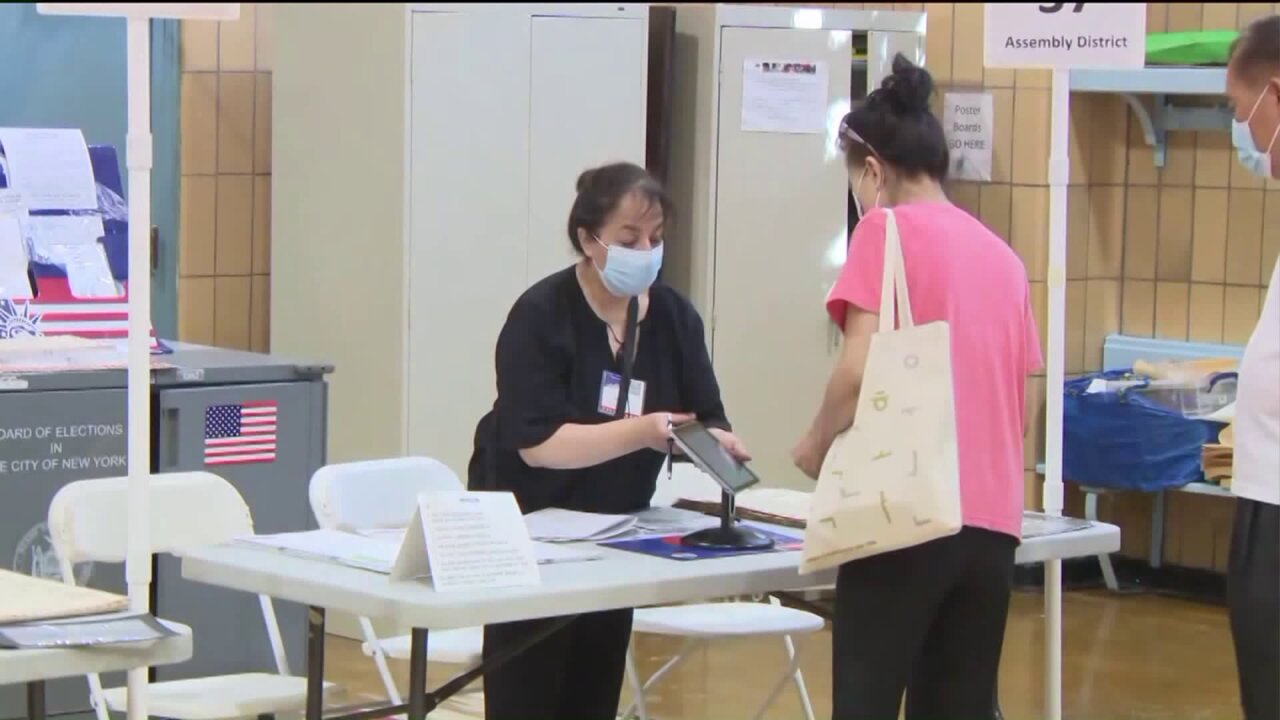 SUNNYSIDE, Queens — At least one polling site in New York City did not have a promised COVID-19 safety measure in place as primary elections got underway Tuesday morning.

The Board of Elections has assured voters there are safety precautions in place at polling sites.

Voters and volunteers are required to wear a mask — a rule that was being followed at P.S. 199 in Sunnyside, Queens.

The board also said poll workers would sit behind plexiglass dividers, but there were none at the school Tuesday morning.

The Board of Elections told PIX11 News the supplier was unable to fulfill their order.

However, a source familiar with the order told PIX11 the shields were delivered on time and in a greater amount than was requested. As of Monday, the Board of Elections had not distributed thousands of the dividers to voting locations, the source said.

A record number of voters requested absentee ballots this year in an effort to avoid in-person voting during the pandemic.

Of the more than 700,000 that were requested, the BOE said 95% were sent out. That leaves tens of thousands of New Yorkers who haven’t received theirs.

Voters who have not sent back their absentee ballot need to have it postmarked with Tuesday's date by the United States Post Office for their elections to be counted.

To vote in New York’s primary, you have to be registered with a political party.

Polls are open in New York City through 9 p.m.