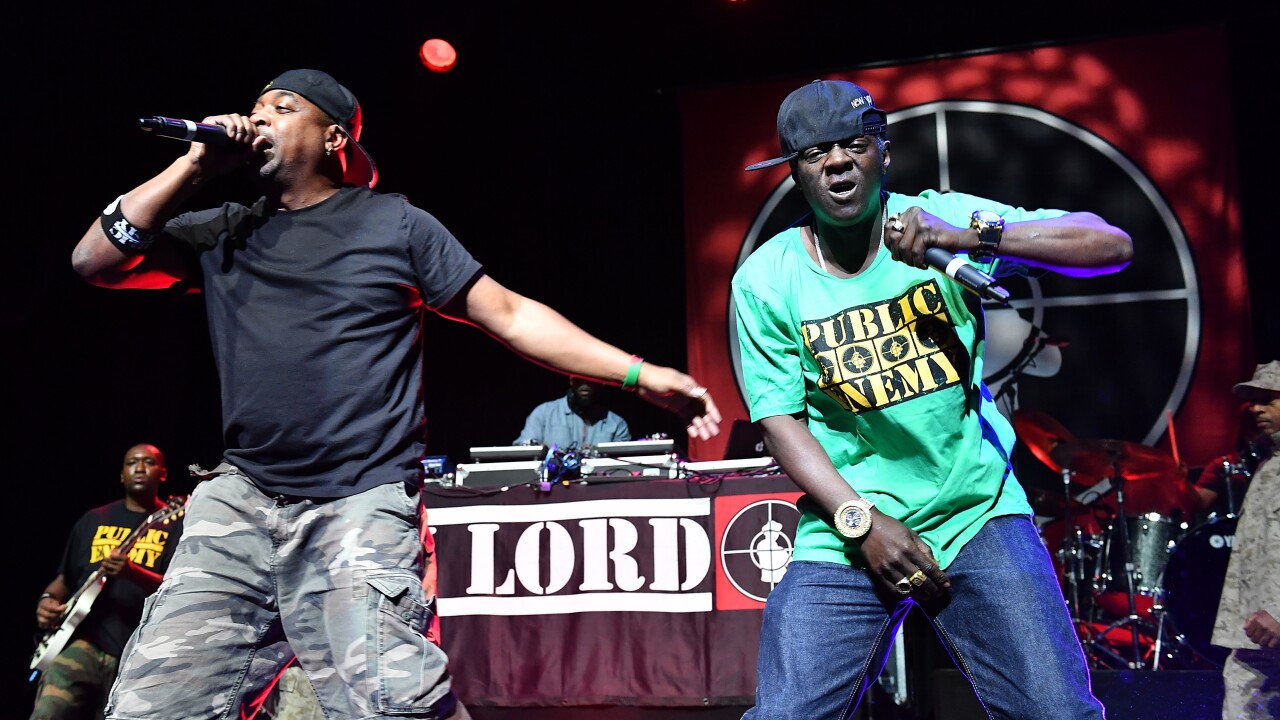 Leader Chuck D and Flavor Flav were in a public spat during the weekend over the pioneering rap group's plan to perform at a Bernie Sanders campaign event.

Public Enemy "will be moving forward without Flavor Flav,” the band said in a brief statement Sunday.

The dispute kicked off when Flavor Flav's attorney sent a cease-and-desist letter to Sanders' campaign on Friday, arguing that a Sunday concert and campaign rally in Los Angeles by Public Enemy Radio had used Flavor Flav's unauthorized likeness and image.