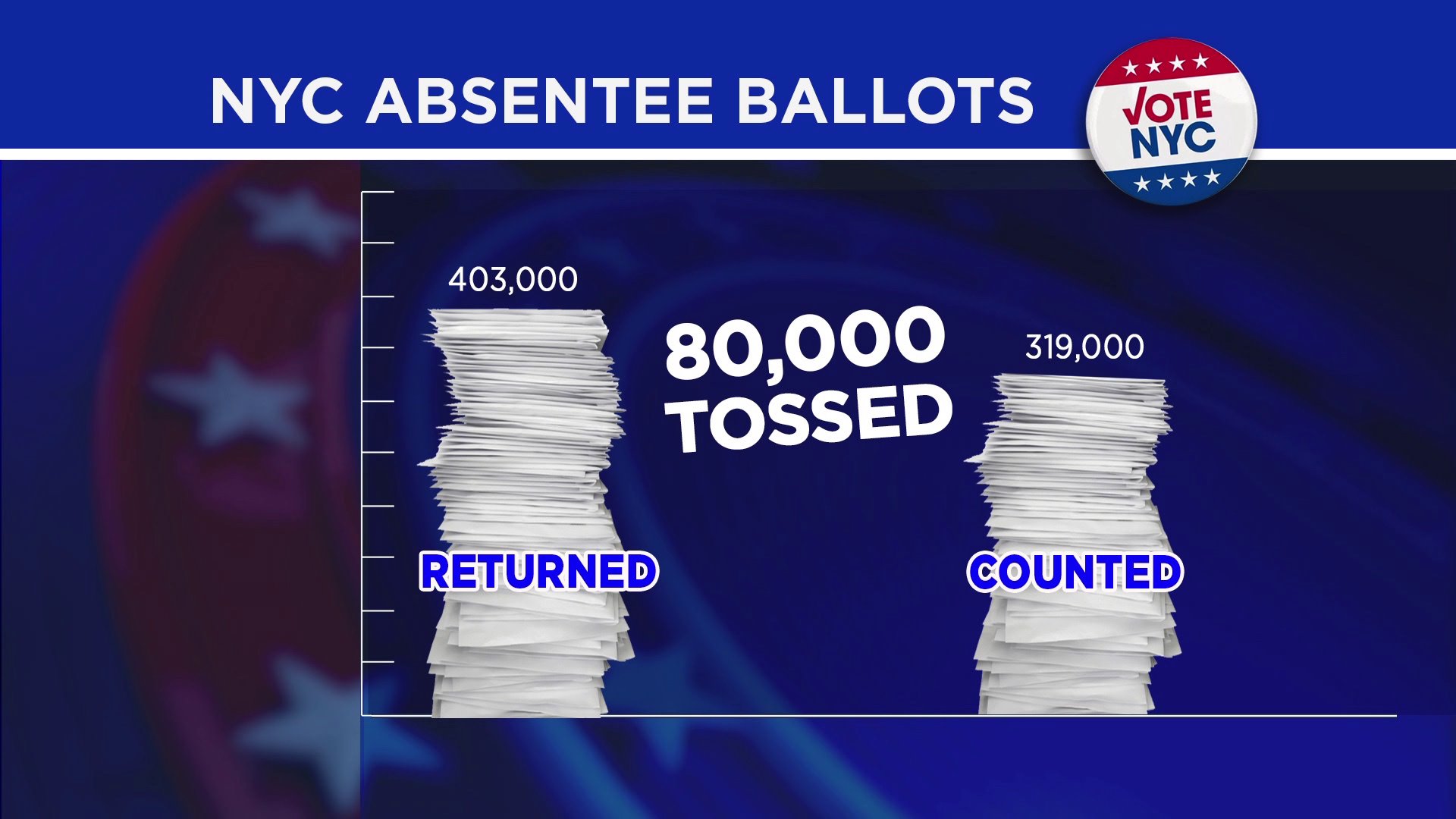 Election officials warned cash-strapped New York has a lot of work to do before Nov. 3 to ensure it can handle an even bigger flood of absentee ballots that delayed the counting of results in the June primary.

NEW YORK — The New York State and New York City Election boards were on the hot seat in Albany on Tuesday following major dysfunction around absentee ballots during the June Primary.

Tens of thousands of ballots were tossed out across New York; it's something that's been happening for years. Now lawmakers are focused on how to fix things before November.

Election officials warned cash-strapped New York has a lot of work to do before Nov. 3 to ensure it can handle an even bigger flood of absentee ballots that delayed the counting of results in the June primary.

Lawmakers and election commissioners used the Tuesday legislative hearing to discuss a massive expansion of absentee voting without enough preparation and funding, and how the state should prepare for November.

Election officials processed 1.8 million requests for absentee ballots in an election that saw nearly 40% of votes cast by absentee.

The big takeaway for voters is that if they plan to vote by mail, they should apply for an absentee ballot early, preferably online, and send it back in early.

“Too many New strikers saw their democracy fail them during the pandemic,” said State Sen. Zellnor Myrie, who led the hearing.

Myrie said the goal was to fix things quickly, not just dwell on June’s failings. However there was one troubling revelation from the New York City Board of Elections, which disqualified 20% of all absentee ballots for postmark and signature issues.

NYC BOE Executive Director Michael Ryan the high level of disqualifications was common, people just did not notice until this year when the pandemic increased voting by mail exponentially.

“The percentages are in keeping with board expectations,” Ryan said. “For example, in the 2016 Presidential Primary, 21% of absentee ballots were deemed to be invalid.”

Election officials are scrambling to redesign ballot envelopes so people notice the signature line. In New York City, there will be absentee ballot drop boxes at polling locations to help make sure last minute ballots gets sent on time.

State election officials were also pressed about why so many ballots did not get sent to voters on time. They said about half of voters applied for ballots only seven to 10 days before Election Day. Though this is technically legal, it made the task extremely difficult.

“Realistically that time is not sufficient to turn around the ballot and get it to the voter, and get it back to the board in a timely fashion,” said a state election commissioner, who advocated to make sure all absentee ballot applications were submitted two weeks in advance.

He also begged the state for more money and resources to facilitate the rapid expansion of absentee voting.

New Postmaster General Louis DeJoy, who's also a wealthy Trump donor, is reorganizing and slashing overtime. citing years of financial mismanagement. The moves have angered Democrats, who say the post office is being sabotaged because Trump has spoken out against mail-in voting.