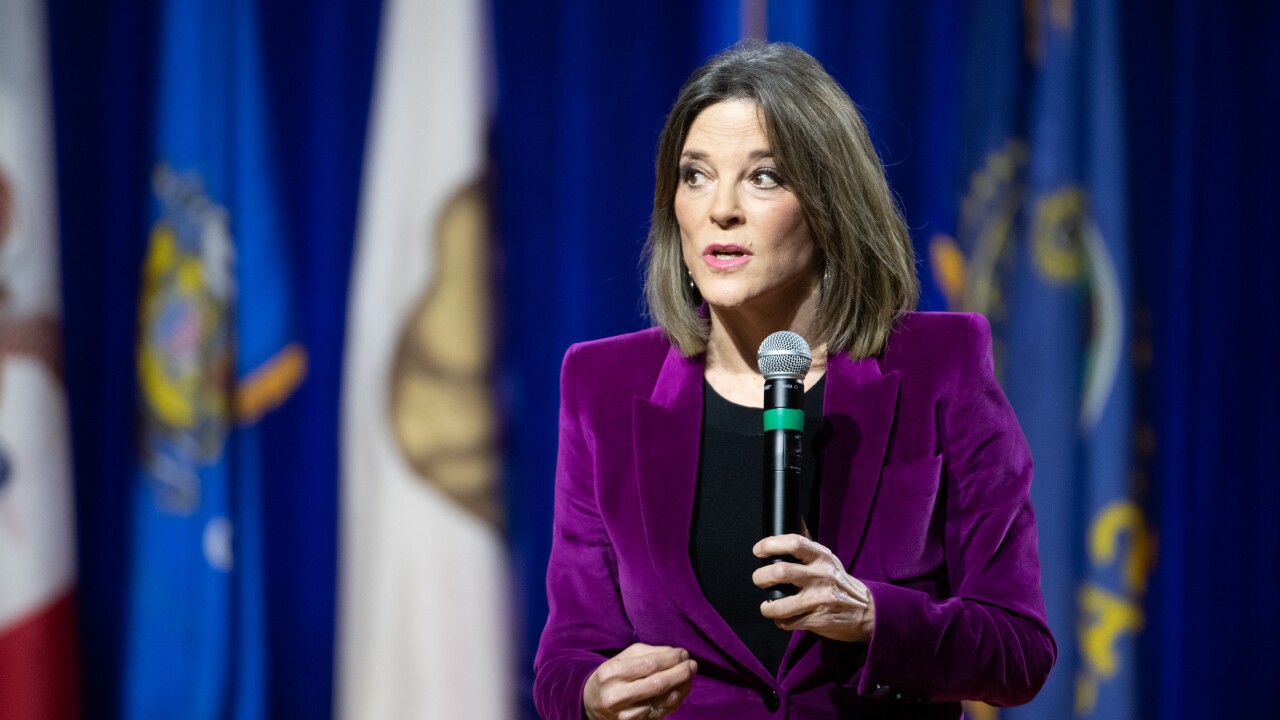 Best-selling author and spiritual guru Marianne Williamson has laid off her entire 2020 campaign staff but is pushing ahead with her Democratic presidential bid.

Williamson's New Hampshire state director and senior campaign adviser Paul Hodes confirmed Thursday that he had been laid off and “that the others in the national campaign have been laid off.”

A former campaign aide told The Associated Press that Williamson laid off her entire campaign staff on Dec. 31 because of financial concerns. The aide spoke on condition of anonymity because staff were told not to speak publicly about the layoffs.