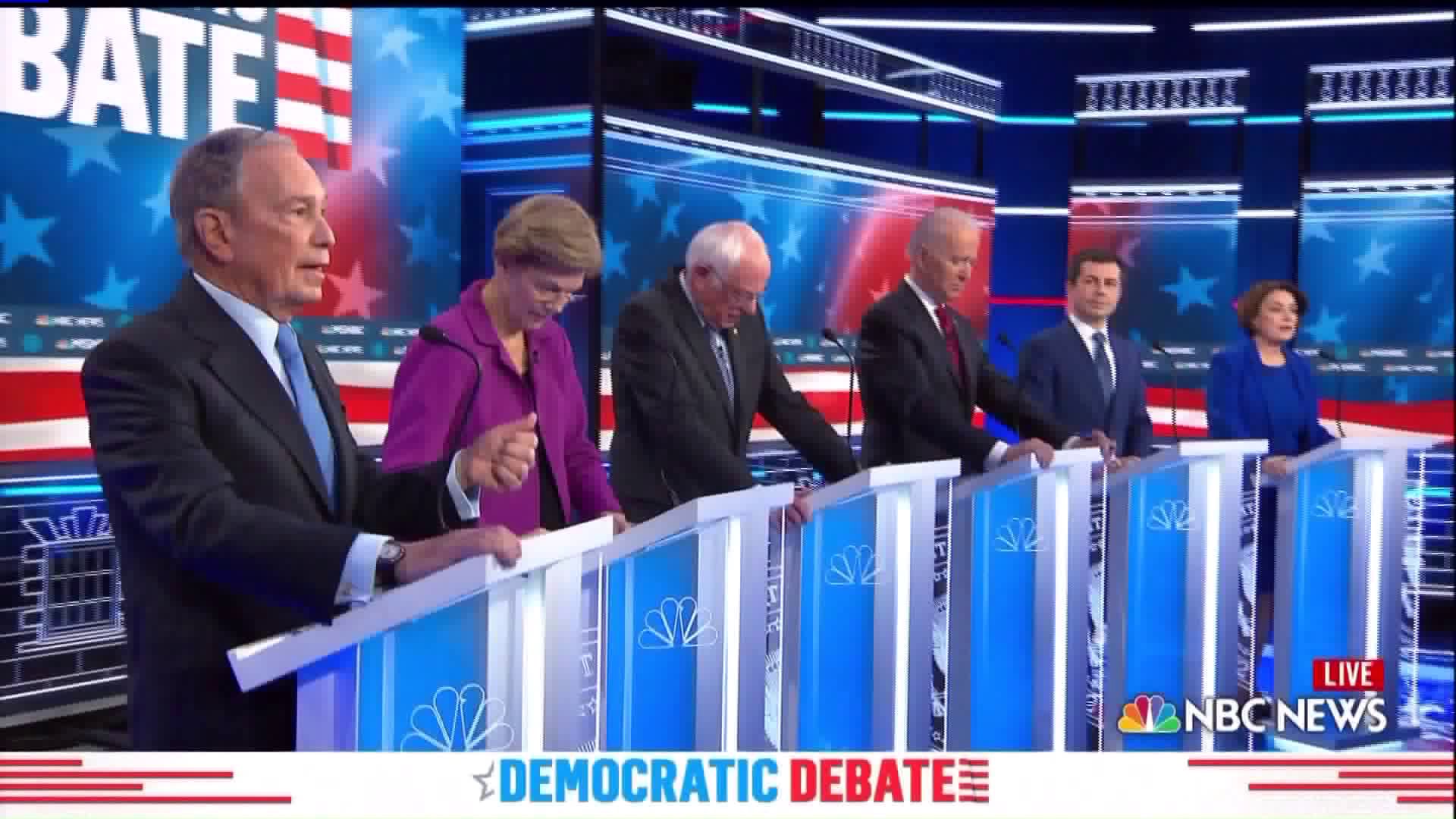 The fallout continues on the Democratic primary campaign trail, one day after the South Carolina debate.

NEW YORK — The fallout from the raucous and chaotic South Carolina Democratic presidential debate continued on the campaign trail Wednesday.

A new poll shows former Vice President Joe Biden gaining momentum in South Carolina, the last state to hold a primary before Super Tuesday, which is when Michael Bloomberg will first appear on the ballot.

The poll from Clemson University, which was very accurate in its prediction in the 2016 presidential race, has Biden getting 35% of the vote — nearly twice the amount of his nearest competitors, Tom Steyer and Sen. Bernie Sanders.

Biden also picked up the endorsement of influential South Carolina congressman and Congressional Black Caucus leader Jim Clyburn following his debate performance. The former vice president, along with many other candidates, went after Sanders on a range of topics, including his record of voting against gun control.

Bloomberg, a billionaire media mogul and former mayor of New York City, also bounced back from a rough debate performance and traded barbs with Sanders.

Bloomberg has maintained his promise to use his financial resources to help the eventual Democratic nominee. But Sanders, who weathered the debate’s constant onslaught relatively well, said he would reject that help if he’s nominated. In response, Bloomberg said he would not support the Sanders campaign.

However, the back and forth is largely symbolic because Bloomberg could never legally write any candidate a big check. He could continue to spend hundreds of millions on attack ads against President Donald Trump.

The Bloomberg campaign released such an ad Wednesday, focusing on the president’s purported lack of coronavirus preparations.