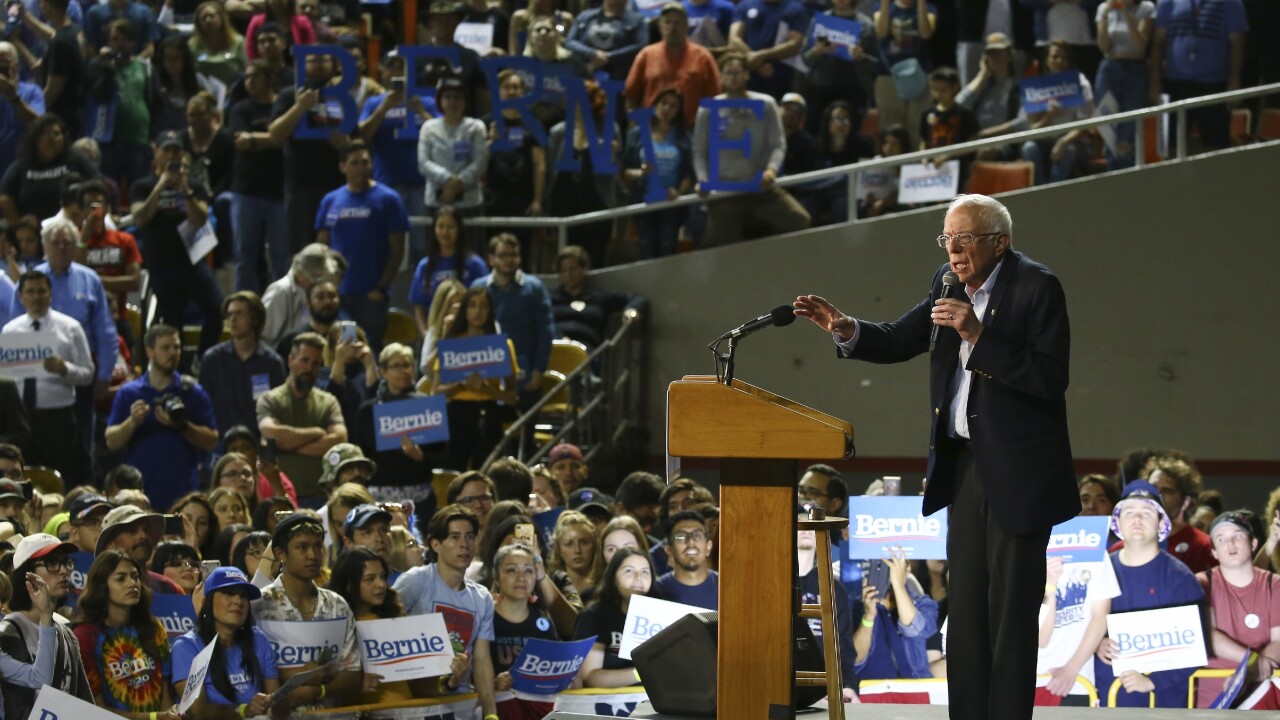 WASHINGTON — The display of a Nazi flag during a Bernie Sanders campaign rally in Arizona is drawing condemnation from Jewish groups amid ongoing worries about Democratic candidates' security at public events.

The incident at the Sanders rally in Phoenix, images of which began circulating online soon afterward, also elicited warnings about anti-Semitism directed at the Jewish Sanders.

The Democratic presidential candidate has talked about members of his father's family being “wiped out” by the Holocaust.