Elizabeth Warren addresses US base attack at Brooklyn rally 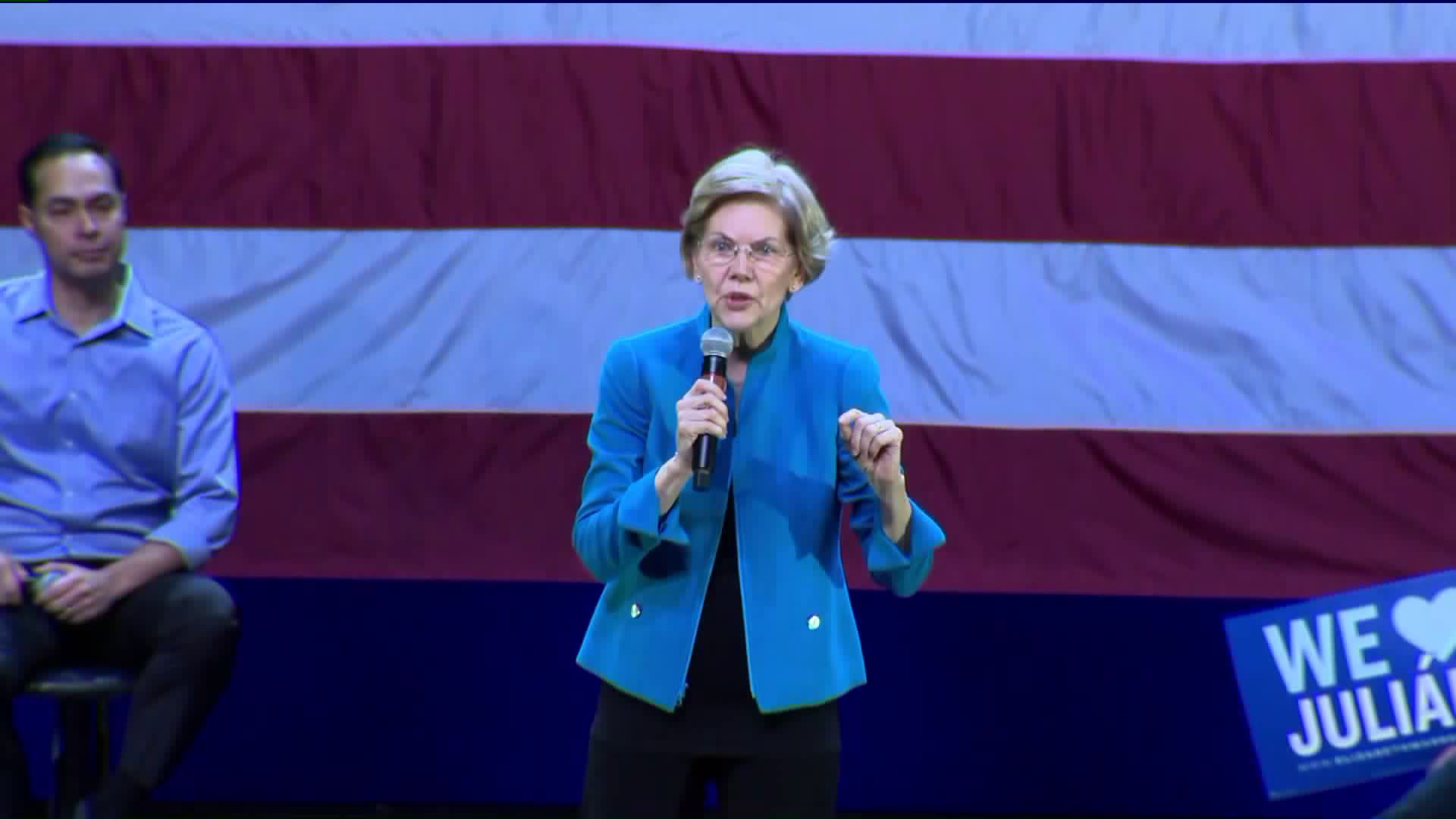 Once on the stage inside the Democratic Presidential candidate wasted no time addressing the escalating tensions with Iran.

For the second time in the last few months, Senator Elizabeth Warren brought thousands to an event in New York City.

Before even going inside, Warren addressed hundreds who couldn't get in to Kings Theater in Brooklyn.

Warren addressed the the attack on a US base in Iraq.

"This is a reminder about why we need to de-escalate tension in the middle east," she said. "The American people do not want a war with Iran."

The main reason for Tuesday's event was for Warren to receive the endorsement of former HUD Secretary Julian Castro, who himself dropped out of the race last week.