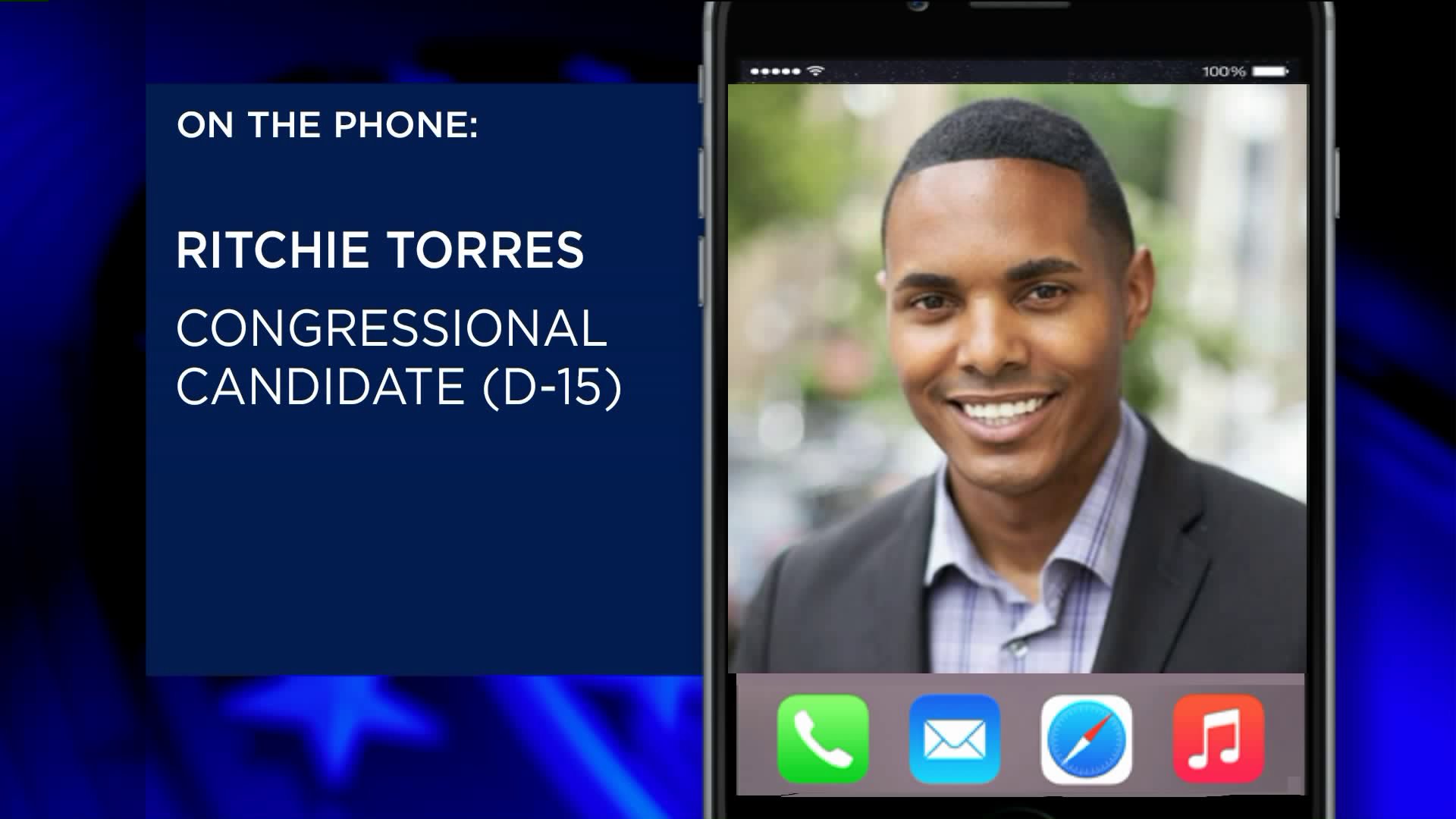 Councilman Ritchie Torres joined the PIX11 Morning News by telephone Wednesday to chat about his campaign.

SOUTH BRONX — New York City Councilman Ritchie Torres is so far leading the primary race for the 15th Congressional District, representing most of the South Bronx.

As of Wednesday morning, Torres is ahead of 11 other candidates, including Michael Blake and Ruben Diaz Sr., with 30% of the vote.

The winner will face off with Republican Orlando Molina in November’s general election.

Torres joined the PIX11 Morning News by telephone Wednesday to chat about his campaign.

“This was the craziest possible race at the craziest possible moment. At one point, I even contracted COVID-19 as a congressional candidate,” Torres said. “But I’m proud of the campaign that I’ve run. I’m proud of the grassroots support that we had in the South Bronx. But I’m insistent that we have to count every ballot because any declaration of victory is premature before the counting of every vote.”

The election process looks very different this year, with the state allowing anyone to vote by absentee ballot in an effort to reduce the spread of COVID-19 at in-person polling locations.

According to elections officials, about 1.8 million people in the state requested absentee ballots by mid-June and had until Tuesday to postmark them.

It could take several days to call some primary races as election officials continue to count ballots.