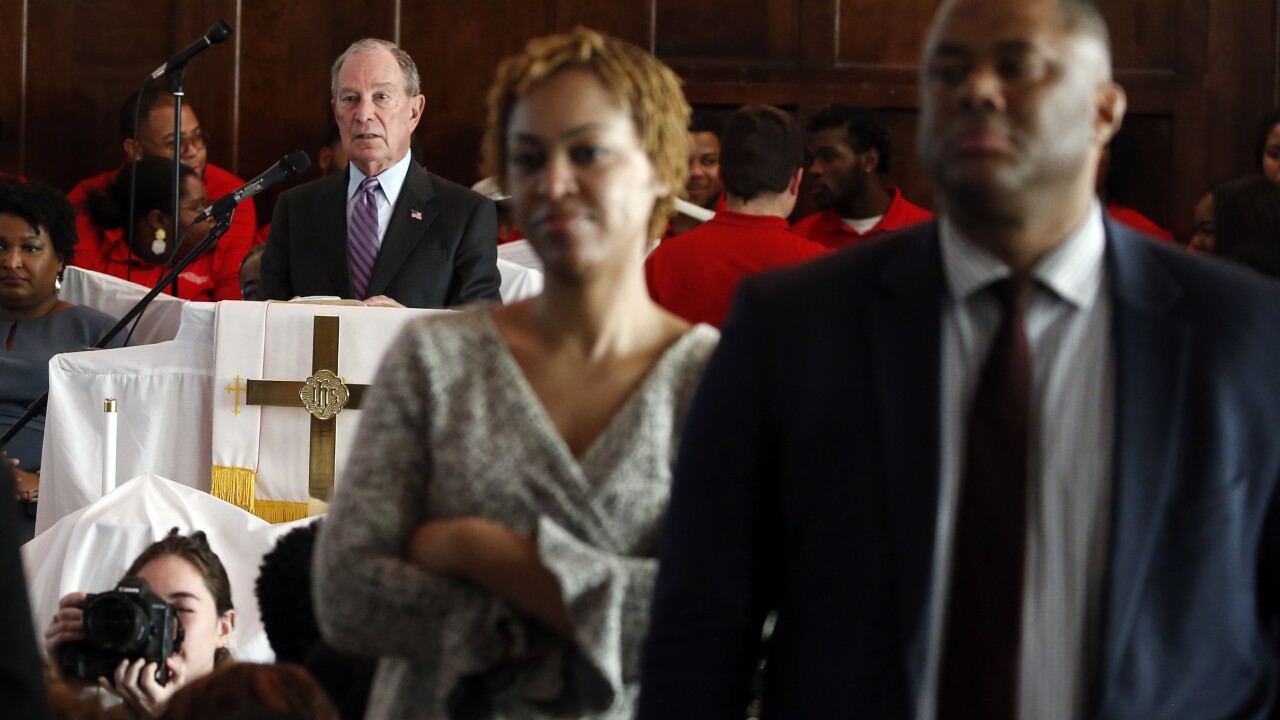 (Copyright 2020 The Associated Press. All rights reserved. This material may not be published, broadcast, rewritten or redistributed.)
Butch Dill/AP
Members turn their backs on Mayor Michael Bloomberg in protest as he speaks at Brown Chapel AME church Sunday, March 1, 2020, in Selma, Ala. (AP Photo/Butch Dill)

SELMA, Ala. — Mike Bloomberg is getting a rough reception to his remarks at a Bloody Sunday memorial service at a church in Selma, Alabama.

The pastor who introduced him noted the mayor initially declined an introduction to visit the church before eventually agreeing to come to the event, and praised him for changing his mind. Bloomberg took the stage and said that, after campaigning in dozens of cities, “I have tried to listen and I have tried to learn.” He added: “I didn’t agree with everything I heard, but I certainly gave people the opportunity to change my mind.”

The former New York mayor went into a speech focused on injustices faced by the black community and his policies to address racial inequality. But near the end of his speech nearly a dozen attendees in the pews stood up and turned their backs to the candidate.

Bloomberg has faced sharp criticism from his opponents and some activists over his use of stop-and-frisk policing tactics while mayor, as well as his racially charged comments justifying the practice. He launched his campaign with an apology of his use of stop-and-frisk, and has released a handful of policies aimed at eliminating the racial wealth gap and reforming the criminal justice system.

He has not competed in any of the early primary states and has yet to prove his appeal among black voters. He will be on the ballot for the first time on Tuesday.