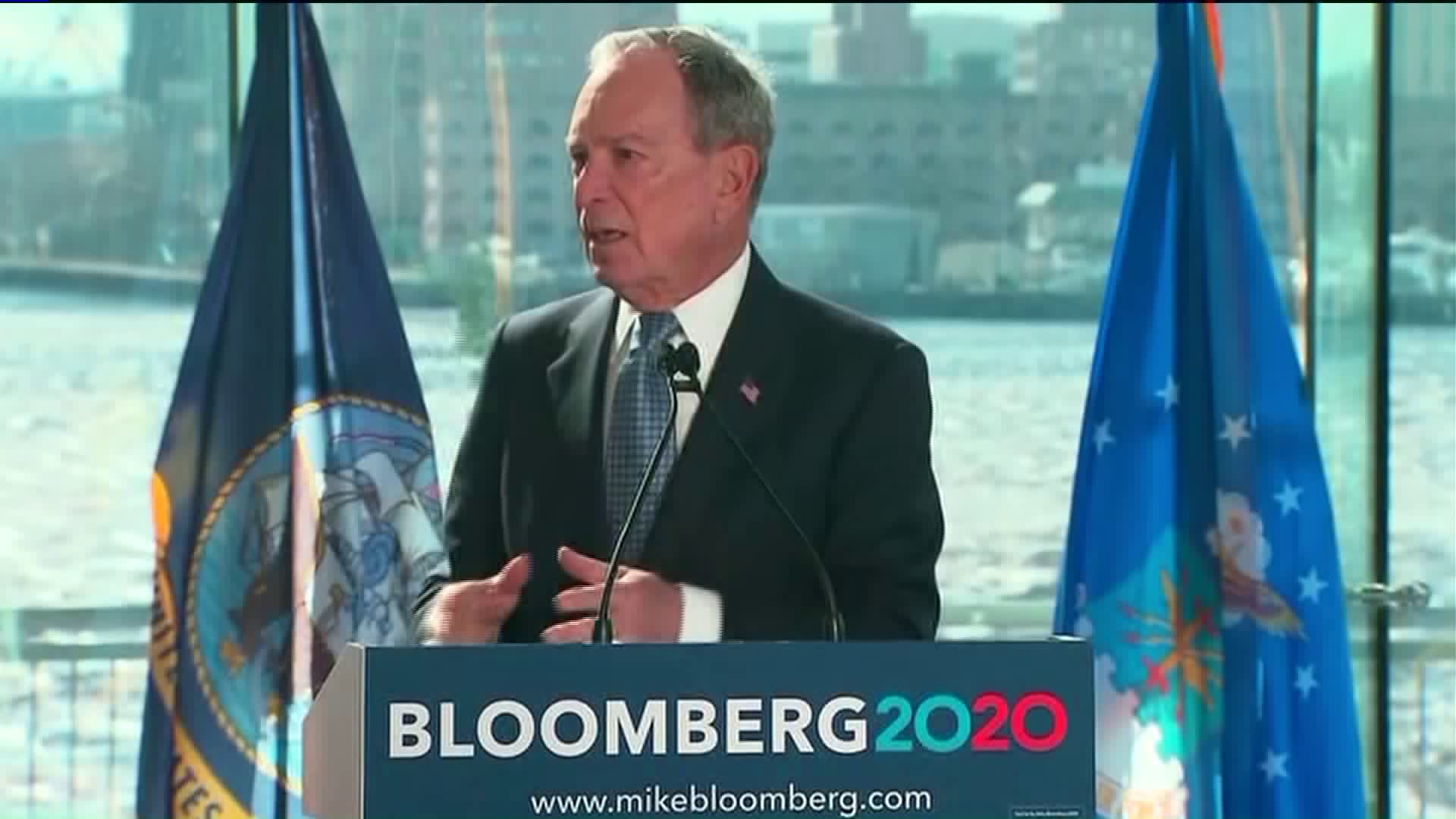 Friday former Navy Secretary Richard Spencer, a lifelong Republican who was fired by President Trump, gave a big boost to Bloomberg’s campaign with an endorsement.

“It’s essential to have people tell the emperor he is not wearing clothes,” Bloomberg quipped during the Spencer endorsement event in Virginia.

But many Democrats are in no laughing mood right now.

There was essentially a two way tie for first-place in Iowa between progressive firebrand Senator Bernie Sanders and the more moderate midwest mayor Pete Buttigieg.

Fueling the fears among Democrats is President Trump, fresh off impeachment acquittal, touting a strong economy, and needling Democrats about the failure to quickly and accurately count votes in Iowa.

“They couldn’t even take a simple tabulation, and yet they’re telling you how to run the country and healthcare,” Trump said Friday.

Friday night’s debate in New Hampshire ahead of that state’s primary may not do much to calming the concerns of Democrats. It’s shaping up as a contentious affair with Biden looking to retake control of the race, and Buttigieg and Sanders going head-to-head after success in Iowa.