Biden won't commit to backing Sanders if he's the nominee 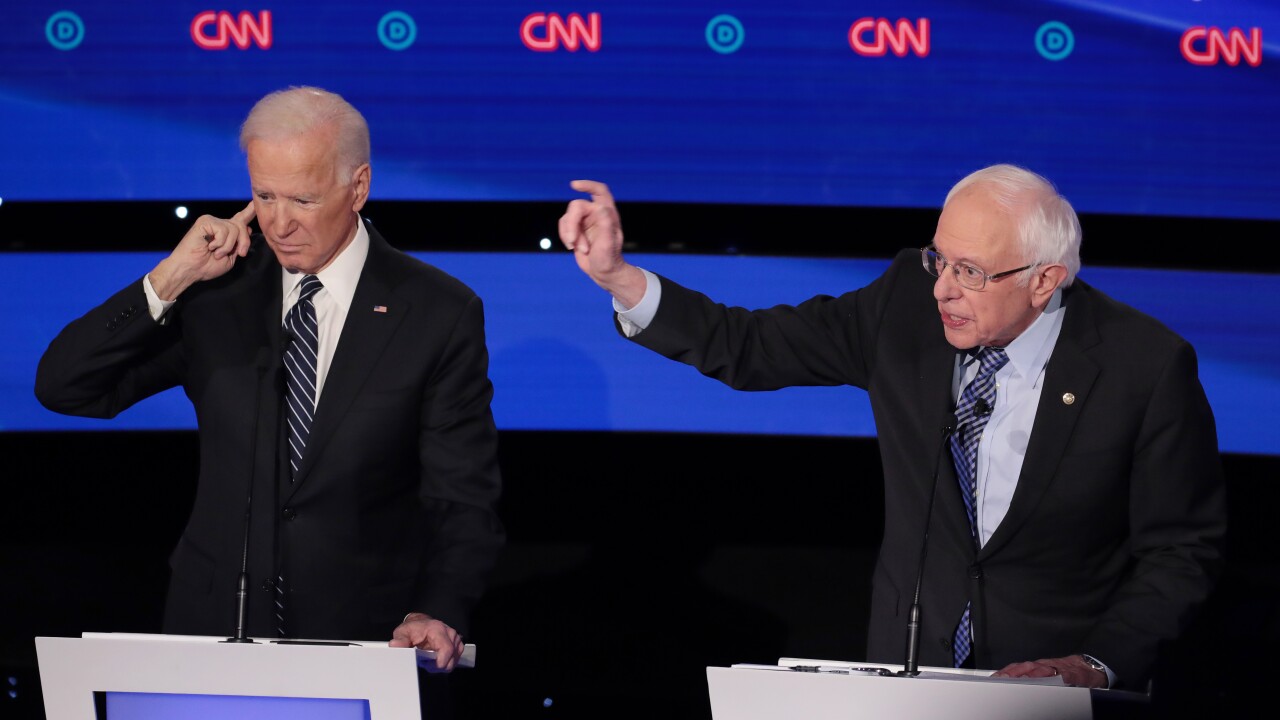 Biden said Tuesday that he won't make any judgments now and that his decision could depend on how the two men treat each other as the primary fight plays out.

Tensions between Biden and Sanders have escalated recently.

The two men reflect the larger ideological battle between a Democratic establishment in which Biden has spent his career and the progressive left that has surged in influence since Sanders' failed bid for the Democratic presidential nomination in 2016.